By Paula Wilson on August 4, 2014 in Articles › Entertainment

Well, it's official.  "The Big Bang Theory" has pulled a "Friends".  The ensemble comedy about a group of geeks, and the hot neighbor across the hall, is now one of the few sitcoms in history to pay its main cast members $1 million per episode.  That's a lot of money, and in the case of the cast of "The Big Bang Theory", they've inked their million dollar deal across multiple seasons.  As long as the show remains popular, they'll be rolling in dough for another few years.  So why the pay raise, and what makes a network choose to shell out such big bucks?  Read on for all the money secrets of a hit show…

"The Big Bang Theory" was created by Chuck Lorre and Bill Prady.  Chuck Lorre's sitcom pedigree is extensive.  He's the man behind "Dharma and Greg", "Grace Under Fire", "Cybill", and "Two and a Half Men".  He also produced "Roseanne" and "Mike & Molly".  Bill Prady began his professional career as a writer, working on "The Muppet Show", and then moving on to writing and producing such shows as "Married… with Children", "Dream On", "Star Trek: Voyager", "Dharma & Greg", and "The Gilmore Girls".  Long story short, when these two men pitch an idea to a studio, studio executives listen.  The pair, along with co-executive producer, Steven Molaro ("All That", "What I Like About You", "Drake & Josh", "Zoey 101", "iCarly"), also share writing duties.  In the off-chance that you're not a fan of the immensely popular show, here's a quick rundown:  The program follows the adventures of a pair of physicists who are also roommates, as they interact with the pretty, no-nonsense actress who lives across the hall, and their assortment of oddball science friends.  Hijinks ensue.

The show began airing on September 24, 2007, and over the course of seven seasons, it has wracked up a slew of major awards, including multiple Emmy Awards, Golden Globes, and SAG Awards.  It is the #1 comedy on television in terms of viewership, and most importantly, it is the run-away winner when it comes to repeat viewership.  There are some weeks when it does better in syndication than in its regular time-slot.  It is that fairly simple statistic that makes the show invaluable to its parent companies CBS and Warner Bros.  So valuable in fact, that they were willing to work out massive deals with the shows three main stars, as well as significant raises for two of the major co-stars, with negotiations still in the works for the show's two remaining primary players.  "The Big Bang Theory" has become CBS' tent-pole show, and the cast, and their agents, managers, and lawyers, are very aware of this.

It is the three main stars, Johnny Galecki, Jim Parsons, and Kaley Cuoco, who will most benefit from their new contracts.  As the show has gone from minor to major hit, the cast members' salaries have increased.  For Galecki, Parsons, and Cuoco, this has meant a jump from less than $60,000 per episode in Season 1 to $350,000 per episode in Season 7, plus .25 point of the backend take for the show.  At the end of Season 7, they began negotiations for another increase.  This time the jump was bigger and they were asking for considerably more.  After lengthy negotiations, the three actors came away absolutely golden.  Here's a breakdown of just how much they gained.

A.  Salary increase to $1 million per episode, putting them firmly in "Friends" territory.

B.  Three year deal. They are now locked in for three more seasons at this rate.  There is nothing sweeter than job security when you're an actor.

C.  An increase in backend points.  The trio jumped from .25 to 1.0+.  This means that they get additional money from any tie-ins, merchandising, DVD sales, Netflix rentals, and the list goes on.

D.  A significant signing bonus.  No word on the actual amount, but it was reportedly sizable. 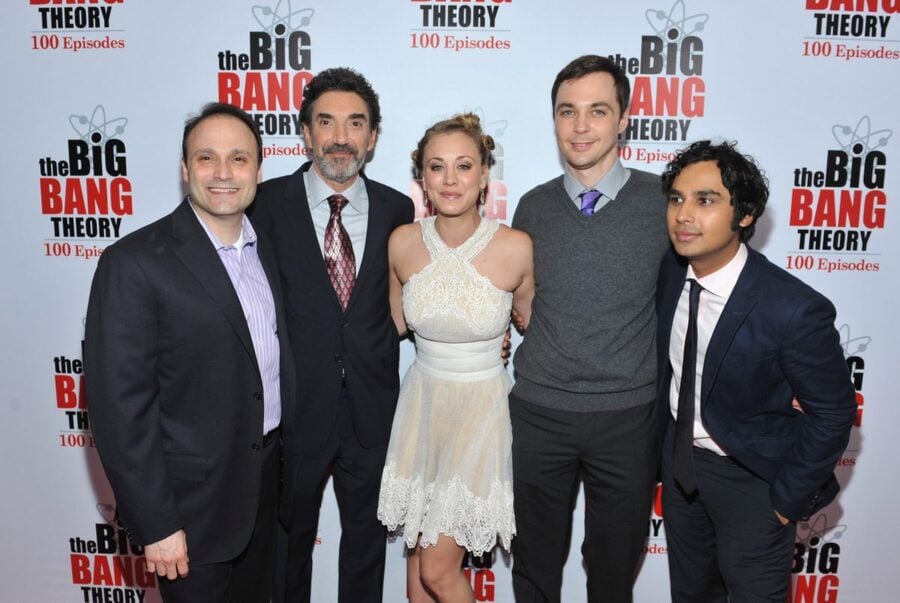 If you tally everything together, they each stand to make around $90 million each over the lifetime of the contract.  That's an incredible amount of money for any actor to make, and it's almost unprecedented in the television world.  While you think the studio would balk, "The Big Bang Theory" is making them so much money, that their stars' larger paychecks make barely a blip.  Between ad revenue for new episodes, syndicated episodes, tie-ins, merchandising, rentals, and sales, "The Big Bang Theory" pulls in $1 billion in profits for Warner Bros. Television.  With the show set up for production through Season 11, there is a good chance that that number will increase two-fold.  From where studio executives are sitting, investing a little extra in the show's stars is only good business.  Now all that's left to do, is to make sure that the show remains funny and popular.  Mind you, maintaining popularity requires a special equation that not even a group of geniuses can figure out.