Fashion Empire or Copyrighting Christian Cult? The Strange Story of the Forever 21 Founders

By Amy Lamare on January 19, 2014 in Articles › Entertainment

Fast fashion is big business and no one does it quite as well as retailer Forever 21. For those who are unfamiliar with the store, it's a the best place at the mall to pay $19.95 for a sweater that happens to be spot on with current fashion and seasonal trends. Forever 21 was founded in Los Angeles in 1984 by Do Won Chang and his wife Jin Sook Chang. Born again Christians, the Changs have infused Jesus themes throughout their business.

But the Chang's success has not come without controversy. They have been sued for everything from copyright infringement to factory conditions. Now they find themselves facing a Labor Department investigation related to a new policy of cutting hours of full-time employees so that they allegedly don't have to provide health insurance under the tenets of the Affordable Care Act. Let's take a look at how these Korean immigrants built their fast-fashion empire and $5 billion fortune.

Do Won and Jin Sook Chang arrived in Los Angeles in 1981 during an interesting time for the local fashion producers. At the time, Korean immigrants, like themselves, were basically taking over the entire garment industry. A Korean-American culture developed from manufacturing to wholesale to retail. It was insanely competitive, weeding out those who did not have the necessary speed, flexibility, and vision. Do Won and Jin Sook Chang thrived in this environment. 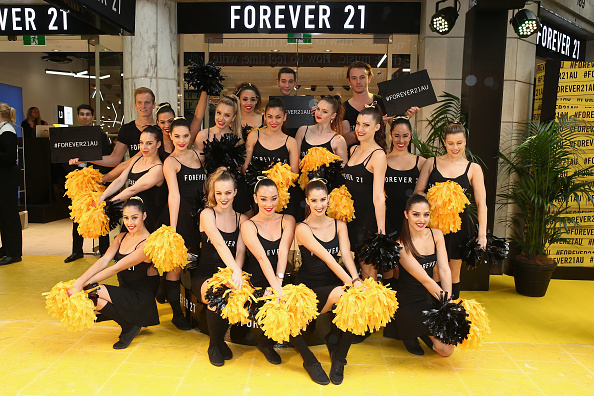 The Changs came to Los Angeles with a bit of an edge. Do Won had started the first coffee and juice delivery service in Korea while Jin Sook had been a hairdresser. As veterans of the service industry, they had an idea of what it would take to make it in the Los Angeles fashion industry. The couple had dreams of owning their own business in Los Angeles and set out with a single minded focus to make this happen. While Mr. Chang worked as a gas station attendant and janitor, the couple scraped together enough to open a 900 square foot clothing store called Fashion 21. It was on a street in the Los Angeles neighborhood of Highland Park, adjacent to the garment district known for low rents. The Changs focused their store on teens, filling it with cheaply made, skimpy clothing all made by Korean-American manufacturers and with each and every item sold in the store personally chosen by Jin Sook.

Jin Sook had a knack for spotting trends that were easy to copy, and this savviness allowed Fashion 21 to make $700,000 in sales in its first year in business. The Changs attribute at least part of their success to a Higher power. As born-again Christians, Mrs. Chang has said she was at the top of a mountain in Los Angeles praying when God told her that if she opened a clothing store she would be successful. The couple has donated millions of dollars to Christian missions around the world.

In fact, the Changs make no secret of their faith, displaying in black lettering on the bottom of every bright yellow Forever 21 shopping bag "John 3:16" the Bible verse that states "For God so loved the world that he gave his one and only Son, the whoever believes in him shall not perish but have eternal life."

Fashion 21 caught on quickly because the Changs figured out how best to showcase the merchandise to make sure it moved. What was new, hot and trendy had to be up front in the store. According to industry analytics, Forever 21 turns over 20% of its merchandise every week. That's twice the rate of most other clothing stores. The lesson to the consumer? If you see something at Forever 21 that you want, you better buy it right now because it may not be there tomorrow.

That first Fashion 21 store, eventually renamed Forever 21, is still operating on North Figueroa Street in Highland Park. The company now has stores spread throughout Los Angeles, the U.S., and overseas, but one of the chain's largest is just 25 miles away from its original outpost. Forever 21 at the Los Cerritos Center just over the border in Orange County, California is an 86,000 square foot, two story store divided into 22 mini shops within the store. It is basically a department store that only sells Forever 21 brands with 131 fitting rooms. It used to be a Mervyn's.

Do Won and Jin Sook Chang have built Forever 21 into a multibillion dollar business with no advertising or marketing. The couple rarely grants interviews, and for many years, the Forever 21 company headquarters didn't even have the sign outside. The Changs' reluctance to make themselves or their company's headquarters accessible to the public and press may have something to do with the multitude of lawsuits they've faced.

The lawsuits are many, varied in scope, and have been pretty much continuous for more than a decade. In 2001, the Asian Pacific American Legal Center and the then newly created Garment Worker Center filed a lawsuit against Forever 21 on behalf of 19 workers. The lawsuit alleged that the Changs participated in unfair business practices and wage violations. Workers from seven different small factories made up the lawsuit. In it they alleged they were working under sweatshop conditions to produce garments for Forever 21. Although the company claimed they had no idea about the working conditions in the factories, it was impossible for the Changs to claim ignorance and the women won a $4 million settlement from Forever 21.

Several months later in October 2001, another group of workers launched a national boycott of Forever 21. The boycott lasted for three years and Forever 21 sued them for defamation, causing several of the manufacturers to settle. When a judge ruled in 2004 that the case had merit and could proceed, Forever 21 settled. The terms of the settlement are confidential. A documentary about the lawsuit and boycott, Made in LA, aired on public television and won an Emmy in 2008.

I imagine it was hard for the Changs to be too concerned with that Emmy winning documentary or their legal troubles as they were already embroiled in new litigation. In 2004, Forever 21 debuted new lines and brands designed to appeal to more sophisticated and older shoppers. After all, teens only have so much money, but if you can tap into the 25-45 year old demographic, you can sit back and count your cash. These lines looked awfully familiar to a lot of designers and over the next few years, everyone from Diane Von Furstenberg to Anna Sui to Anthropologie (as well as about 47 other labels and designers) sued Forever 21 separately for copying their clothing. The company maintained its earlier claims of ignorance in this new round of litigation, saying that they had to trust their buyers and couldn't possibly police each and every vendor to know how they came up with their designs.

The problem, of course, lies in U.S. copyright law, which only protects original prints and graphics, not the actual designs themselves. This makes these sorts of cases very had to prove. Diane Von Furstenberg, Anna Sui, and Anthropologie did win settlements against Forever 21, the details of which are confidential.

Forever 21 has been particularly dismissive of the many claims waged against them. To their business model, this is simply a cost of doing business in the fast fashion space. To thrive, illegal copying has to be a part of their business model. Their customers get a thrill from getting the latest fashions at a fraction of the cost at department stores and specialty retailers. In 2005, an intern for designer Virginia Johnson saw a skirt in a Forever 21 with a print very similar to one that the designer had sold at Barney's for $175 the previous season. At Forever 21 that skirt was selling for under $18. When Virginia Johnson's attorney contacted Forever 21, he was told of the policy the company has for these scenarios. They offered Johnson 10 percent of the $40,000 of skirts they had sold so far.

Through these policies, Forever 21 has largely avoided going to trial and that's a good thing, as a trial would surely expose the Changs to greater liability. Remember those garment workers that sued for sweatshop conditions in 2001? The Changs claimed ignorance as to the working conditions in the factories. A May 2009 testimony revealed that one of Forever 21's largest suppliers, One Clothing, is owned by Mr. Chang. Oh, and by the way, that is the very same supplier that Forever 21 reached a settlement with in 2004.

The many copyright infringement lawsuits finally did impact how Forever 21 does business. In recent years the company has taken the design of their more sophisticated lines in house as well as embarked on designer collaborations especially for the brand.

It is integral to Forever 21's success that customers are able to find the latest fashions they've seen on their favorite celebrity for cheaper. A biker jacket worn by Taylor Swift by designer Rick Owens may retail for $2,675, but the knockoff at Forever 21 is just $37.80. Sure, the Forever 21 version may literally disintegrate after a handful of wearings, but what do you expect at that price point? Their customers understand they are not getting the highest quality, but in fashion, often getting the look that you want is the most important thing.

Forever 21 has moved most of its manufacturing out of Los Angeles. It is simply more cost effective for the company to have its clothing produced in China, Pakistan and Vietnam. Only 20 to 30 percent of Forever 21's merchandise is still made in Los Angeles and that is only because those are items that require very fast turnarounds. The Changs may have found a way to work around the sweatshop and copyright infringement allegations, but that hasn't totally stemmed the tide of lawsuits befalling the company.

More recently, in March 2013, after failing to fully cooperate with a Labor Department investigation, Forever 21 was ordered by a California district judge to produce all subpoenaed documents. The $3.7 billion in sales retailer has been sued by workers for sweatshop conditions, sued more than 50 times for copyright infringement, and now they face the long arms of the Labor Department.

In August 2013, the company announced it would limit hours of some full-time employees to no more than 29.5 hours a week, slightly below the 30-hour week that qualifies workers as full-time under the Affordable Care Act. It denied move was related to the health care act and instead tied it to projected store sales. A disgruntled employee caused an internet uproar this summer by leaking the following letter:

According to the letter, a significant amount of employees will lose not just their health insurance but their paid time off as well – both holiday and vacation pay.

Do Won and Jin Sook Chang have made billions, clothed millions, and avoided some potentially nasty trials by settling out of court. How long can their luck last? It's only a matter of time before the way they do business and the way they treat employees, vendors, suppliers, and designers catch up with them.

I wonder what Bible verse would best describe that situation. It will be karma at its finest.