By Amy Lamare on October 20, 2017 in Articles › Entertainment

For decades Harvey Weinstein had the Midas touch. He made the best movies. Threw the best parties. Lived the best life. Or so it seemed. All of that is over now that it has been revealed that the movie mogul sexually harassed or assaulted more than 30 women over three decades. He has been fired from The Weinstein Company, the film production and distribution firm he co-founded with his brother. Disney has removed him as a producer on the upcoming film "Artemis Fowl." He has been kicked out of the Academy of Motion Picture Arts and Sciences. He has been kicked out of the Producers Guild and Amazon cancelled a high profile, $160 million series with Robert DeNiro that The Weinstein Company was producing. Now, the fashion line founded by his soon to be ex-wife, Georgina Chapman, is in jeopardy thanks to his involvement in promoting the brand. 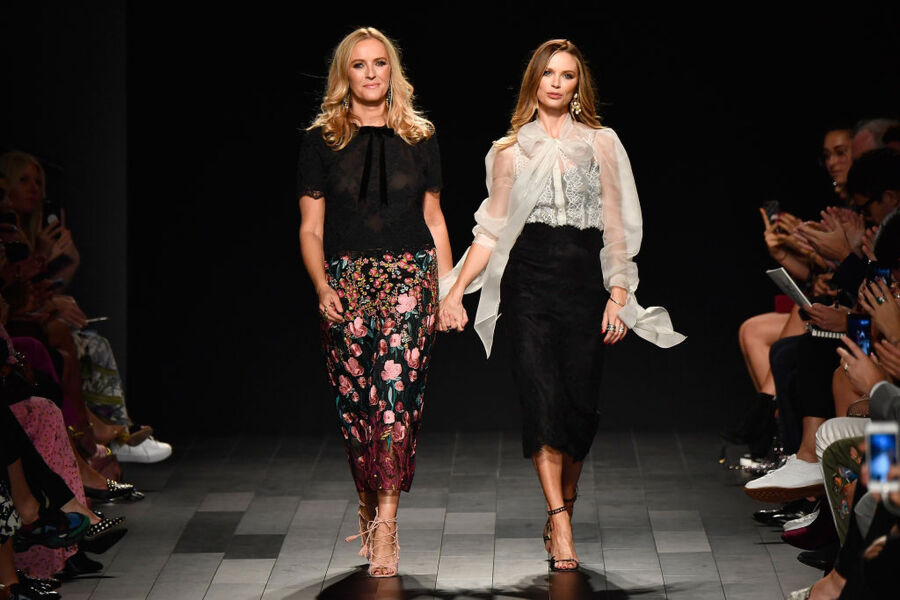 Marchesa had plans to release an exclusive new collection of engagement rings in a deal with Helzberg Diamonds. That deal fell apart on the same day that The New York Times published the first article on the sexual harassment allegations against Harvey Weinstein. Chapman and her co-founder, Keren Craig, made the decision to cancel Marchesa's summer 2018 preview show which was planned for late October. People on social media are calling for a boycott of the brand on social media. Employees of the company have been quitting in droves in fear that Marchesa will not recover from its association with Weinstein.

Marchesa's bread and butter is their collection of bridal gowns. The brand's customers, mostly their brides are turning on the brand. They do not want to associate their wedding day with a known sexual harasser. One of the brides abandoning Marchesa is Lila Feinberg, the ex-fiancé of the Amazon programming head that was accused of sexual harassment. Feinberg was planning to walk down the aisle in a custom Marchesa gown, but broke it off with Roy Prince after his allegations became public.

Marchesa is also at risk of losing its very important red carpet business. Actresses including Renee Zellweger, Blake Lively, and Cate Blanchett are known for wearing Marchesa gowns on the red carpet. It was revealed that Weinstein strongly advised that actresses in The Weinstein Company projects wear Marchesa on the red carpet. That association is likely to taint this aspect of the fashion company's business as well.

The Hollywood Reporter quoted an anonymous New York based fashion publicist as saying:

"No star is ever going to want to wear the brand again."

However, all is not lost for Marchesa. Chapman did disassociate herself from her husband as soon as the news broke. That fact is not lost on the fashion media. Venerable magazine editor Anna Wintour told The New York Times:

"I feel horrible about what these women have experienced and admire their bravery in coming forward. My heart goes out to them, as well as to Georgina and the children."

Wintour is a longtime friend of Chapman and Weinstein and has featured Marchesa prominently in the pages of Vogue over the years. Wintour's support of Chapman, especially if she paints her as another victim of Weinstein, could pave the way for Marchesa to flourish in its second act—even if stars no longer wear the gowns on the red carpet.