Famous Couples Who Married Without A Pre Nup

By Amy Lamare on October 26, 2018 in Articles › Entertainment

Justin Bieber and Hailey Baldwin recently tied the knot after a whirlwind courtship. Justin is just 24 years old and Hailey is 21 years old. They did not have a pre nup before they got hitched. That's not great news for Bieber who has a net worth of $265 million. The simple fact of the matter is that the odds are stacked against their long term success. Marriage is hard enough, let alone when you are so young. By contrast, Hailey Baldwin has done some modeling and acting and has a famous dad. Her net worth is $2 million. Should the two hit a rough spot and call it quits, Bieber's fortune is at risk.

Bieber and Baldwin aren't the only famous couple to skip the pre nup. In some cases, the wealthier spouse ended up forfeiting their fortune. In other cases, the divorce and settlement were more amicable. Below are eight celebrity couples that decided to skip the pre nup and hope for the best. 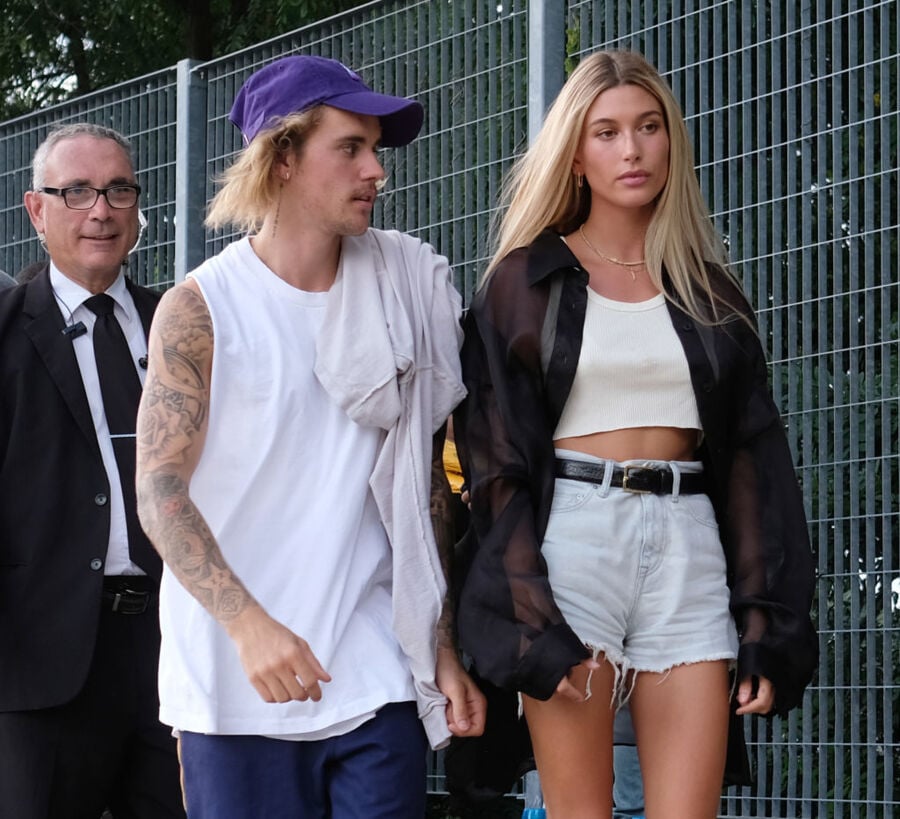 When Reese Witherspoon and Ryan Phillippe got married in 1999 they were 23 and 24 years old and rising stars. However, it turns out that Reese went on to be a major movie star and Ryan… not so much. Reese won an Oscar for Walk the Line, which boosted her per movie payday to $20 million. Meanwhile, Ryan's per-movie rate was stuck around $2.5 million. They filed for divorce in 2005 and Phillippe got half of Reese's money. You'd think that would have taught Reese a lesson but when she married talent agent Jim Toth in 2011, she once again did not have a pre nup.

Katy Perry and Russell Brand got married in 2010 after about a year together. They had a lavish ceremony in India but no pre-nup. Brand filed for divorce 14 months later and he could have walked away with half of Katy's sizable fortune. He didn't however. He signed the $6.5 million house they bought together over to her and walked away.

Madonna married film director Guy Ritchie in 2000 without a pre nup despite her vast fortune. Eight years later, they divorced and that cost Madonna about $92 million, despite Ritchie being a multi-millionaire in his own right.

When Jessica Simpson married Nick Lachey in 2002 she was 22, innocent, and a virgin. She couldn't even conceive of a world in which she would get divorced. However, a few years later, that is exactly what happened. They filed for divorce and at the time Jessica had about a $35 million fortune. She offered Nick $1.5 million but he held out for more and ended up getting it.

At the end of Frasier's 11-year run, Kelsey Grammer was making $1.6 million per episode. However, according to his third wife Camille, he was not good with money. She filed for divorce in 2010 after 13 years of marriage and went after half of Grammer's then $120 million fortune. As they had no pre nup, he couldn't stop her. When Camille met Kelsey he was broke and a drug addict. She helped him clean up his act. Kelsey remarried two weeks after his divorce was final.

When Roseanne Barr and Tom Arnold got married in 1990 they opted not to have a pre nup. That was bad news for Roseanne. When they divorced in 1994, Tom Arnold walked away with $50 million of Roseanne's net worth.

Sir Paul married model Heather Mills in 2002. The wedding cost $3.2 million. Everyone urged him to sign a pre nup. He did not. After all, he'd been married for 29 years and that only ended because his wife died. When McCartney and Mills divorced, she went after a huge chunk of his fortune. She ended up being awarded less than she asked for but still got $35 million for six years of marriage. McCartney remarried in 2011, once again without a pre nup.

JLo married back up dancer Cris Judd in 2001 fresh off her three year relationship with P Diddy. She did not have a pre nup and when she and Judd divorced just nine months later, he ended up getting $15 million of Lopez's money. When she married Marc Anthony, she once again skipped the pre nup.