Facebook Graffiti Artist Who Took Stock Instead of Cash Now Worth $500 Million!

Back in 2005, Facebook CEO Mark Zuckerberg asked a little known graffiti artist named David Choe to plaster graffiti all over the social network's Palo Alto office walls. Zuckerberg offered Choe $60,000 cash to complete the job. Sixty grand is a meaningful amount of money for any young graffiti artist… right? Well, Choe boldly declined the cash and instead requested to be paid in $60,000 worth of Facebook stock. Guess how that turned out…

Choe's request for stock instead of cash may go down as one of the smartest financial moves anyone has ever made in history. Before Facebook went Public, the company was expected to achieve a $100 billion valuation. At that market cap, Choe's stake would have been worth $500 million! When Facebook finally went public in September 2012, the value of Choe's stake fluctuated as the stock price struggled to find stability. The other problem was that Choe could not sell any shares for at least six months.

It's still unclear if Choe has sold any of his shares but assuming he did not: As of August 6, 2013, Facebook's market cap is $93 billion. That means today Choe's estimated .5% equity stake would be worth $465 million! And to blow you mind even more, Choe has recently admitted that he is not a very big fan of social media, and at the time he was hired, thought Facebook was "ridiculous and pointless." 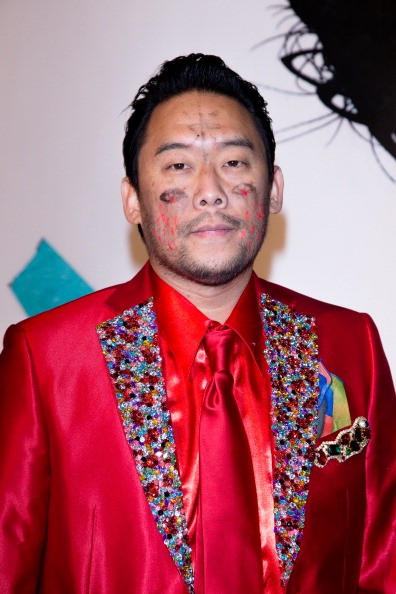 Since painting that first mural at Facebook's headquarters, Choe has painted many more including all the walls of their brand new office complex. He has also gone on to be a fairly successful artist in his own right. A portrait he created of Barack Obama during the 2012 Presidential campaign was displayed at the White House. Here is a video of Choe painting some of the newer walls at Facebook with the help of CEO Mark Zuckerberg:

Do you think graffiti is worth $500 million? Makes you want to go out and buy some spray cans and start practicing on your local freeway overpasses!