The Fabulous Life Of Tom Brady And Gisele Bundchen

By Amy Lamare on February 4, 2017 in Articles › Entertainment

He's an NFL Quarterback. She's a Brazilian Supermodel. They are talented, gorgeous, successful and fabulously wealthy. They are the real life Barbie and Ken. Tom Brady and Gisele Bundchen are one of the most famous couples in the world. Who wouldn't want to be them? Tom Brady has four Super Bowl rings (and is playing for his fifth on February 5th). Gisele Bundchen has walked catwalks and graced magazine covers across the globe. He's a Super Bowl MVP. She's a former Victoria's Secret Angel. They are pretty much perfect, aren't they? Tom Brady has a net worth of $180 million. Gisele Bundchen has a net worth of $360 million.

Tom and Gisele were set up on the mother of all blind dates in December 2006. He had recently broken up with actress Bridget Moynahan, who would soon reveal she was pregnant with their first (and only) child. Gisele had a string of high profile romances in her past, including five years as Leonardo DiCaprio's model of the moment. 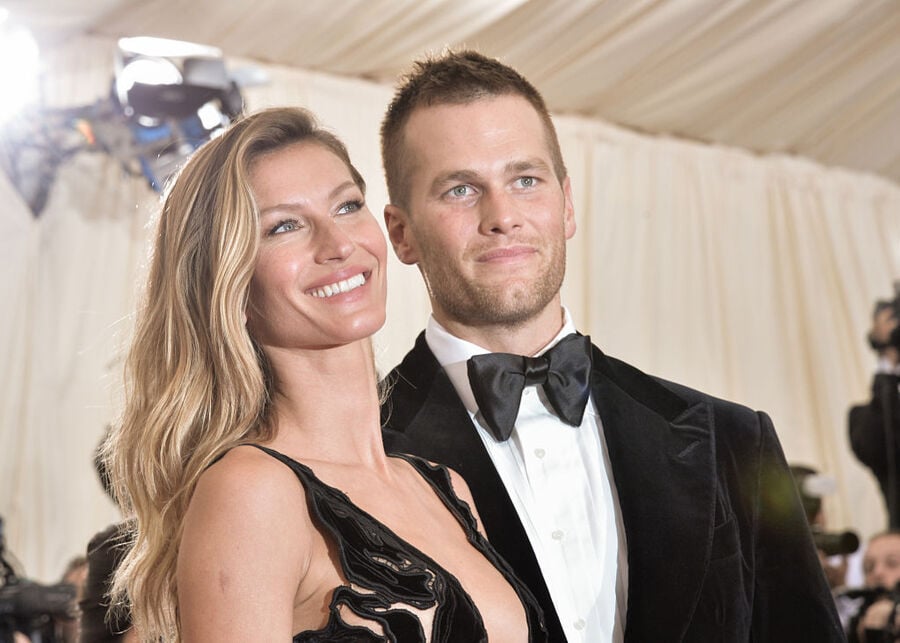 Of their first date, Gisele has been quoted as saying:

"I knew right away — the first time I saw him. We met through a friend. The moment I saw him, he smiled and I was like, that is the most beautiful, charismatic smile I've ever seen! We sat and talked for three hours and I knew he's the one, with common beliefs and integrity. I had to go home for Christmas, but I didn't want to leave. You know that feeling of, like, you can't get enough? From the first day we met, we've never spent one day without speaking to each other."

Popular rumor has it that Tom proposed to Gisele on Christmas Eve 2008 on a private jet filled with white roses, champagne, and a few close members of their families.

The high profile couple has been involved in a number of stunningly expensive real estate deals. They famously built a nearly 14,000 square foot eco-friendly megamansion in Los Angeles' Brentwood neighborhood. Nearly the moment it was done, they put it on the market. Dr. Dre purchased it for $40 million. With a combined net worth of $540 million, there isn't much they can't do – real estate related, or otherwise.

Gisele, 36, retired from modeling in the spring of 2016. Tom Brady, at 39, will one day soon hang up his football helmet and these two can enjoy life with the fortunes they've built. In the meantime, Tom has at least one more Super Bowl to play. Sunday, February 5th, we will all know if he gets his fifth Super Bowl ring, or not.

And hey, even if the Patriots lose, Tom Brady still wins. After all, he goes home to a Brazilian super model wife.