By Amy Lamare on November 12, 2018 in Articles › Entertainment

Back in 2013, Don Ressler and Adam Goldenberg had an idea. They are the founders of the TechStyle Fashion Group, parent company of shoe subscription companies JustFab and Shoe Dazzle, and they thought that the world needed a new athleisure brand. Athleisure has thrived in recent years not only because of the fitness trend, but because Americans have embraced dressing down and being comfortable. Athleisure is a broad category that is made of athletic apparel that can be worn outside of the gym – like women's yoga pants or executives wearing sneakers with their suits. Athleisure is not a fad. It is not a trend. Ressler and Goldenberg recognized that. But back in 2013, there wasn't a stylish, colorful, reasonably priced, quality athleisure brand out there. Pretty much all of the brands out there five years ago carried nearly exclusively black and gray workout gear and overpriced it. For instance, Lululemon's tights cost $98.

Ressler and Goldenberg wanted to change that, but they needed a partner. Kate Hudson was the first person they thought of. They saw her as approachable and friendly. She has an active lifestyle. She was the perfect pitchman for their subscription-based athleisure brand. In just five years, Fabletics has grown into a $300 million company that is designed to be inclusive (it offers a range of sizes) and empowering. 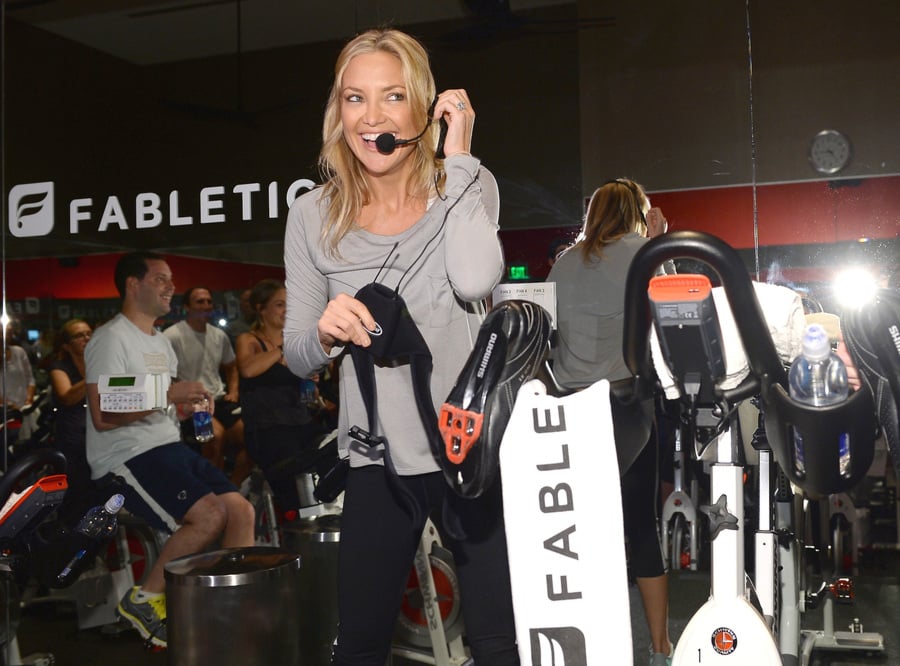 Kate Hudson was very involved right from the start. She reviewed budgets. She weighed in on social media strategies. She is heavily involved in the design process. She reviews the sales numbers weekly to be on top of which styles are selling and which are not. And unlike most celebrity endorsements – it isn't hard to picture Hudson running around town with her kids or going to the gym in her Fabletics gear. On the other hand, does LeBron James even FIT into a Kia?

When Fabletics launched, they had experienced investors, a celebrity founder, and a good idea—the athleisure segment was about to explode. However, success didn't come easily. The first run of clothing cost $300,000 and had to be thrown out due to poor quality. The launch of the company then had to be delayed six months as a result.

Hudson also got negative press due to the subscription model of Fabletics. Celebrities like Cher called Fabletics' membership model a scam. Members have until the 5th of the month to skip the month. On the 6th, $49.95 is charged to the credit card on file. Those funds can then be applied to Fabletics gear. Another early concern was that the most popular items were often sold out. It was Hudson that led the effort to make clear communications with their customers a priority.

Fabletics' growth is also fueled by their data-driven approach to business. This allows the company to match their customers with the perfect outfit—whether that is online or at a retail store.

The athleisure segment is a crowded but thriving marketplace. For the past couple of decades, fitness and nutrition have been more and more emphasized in American culture. This has made athleisure –a strange hybrid of athletic wear and business casual –the biggest growing segment of the apparel industry. In 2015, retail sales overall were flat, but sales of athletic apparel were up 12%. Even more impressive, a report published by Global Industry Analysts, Inc. states that the global market for athletic apparel is projected to reach $231.7 billion by 2024.

It's big business. Nike, Adidas, Lululemon, Athleta, Under Armor and others are all bringing in healthy profits. Fabletics looks to compete with these big players. They plan to have 100 retail stores across the U.S. by the end of 2020. The company is also expanding outside of the U.S. with plans to open retail stores in the Philippines and other overseas markets. Fabletics is the only division in the TechStyle Fashion Group which has successfully made the move from online subscription business to brick and mortar retail.

Fabletics also recently entered into a deal to partner with cheer and dance outfitter and competition sponsor Varsity Spirit. The long-term agreement will give Fabletics visibility a chance to host pop up shops at up to 20 championship competitions in the U.S. during the 2018-2019 and 2019-2020 seasons.

As for Hudson, she won't be quitting her day job anytime soon. After all, acting is in her blood. She does admit that she spends more time these days working on Fabletics than she does on movies.

It shows. Her entrepreneurial venture with Fabletics is padding her bank accounts nicely. If Hudson has a 20% stake in the business, she's sitting on a $60 million athleisure empire.