By Amy Lamare on November 20, 2016 in Articles › Entertainment

Move over Kim and Kanye, there is a new king and queen of over-the-top, ridiculously expensive weddings in town. The lavish event was for the daughter of former politician Gali Janardhana Reddy and the $74 million price tag has the people of India furious.

While much of the country languishes in extreme poverty, Reddy provided gold-plated invitations for his daughter Brahmani's wedding. The invitations arrived in a gold plated box containing a card with the details of the wedding and an LED screen fitted into the lid which played a video of Brahmani in a number of expensive gowns, while her fiancé Rajeev Reddy is surrounded by five white horses, and Janardhan Reddy and his wife lip-synch to a song that was composed just for the wedding. 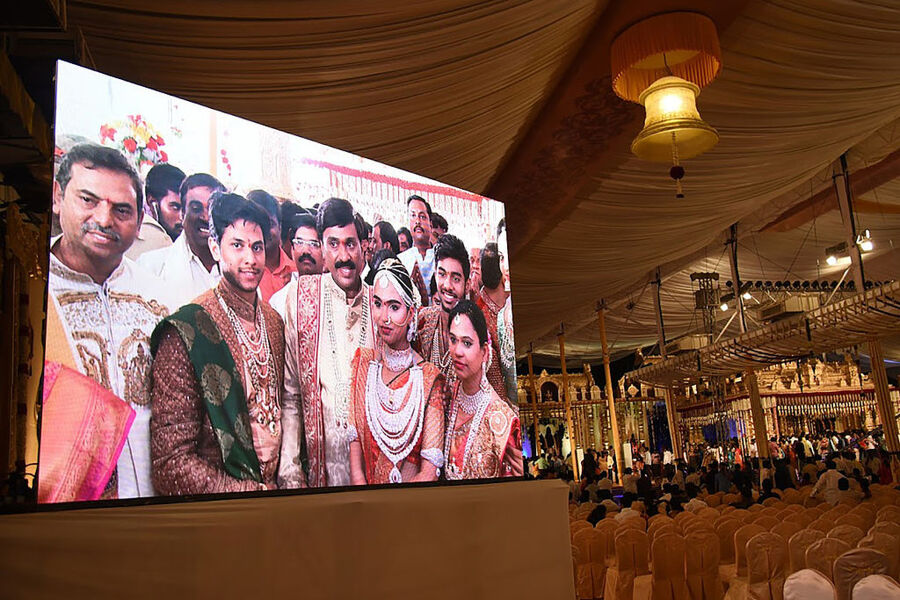 The wedding took place a few days after the Indian government announced a ban on 500 and 1,000 rupee notes in an effort to crackdown on illegal cash holding. Those two notes were the most common amounts of rupees that the vast majority of Indians use on a daily basis. India is a cash-based economy and this move had hit low income Indians very hard. The ban has caused long lines at banks, where people went to exchange those notes for other denominations.

Weddings in India are often extravagant affairs. It is not unusual for payments for services such as the music, the flowers, or the photographer to be in cash.

Reddy reportedly mortgaged properties in Singapore and Bangalore to fund his daughter's wedding. Payments for all of the wedding celebrations were made six months ago, when preparations for the big event began.

Reddy hired eight Bollywood directors to create sets redolent of ancient Hindu temples to serve as a backdrop for the week long event. In order to ensure that the wedding was secure, Reddy employed 3,000 bouncers and 300 policemen as well as bomb squads and bomb detecting dogs.

Social media has been brutal to Reddy. Some users wondered how long he had to wait in line at the bank to exchange enough money to pay for the wedding.

Reddy was a former member of Prime Minister Narendra Modi's Bharatiya Janata Party (BJP) in Karnataka. He recently spent three years in prison on corruption charges. He was freed on bail last year.