By Amy Lamare on June 9, 2019 in Articles › Entertainment

Sandra Bullock has been charming audiences and cashing ever more absurd paychecks since she first boarded that runaway bus in Speed in 1994. Today, the now 54-year-old is a mom, an Oscar winner, and a still bankable star that most recently, like so many actors and actresses, took her talents to Netflix for the totally creepy Bird Box. She was the highest-paid actress in the world in 2010 and 2014. In 2015 she was chosen as People's Most Beautiful Woman and was included on Time's list of the 100 most influential people in the world. And to think, her breakout film role, Speed, paid her just $500,000. Today, Sandra Bullock has an astounding net worth of $200 million.

Sandra Bullock was born on July 26, 1964 in Arlington, Virginia to John, a Pentagon employee from Alabama and Helga, an opera singer from Germany. John met Helga when he was stationed in Nuremberg. They married in Germany and moved to Arlington where John worked as a contractor at the Pentagon. Bullock also has a younger sister named Gesine. She spent the first 12 years of her life in Nuremberg, Germany and Vienna and Salzburg Austria. Bullock grew up speaking German. Once back in the U.S. Bullock attended Washington-Lee High School, where she performed in theater productions and was a cheerleader. She went to East Carolina University and obtained her BFA in Drama in 1987. After college she moved to Manhattan and worked as a coat checker, bartender, and actress while auditioning for roles. 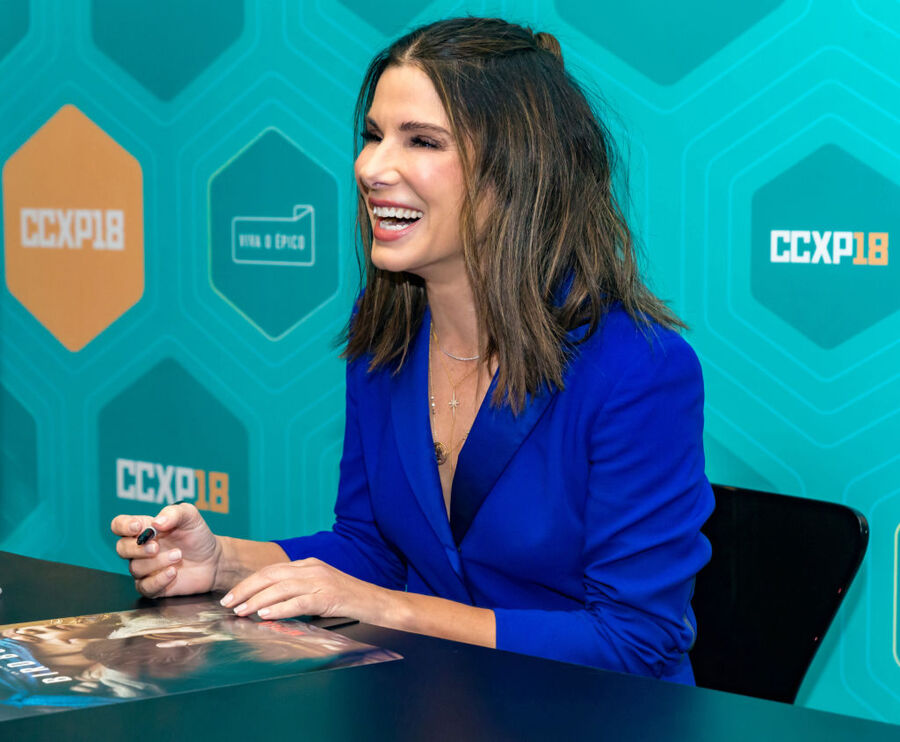 While in Manhattan, Bullock studied acting with Sanford Meisner. Her first role was in the made for TV movie Bionic Showdown: The Six Million Dollar Man and the Bionic Woman in 1989. That led to a number a small roles in independent films and the lead role on the short lived NBC sitcom Working Girl in 1990. She starred in Love Potion No. 9 in 1992,  The Thing Called Love, Fire on the Amazon, and Demolition Man in 1993. And then came Speed in 1994, worldwide stardom, and ever increasing salaries.

While You Were Sleeping – $1.2 million

In 2010, Sandra Bullock won the Oscar for Best Actress for her role in The Blind Side. The very next movie she signed on to do was Alfonso Cuaron's epic space drama Gravity. Angelina Jolie, Robert Downey, Jr., Scarlett Johansson, Blake Lively, and Natalie Portman had all already been approached about the lead actress role and turned it down. The studio, Warner Brothers, then approached the brand new Oscar winner.

Gravity's main role featured one actor on screen for 90% of the movie. The studio knew they needed a big star to hold the audience's attention and at that moment in time, no one was bigger than Sandra Bullock. To get Sandra to sign on to Gravity, Warner Brothers guaranteed her an upfront advance of $20 million plus 15% of the film's first dollar gross revenue. First dollar gross meant literally for every dollar the studio ever received for Gravity, 15% would go to Sandra before any costs for production or marketing were taken out. Sandra was also entitled to the same percentage earned from DVD rentals, merchandise, TV licensing, etc.

It took four and a half years to make Gravity. The film was a smash hit at box offices around the world. It eventually earned $270 million domestically and $435 million overseas. As of June 2019, the film's total receipts are $723 million. Movie studios generally get 50% of a film's box office revenues, the other half stays with the theaters. Therefore, Warner Brothers' gross revenues for Gravity were in the $375 – $400 million on a budget of $110 million. Sandra's contract entitled her to 15% of the gross revenues after her $20 million advance was paid back. Using the $400 million number, that would mean Sandra's 15% would be worth $57 million, Bringing her total income from Gravity to a whopping $77 million. Oh, and Sandra Bullock got another Oscar nomination for Best Actress.

Since then, Sandra Bullock has slowed down a bit. She's got two young kids, after all! She appeared in 2015's Our Brand is Crisis and 2018's Ocean's Eight – which made $290 million worldwide on a $70m budget. Then Bullock took her acting and producing credits to Netflix for Bird Box. According to Netflix, 45 million people streamed Bird Box in its first week of release – setting a record for the streaming service and proving that 25 years after she broke through with Speed­ – Sandra Bullock still captures the attention of her audience and that's why she has $200 million in the bank!