Most Expensive Super Bowl Commercials Ever

By Amy Lamare on February 1, 2014 in Articles › Entertainment

Super Bowl XLVIII pitting the Seattle Seahawks against the Denver Broncos is this weekend and the New York City area is rocking with football fans, celebrities, journalists and parties, on every corner and every boat in the harbor. But for many people, whether they are football fans or not, the Super Bowl is a chance to catch some of the best, funniest, and most touching commercials of the year.

Super Bowl XLVII in 2013 had 108.41 million viewers—so its no surprise that advertisers clamor for inclusion on the broadcast and those spots are sold at a ridiculously high premium. In fact, the cost of a 30-second commercial during the Super Bowl sells for nearly $4 million.

With an audience of over 100 million and the high price paid to advertise during the Super Bowl, advertising companies go all out creatively for their clients' Super Bowl spots. Here's a list of 10 of the most expensive Super Bowl commercials ever aired. 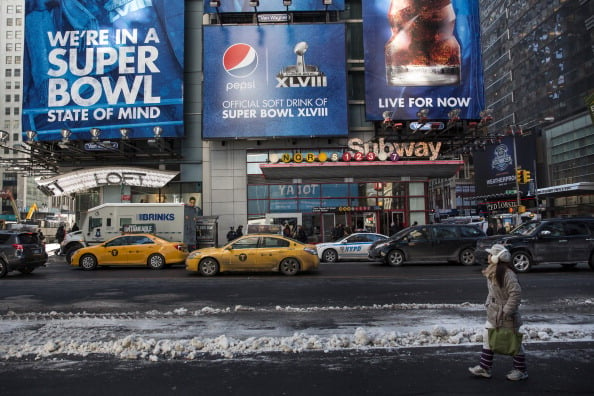 And the most expensive Super Bowl commercial of all time is:

After Sunday's Super Bowl XLVIII there may be one or more new commercials to add to this list of the Most Expensive Super Bowl Commercials Ever. Any bets on which ones they will be? A beer company? A car company?