By Dee Dee on September 6, 2010 in Articles › Entertainment 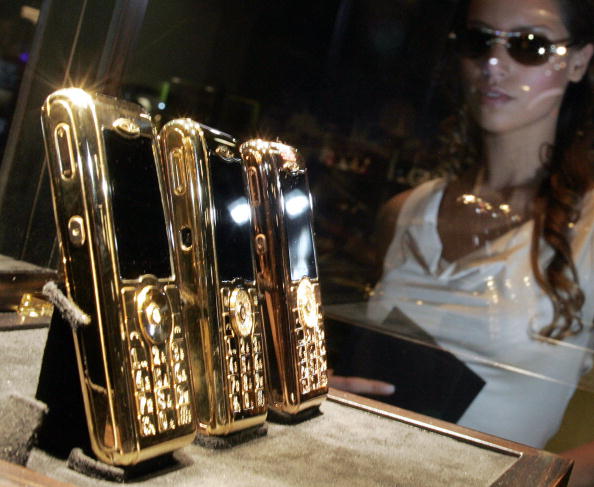 Lamborghini and Asus teamed to create this phone, featuring a built-in global positioning system, and a large touch screen.

Carmakers surprisingly invest in luxury phones much like fashion designers as brand extensions. This Porsche phone features a fingerprint sensor for security. The Porsche P9521 design harkens to its car line, featuring brushed aluminum hinges and a black-glass frame.

The Cosmic Shiner looks similar to more mainstream Toshiba phones, but the differences from the mainstream phones include a limited edition of 1,000 produced and diamond studs encased on the phone cover.

Watchmaker Tag Heuer launches a new cell phone line in September 2010, once again as a brand extension. The cell phone features a crocodile skin back, and is made out of 430 components and corrosion-resistant steel.

Fashion icon Christian Dior's first cellphone looks similar to a cosmetic compact, complete with a clip-on miniature phone that can be worn attached to a handbag or on a chain. The basic cell phone version costs $5,000, while the deluxe model, covered in 640 diamonds with alligator skin case, is $27,000.

Russian company Gresso created this cell phone using sturdy Aircraft steel and sapphire glass in the design. Gresso phones are encased in cell phone cases made of African blackwood, known to be resistant to decay.

As one of the world's most recognizable luxury phone brands, Nokia's subsidiary Vertu created Vertu Constellation Monogram, the most expensive cell phone in the world. The special-edition handsets were released celebrating the company's 10th anniversary. All Vertu phones are handcrafted in Europe. The Vertu Constellation Monogram body is made of stainless steel, and its monogrammed leather back handprinted requires a four-hour process to complete.