By Dee Dee on September 1, 2010 in Articles › Entertainment

What are the most expensive cars in the world? This ultra-luxe group of 2010 cars cost $300,000 and above. Automakers in this range for the most expensive car top spot include Bugatti, Ferrari, Porsche, Rolls-Royce, Saleen, Bentley, Lamborghini, Maybach, Shelby Super Cars, Mercedes-Benz, Leblanc, Koenigsegg, Maserati, Pagani, and Spyker. These innovative cars have exclusive features that are exotic, decked out in leather, and resemble cockpits instead of dashboards. 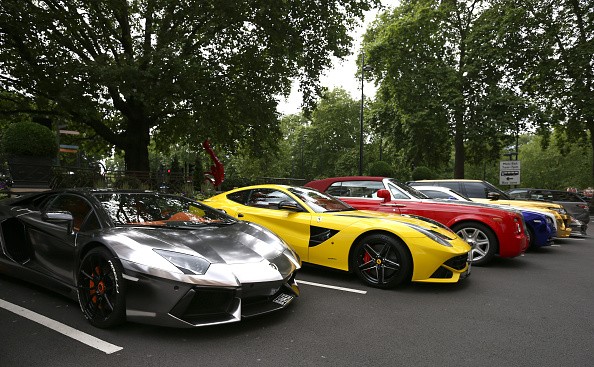 The Mirabeau has a 4.7-liter Koenigsegg-made V8 engine with 700 horsepower, reaching top speeds of 230 miles per hour. The Mirabeau can be customized to owners' expectations.

The CCX has horsepower in the V8 engine is 806 units, hitting tops speeds of 245 mph in 0-62 mile-per-hour time of 3.2 seconds. The CCX has specially developed transversal six-speed gearbox, and offers an optional paddle-shift. Some of the CCX extras includes a navigation system, carbon ceramic brakes, and a rear-view camera.

The CCXR has a 4.7 liter twin-supercharged Koenigsegg engine, with 806 hp or 1018 hp on E85 Biofuel. Extras include a detachable hardtop glass roof, a navigation system, carbon ceramic brakes, and a rear-view camera. The CCXR has top speeds of 250 mph, going from 0 to 62 mile-per-hour in 3.1 seconds.

The Maybach Landaulet chauffer-driven sedan has 604 horsepower and a top speed of 155 miles per hour. It features a V12 twin-turbo engine, going from 0 to 60 miles per hour in 5.2 seconds. Extras include a roof that can be opened fully at the rear with hauffeur compartment remaining closed, a partition screen, and reclining rear seats complete with leg and footrests.

The Lamborghini Reventon Roadster features a V12, 650 horsepower engine with top speeds of 340 km per hour. The G-force-meter is new, showing longitudinal acceleration for speeding and braking, dynamic drive forces, and transversal acceleration around corners.

The Pagani Zonda Cinque Roadster is a convertible version of the Pagani Cinque Coupe. The Roadster has a Mercedes-Benz AMG-built 678-horsepower, V12 engine, able to hit 62 miles per hour in 0 to 3.4 seconds, with top speeds of 217 mph.

The Trevita is based on Koenigsegg's CCXR, using a new weave pattern in the finish of the diamond-colored carbon fiber bodywork. The Trevita features tire monitoring system, chrono instrument cluster, a hydraulic lift system, carbon fiber brakes, and powerful 1,018-horsepower engine. Only 3 Koenigsegg Trevita will be made.