By Joseph Gibson on April 1, 2012 in Articles › Entertainment

The following five theme parks spent a whole lot of money on their impressive features: These are the most expensive amusement park attractions ever built. (Now you can understand why they charge $10 for a water bottle, huh?)

The main attraction at Hollywood Studios is one of the most mechanically complex rides ever created. The ride's theme reflects an episode of 1960s paranormal science fiction show The Twilight Zone and is set in 1939 at the fictional Hollywood Tower Hotel.

4. Harry Potter and the Forbidden Journey 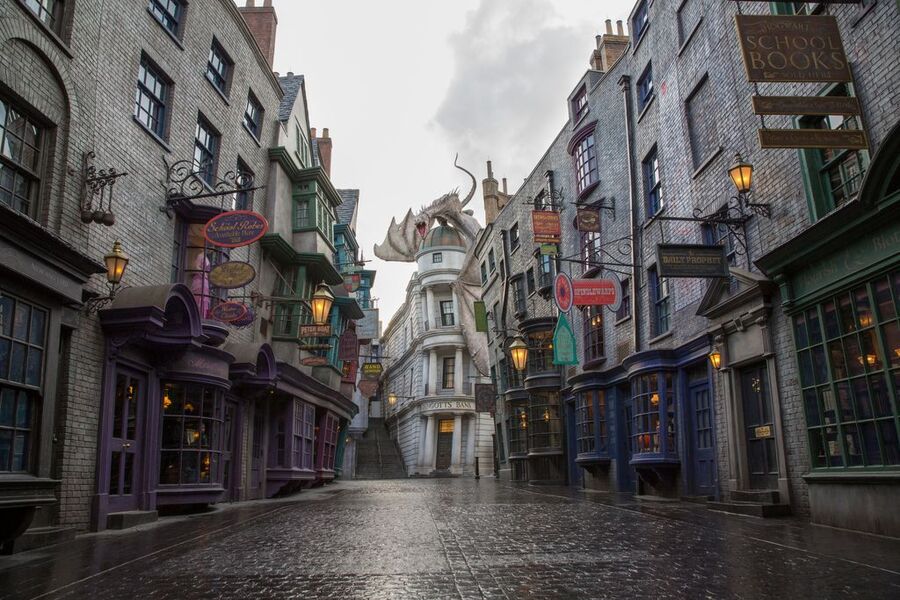 Where: Islands of Adventure, Florida

This ride takes visitors through the Wizarding World of Harry Potter on a journey over Hogwarts, through a quidditch match, and face-to-face with dragons, giant spiders, the Whomping Willow, and more. The majority of this attraction's cost comes from the technology used for its seating. They're mounted on a KUKA robot arm and wheel base, so the seats can move and shift in nearly every direction and even flip riders upside down while the track remains flat.

When California Adventure was first opened in 2001, many park goers were initially disappointed and attendance was exceptionally low. So in 2007, the park underwent a $1.1 billion expansion and redesign. The revamped park's main attraction, which cost $200 million, became a ride following the theme of the 2006 movie Cars and its sequels.

Installed in 2007, Disney redesigned Florida's original Tower of Terror to improve flaws and obey French regulations, which did not allow for buildings of a certain height to be made of solid concrete.

Epcot only has three rides and the combined cost of these few rides is more than the majority of theme parks. The astronomical cost was due in part to reconfiguring the ride's complicated electronic system during construction. In addition to being the world's most expensive theme park attraction, Test Track is Disney's fastest ride ever: At one point riders are shot from a building at 65 mph.