By Brian Warner on May 9, 2019 in Articles › Entertainment

The town of Dummerston is a picturesque little hamlet in Southern Vermont, is probably most famous for being home to one of the longest covered bridges in the United States. It's also where beloved children's author Rudyard Kipling conceived and wrote a series of stories that eventually became "The Jungle Book." According to the most recent census, Dummerston has a population of 1,900 people. One of those 1,900 residents is Tom Bodett, the guy from those Motel 6 commercials who says "We'll leave the light on for you." Up until last year, another of those 1,900 residents was a man named Ronald Read. Ronald wasn't a famous author or commercial spokesman, but rather he was a former janitor and gas station attendant. In fact, most people who saw Ronald around town assumed he was homeless, or at the very least, extremely poor. Those assumptions were wrong. Ronald Read, the rag-wearing former janitor, just left behind an absolutely amazing surprise for the people of Dummerston…

Ronald Read was born in a tiny house in Dummerston way back in 1921. He was the first member of his family to graduate from high school and did so despite having to walk or hitchhike a great distance to get to class every day. After high school, he was called to serve in World War II. He spent time in North Africa, Italy and the Pacific before returning to Vermont in 1945. Upon returning from the war, he took a job as a gas station attendant. Ronald would work at that gas station for 25 years before he decided it was time to retire.

Read soon discovered that retired life was boring, so he got a job at JCPenney working as a janitor for another decade. He retired from that job in 1997.

Through it all, Ronald lived a very modest life. Modest to the point where most people around Dummerston just assumed he was homeless. It wasn't an unreasonable assumption judging by the ragged clothing Ronald wore every day. Most of his clothes were so ragged that he held them together with safety pins. Ronald spent most of his days wandering town in those ragged clothes, looking for downed trees he could chop into firewood and then sell from a public park. 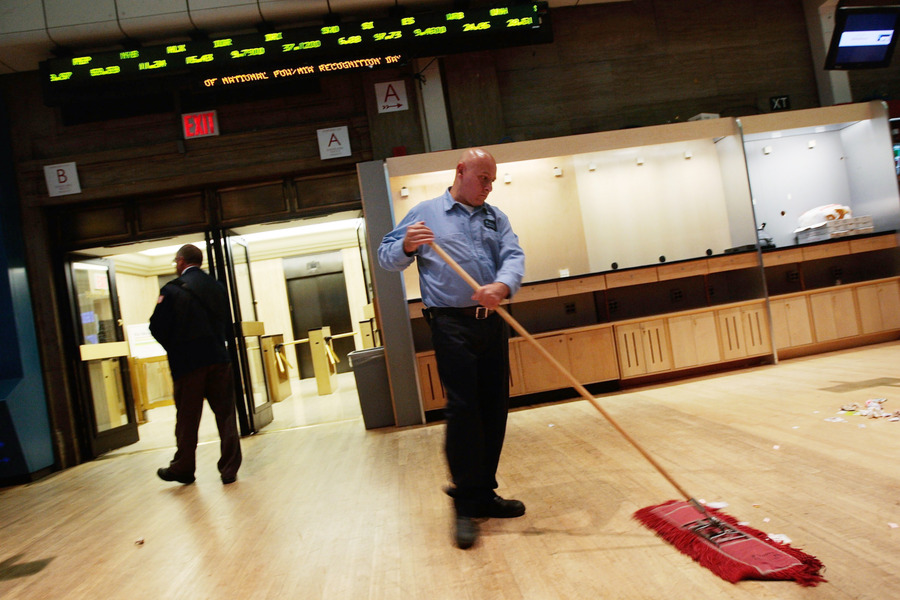 One day, a local woman named Ruth Marx went so far as to knit a winter hat for Ronald because she worried about him staying warm during the harsh Vermont winters. Ruth also made a point to periodically buy some of Ronald's firewood and other random trinkets whenever she could, because she assumed he could use the money.

In reality, Ronald wasn't homeless. He had a modest house, and even owned a 2007 Toyota Yaris, which he used mainly to transport chopped firewood. According to his stepson, Ronald also loved to drive to the library, where he would devour books on every subject imaginable.

Ronald had one strange habit his stepson never understood: Why would a man of such seemingly meager means need to read the Wall Street Journal every single day, without fail??

To be honest, despite the fact that it was a small town, most people in Dummerston probably had no idea of Ronald's passing. Until yesterday.

Ronald wasn't poor at all. Quite the opposite in fact. As it turns out, Ronald was a secret stock market wiz. And throughout his life, Ronald lived frugally so he could pour all of his modest extra income into the stock market. Over time, those investments grew substantially. How substantially?

It was revealed that this ex-janitor, who most people assumed was homeless, left behind an $8 million estate.

And as if that wasn't amazing enough, he left almost all of it to two charities very close to this heart with $1.2 million going to the Brooks Memorial Library and $4.8 million going to Brattleboro Memorial Hospital. The recipients of the remaining $2 million have not been announced yet.

Not surprisingly, the community is completely dumbfounded. Or "Dummerstonfounded." How could this man who everyone just assumed was destitute actually be a secret multi-millionaire?

"Ronald had two lifelong hobbies: Investing and cutting wood. The generous bequests to the Brooks Library and Brattleboro Memorial Hospital attest to his skills at investing. The well-stocked woodpile in his garage attests to his love of cutting wood."

I love stories like this and can only imagine what other secret treasures are sitting squirreled away out there. As for Ronald Read, something tells me he is up in heaven right now choppin up a storm. 🙂