Dan Bilzerian is best known for being a professional poker player and living a lavish lifestyle he flaunts on his social media accounts. He's been called the Instagram Playboy, in fact. At 39, Bilzerian has crafted a personal brand filled with all the things (and people) that he finds aesthetically pleasing. Essentially, visiting Bilzerian's social media is like visiting a foreign planet where swarthy men party with young bikini-clad models on mega yachts and at lavish mansions with resort-style pools. Now, a new lawsuit alleges that Bilzerian doesn't own his own home. In fact, he's a renter – and while there is nothing wrong with that (most of the people who live in Los Angeles are renters by the way), it doesn't exactly jive with the carefully curated image he's built for himself over the past decade or so.

The lawsuit was filed by the former president of Bilzerian's CBD company Ignite International, Ltd, Curtis Heffernan. The suit alleges that Bilzerian funded his lifestyle with company funds and fired Heffernan for refusing to approve his expense report. Among the things Bilzerian wanted his company to pay for are a $15,000 ping pong table, a $40,000 rock climbing wall, and a photoshoot in the Bahamas that cost $130,340. Heffernan also alleges that Bilzerian wanted him to misclassify a Paycheck Protection Program loan from the government as "miscellaneous income." For what it's worth, Ignite isn't the most successful company as it is. The company lost $50 million in 2019 and analysts expect Ignite to cease operations in the near future. 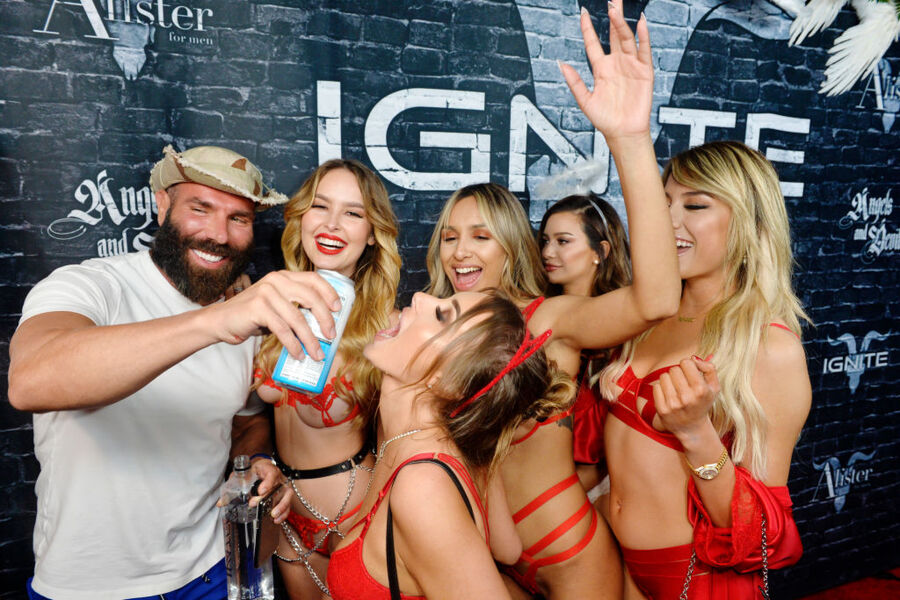 Heffernan appears to take issue with the fact that Bilzerian was frequently surrounded by "a harem of models." It was these models, in fact, that caused an auditor to flag Bilzerian's expenses in the first place. Nearly $1 million of Ignite's money was spent on what auditors called "suspicious expenses," including an $18,000 bar tab at a Valentine's Day party. Heffernan refused to call these business expenses and was fired by Bilzerian as a result.

But wait! There's more. It wasn't just the $1 million in travel charges for models or the $18,000 bar tab or the $15,000 ping pong table, Bilzerian expected his company to pay his rent of $200,000 a month – that's $2.4 million a year for his rental home in the Hollywood Hills. The lawsuit alleges that he charges his rent to Ignite and his six-figure lifestyle to a credit card that he does not pay on. Someone else pays 39-year-old Bilzerian's credit card bills, according to the lawsuit. Paying for everything Bilzerian does is a good way for a company to lose $50 million in one year, as Ignite did.

It isn't just Heffernan with an ax to grind when it comes to how Bilzerian reportedly expected Ignite to finance his lifestyle. A number of former employees of Ignite confirmed what Heffernan alleges in his suit. These former employees said that Ignite pays for everything – models, yachts, private jets, all of it. Reportedly, Bilzerian would slap an Ignite logo on something and call it a business expense.

Heffernan's suit seeks damages for wrongful termination, defamation, and for being fired in violation of state whistleblower protection laws. The former Procter and Gamble executive joined Ignite in March 2019.  He became acting president in November 2019. The trouble began in May 2020 when accountants flagged Bilzerian's expenses while doing the books for the company's annual report. The lawsuit reports that the accountants found $843,014.06 in expenses charged to Ignite that appeared to be personal in nature, including a yacht rental for $500,000, a two-night trip to London that cost over $100,000, a bed frame that cost $50,000, and a vault for $88,000, to name just a few of the outrageous charges. The suit also claims that Ignite paid the travel costs of the rotating group of models that accompany Bilzerian everywhere he goes. The suit also alleges that Ignite paid $26,000 to get Bilzerian more Instagram followers. Heffernan reportedly was pressured by other executives at Ignite to sign off on anything Bilzerian charges as real business expenses.

The lawsuit reports that Heffernan tried to talk Bilzerian into moving out of the $200,000-a-month mansion using the logic that the coronavirus pandemic has basically outlawed parties, so the mansion was no longer needed for marketing events. Heffernan claims that Bilzerian evoked his power as Chairman of the Board of Ignite and told him he was going to be throwing pool parties all summer and needs the house.

Bilzerian fired Heffernan on June 8, 2020. This case is ongoing.