By Amy Lamare on August 25, 2019 in Articles › Entertainment

Ghislane Maxwell, Jeffrey Epstein's alleged madam, former girlfriend, and French-born British socialite, has a backstory and family filled with sex, money and a whole lot of skeletons. She's the daughter of the late Robert Maxwell, the British media mogul that owned The Mirror and The New York Daily News prior to his death by drowning in 1991. The 57-year-old has become one of the most prominent people at the center of the Jeffrey Epstein sex trafficking case. With Epstein's death by apparent suicide on August 10, Maxwell has become the most wanted woman in the world for her alleged role in procuring young girls for Epstein's sexual proclivities.

She is the youngest of the nine children of the notorious Robert Maxwell. She is the alleged ex-girlfriend turned pimp for billionaire sex predator Jeffrey Epstein who is believed to have sexually molested dozens of young girls. But, for all her rumored involvement in Epstein's sick game, there are no charges against her. And no one can find her. Is she hanging out in the south of France at her sister's house in Provence? What was that staged photo at an In-N-Out burger in Los Angeles all about? Ghislane Maxwell is here, there, everywhere and at the same time no one knows how to find her. 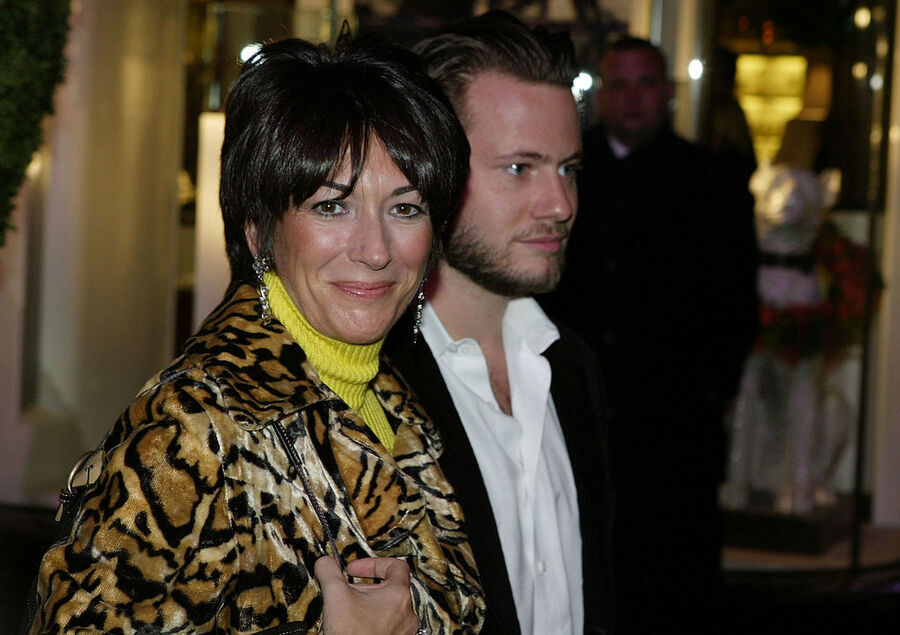 Maxwell was born in France. She grew up in London and attended one of the top private boarding schools in England. She graduated from Oxford University. She founded a social club for women in London. Shortly after her father died in 1991, she moved to New York City with a $100,000 a year trust fund set up by her dad. She was 30 years old and she quickly made a name for herself in Manhattan's social scene, hobnobbing with celebrities, CEOs, politicians, and other members of the city's wealthy and powerful. She worked in real estate.

Until 2016, Maxwell lived in a $5 million Manhattan townhouse bought by a company with the same address as Jeffrey Epstein's business office – which was in a building owned by Epstein's brother, Mark. The townhouse was purchased in 2000 for $4.95 million by an anonymous corporation. The seller was Lynn Forester, who is believed to be the same Forester linked to Epstein. Lynn Forester de Rothschild is the wife of the British billionaire Sir Evelyn Robert Adrian de Rothschild. Her name is on Epstein's private jet flight logs. Back in 2000, she was not yet married to de Rothschild. The $4.95 million price tag is about $8.5 million less than the townhouse's $13.4 million market value. She bought the 7,000 square foot mansion with 12 rooms for $4.475 million in 1997. That townhouse is six blocks from Epstein's mansion. It was sold in 2016 for $15 million.

For seven years, Maxwell ran a nonprofit dedicated to ocean conservation called Terra Mar. She founded Terra Mar in 2012. The organization was abruptly shut down in July just days after Epstein was arrested on sex trafficking charges. The website was shut down and offered the following statement as explanation:

"The Terra Mar Project is sad to announce that it will cease all operations. The web site will be closed…Terra Mar wants to thank all its supporters, partners and fellow ocean lovers."

Investigators are looking into whether Terra Mar, which was $550,546 in the hole when it closed, has any ties to Epstein other than the $57,000 he donated to the organization in January 2013.

Tax records show that Maxwell donated to a number of charitable causes including for victims of sex trafficking called Girls Educational and Mentoring Services, whose mission is to end commercial sexual exploitation and trafficking of children and young women.

Maxwell's whereabouts are unknown. Authorities attempting to locate her haven't been about to find her. One report says she's abroad – possibly at her sister's house in Provence, France. Another report placed her in Los Angeles. Yet another put her in Manchester-by-the-Sea, Massachusetts, in the home of tech CEO Scott Borgerson, who is rumored to be either her current or a recent boyfriend.

Ghislane Maxwell is a survivor. An executive with one of Robert Maxwell's media companies commented on the family after his death.

"In moments of greatest adversity, that's where they're the coolest. It's bred into the family. Maxwell's whole life motto was 'never panic.'"

Ghislane Maxwell speaks four languages, is a trained private helicopter pilot, a submersible pilot and qualified to operate undersea robots. I suspect that Ghislane Maxwell will not be found until she wants to be found. Her father, Robert Maxwell, was rumored to be an Israeli spy…the apple didn't fall far from the tree.