Everything You Need To Know From Week 1 Of The NFL

By Joey Held on September 9, 2014 in Articles › Entertainment

With up to 16 games going on in any given week, it can be tough to keep up with all of the action around the NFL. But that's what we're here for! From the best to the worst, random stats, and tips for gambling (in places where it's legal, of course), we've got you covered.

Who Earned Their Paycheck?

Matt Ryan threw his 156th career touchdown against the Saints in leading Atlanta to a thrilling 37-34 win. He's now the all-time leader for most passing TDs in Falcons history. On the day, Ryan was 31-43 for 448 yards and three touchdowns.

Cordarrelle Patterson–the Vikings all-purpose receiver is a sleeper pick in fantasy football, and he's a pleasure to watch in real life, too. He took a pitch 66 yards for a score, despite being touched by nearly every single player on the Rams' defense. Minnesota looked fantastic in a 34-6 drubbing of the Rams. Whether they can keep that up against teams who aren't playing their third-string quarterback with no viable receivers remains to be seen.

Jacksonville's Allen Hurns scored two touchdowns with his first two professional catches. He finished with 4 receptions for 110 yards and the two scores. An undrafted rookie out of Miami, Hurns should continue to get a chance to produce for a Jaguars receiving corps that can put up some good numbers.

Last year, Julius Thomas caught 5 passes for 110 yards and two touchdowns in the Broncos season opener. Not content with that performance, he torched the Colts to the tune of 7 catches, 104 yards and three scores on Sunday night. The Broncos offense probably won't be as record-setting as last year, but as long as No. 18 is still in charge, they're still the most efficient machine in the league.

The Titans' Jason McCourty previously went 18 games without an interception. So it's only fitting the Titans cornerback recorded two in Week 1 against the Chiefs. Tennessee looked much better than advertised, and a lot of that success is thanks to their pass rush and secondary. 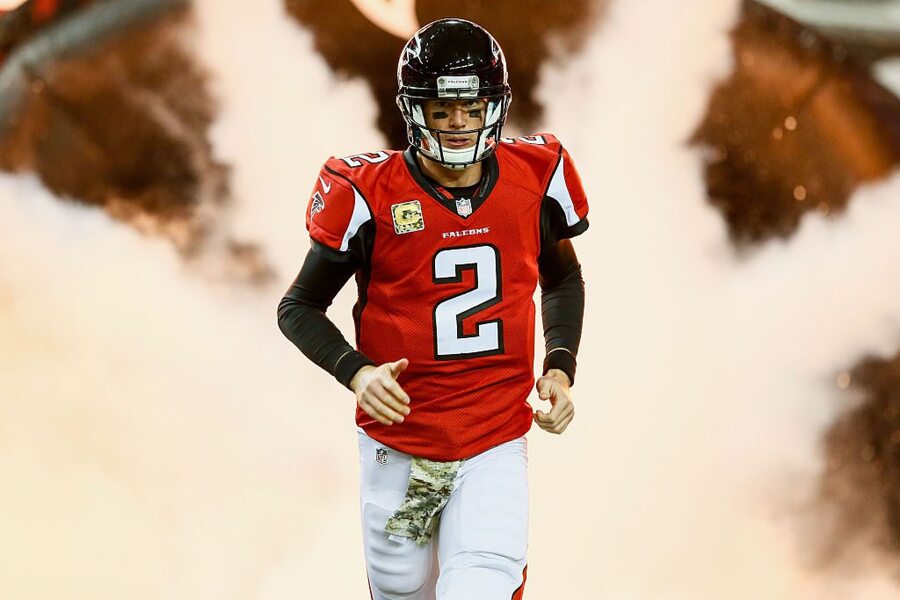 Whose Performance Deserves a "Needs Improvement"

Antonio Brown channeled his inner Mortal Kombat on a punt return against the Browns. He sort of looked like he was trying to hurdle Cleveland punter Spencer Hanning, but instead, Brown just jumped cleats first into Hanning's helmet. The replays made it look even worse, and Brown should probably expect a fine for that.

Joe Flacco had the ball with eight seconds left at the end of the first half, and no timeouts remaining. The Ravens ran a play to try and score or get some more yards for a field goal. Flacco, who is a veteran that should never do this, ran around in a circle, rolled out to the right…and ended up getting sacked. The clock was already at zero before he even got taken down. Just terrible clock management from a Super Bowl-winning quarterback. When Baltimore was still scoreless in the third quarter, he also threw an interception the first play after the Ravens blocked a kick to get into Cincinnati territory. Then, to come full circle, Flacco was again sacked at the end of the game when the Ravens were threatening to tie things up.

Alex Smith went 17 games (including a playoff appearance) with only seven interceptions in 2013. He threw three in Week 1, finishing 19-35 for a paltry 202 yards. The Chiefs were a surprise team last year, but the offense just looks dreadful, and Kansas City doesn't have the comfort of a cupcake schedule this year. With upcoming games against Denver, Miami, New England, San Francisco, and San Diego, Smith needs to turn it around fast for any chance of a repeat trip to the playoffs. Or maybe the Chiefs should get the ball to Jamaal Charles more than 11 times a game. That might be a good idea, too.

Robert Griffin III actually had a great completion percentage against the Texans: he was 29-37 for 262 yards, good for 78 percent. But he ran for only two yards and lost two fumbles, including once on a botched handoff. There's too much talent on offense for this team to only score six points. Washington's defense isn't going to stop anyone. RGIII and crew are in trouble unless things change.

Both the New York Giants and Oakland Raiders should hang their heads. Each team gave up over 400 yards on defense (417 and 402, respectively), while not even being able to muster 200 yards on offense (197 and 158, respectively). The biggest mystery of the season is which one of these two teams will win first. 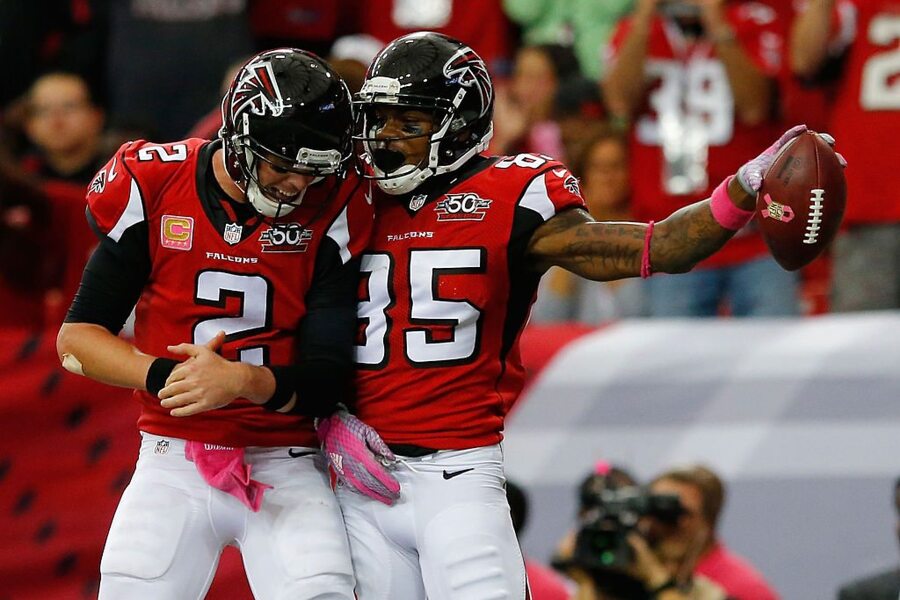 Most Interesting Stat of Week 1

Jacksonville's biggest lead in any game last season was 13 points. The Jaguars were ahead 17-0 against Philadelphia just 17 minutes into the game. And, in typical Jacksonville fashion, they then gave up 34 straight points to lose 34-17.

Favorites went 5-11 during Week 1, and 9-7 straight up. Visiting underdogs were the way to go–they made up nine of the 11 covers.

Best dog: Minnesota was a +3 underdog against the Rams, but handled them easily. Bettors weren't surprised–75% of people picked Minnesota to win straight up.

(Picks for Week 1 included CHICAGO -7 over Buffalo, TAMPA BAY -2.5 over Carolina, Minnesota +3 over ST. LOUIS, and San Diego +3 over ARIZONA)

The Jags looked great in the first half against Philadelphia. They ran out of steam in the second half, but there's good news: Washington played terribly for 60 minutes. RGIII still doesn't look right, and Jacksonville should have another weapon back next week in Cecil Shorts III.

Even with their shocking Week 1 win, I still don't buy Buffalo as a good football team. The Bears made some questionable decisions and gifted the Bills about half of their points with untimely turnovers. Miami plays well on the road, and it looks like the Lamar Miller/Knowshon Moreno duo is a viable one. At least for another week.

Two teams playing on short rest. Arizona is a prime regression candidate for the season, but the Giants have just looked bad. I'll take average over bad any day.

I can't see the Saints losing this game, but they are just so shaky on the road–especially outdoors–that the Brownies should cover. Cleveland spotted the Steelers 24 points before tying the game at 27. They even had a chance to take the lead, though ultimately they couldn't capitalize. And who knows? The Browns might even have Josh Gordon back by the time this one kicks off.