Everything You Need To Know About Oregon Vs. Ohio State Ahead Of Monday's Big Game

By Joey Held on January 11, 2015 in Articles › Entertainment

Monday night's National Championship Game will be a historic event. After all, this is the first time the NCAA has utilized a playoff system to determine the champion. But did you know Oregon and Ohio State have a ton of interesting history both on and off the field? Did you also know that both teams are backed by A TON of money, much of which comes from two billionaire business tycoons? Let's take a look at everything you need to know about Oregon and Ohio State…

Ohio State is 8-0 against Oregon. They first battled in 1958, in a riveting 10-7 Buckeyes win. The most recent matchup was in 2010, when Ohio State beat Oregon 26-17. The National Championship Game will be the third time the two teams have met in the postseason.

This will be the first time that the Big 10 and Pac-12 have played each other for the National Championship since 1969.

Oregon's Marcus Mariota has as many touchdowns as Ohio State's Cardale Jones does completions: 40.

The two teams are a combined 0-2 this season when they score fewer than 31 points. They haven't lost when scoring at least 31.

After snapping Florida State's 30-game winning streak, the Ducks now have the second-longest active win streak in the nation, at 10 games. The longest active streak? That belongs to the Buckeyes, at 12 games.

Ohio State has 32 players currently playing in the NFL. The Ducks have 30. 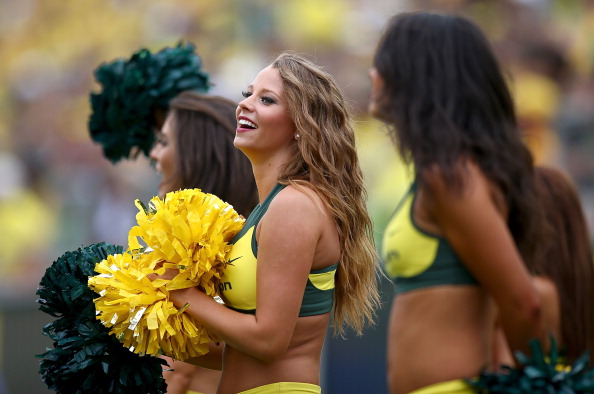 About 33% of royalties to the University of Oregon comes from Nike. Last year, the program brought in $4.8 million in royalties. That's four times more than it brought in five years ago, and even more than last season's champion Florida State. Nike founder Phil Knight has personally donated over $100 million to Oregon football, building arguably the most advanced athletic facilities in the college world. When playing at home, Oregon plays in the Matthew Knight Arena, which was named after Phil's son who died in a SCUBA accident at the age of 34. The stadium cost $227 million to build. Phil Knight's net worth is $22.5 billion.

Billionaire Leslie Wexner, founder of Limited Brands, which owns Victoria's Secret, is one of Ohio State's biggest financial supporters. Many buildings on campus–including the football stadium–are named in his honor. Leslie's net worth is $6.9 billion.

Ohio State's Urban Meyer is the sixth highest-paid head coach in college football. He made a little more than $4.53 million in 2014. Oregon's Mark Helfrich, meanwhile, is 51st amongst all college coaches salary-wise, earning $2 million this past season.

Meyer will be trying to earn a national title with a second school (he'd join Nick Saban as the only coaches to do that), while Helfrich will attempt to bring home the first championship in school history at Oregon.

While many universities spend more than they make, both Oregon and Ohio State earned about $9.5 million from 2006-2011, the last time those numbers were made public. But the routes they took to get there are wildly different: Ohio State earned $131.8 million in that timeframe, and spent $122.2 million. Oregon had $85.8 million in earnings, spending $76.2 million.

ESPN paid $6 billion for the broadcast rights for the college football playoffs through 2026. The semifinal games between Oregon and Florida State and Alabama and Ohio State, broke all previous records for cable television.