Everything You Need To Know From The NFL Conference Championships

By Joey Held on January 18, 2015 in Articles › Entertainment

Two games. Winner goes to the Super Bowl. For most of the day, it looked like we'd have two blowouts. Then one team made a crazy comeback. The other…well, one out of two ain't bad. In case you missed anything, here are the highlights from the first round of the playoffs.

Wow, talk about an impressive two minutes. After throwing his fourth interception of the day with his team down 19-7, it looked like Russell Wilson's Seahawks had finally reached the end of the road. But once he got the ball back, Wilson was nearly unstoppable. Of course, it helps to have a running back like Marshawn Lynch–who, by this point, had fully engaged in Beast Mode. Wilson led the Seahawks to 15 points in 44 seconds, scoring from one yard out on an option run, then handing the ball off to Lynch, who tore threw the Packers' defense for the 24-yard go-ahead score. Then, on the two-point conversion, Wilson rolled out to the right, and heaved up a desperation jump ball across the field just as he was about to be sacked. He found his similarly-named tight end Luke Willson, who outjumped Ha Ha Clinton-Dix to put Seattle up by three. It was reminiscent of the childhood football game "Jackpot," where a person throws the ball up as high as possible and calls out a point value. In this case, Wilson called out "two," and Willson responded by saying "mine."

In overtime, Wilson and Lynch (who had 183 total yards and the score) accounted for all 87 of the team's yards, the final 35 going to Jermaine Kearse for the game-winning score. Kearse, who had dropped multiple passes earlier in the game, clutched onto the winning pass like there was no tomorrow. But there is a tomorrow, Jermaine. In fact, there are 14 more tomorrows for you to celebrate until the Super Bowl.

Mason Crosby hit all five of his field goals, including the game-tying one to send things into overtime with just 14 seconds left. In a game where the Packers couldn't seem to find the end zone, getting 15 points from Crosby kept them in control for most of the game. The key word being "most."

It was a big day for offensive linemen! First, Seattle's Clint Gresham scored on a 19-yard touchdown toss from punter Jon Ryan off a fake field goal. In the night game, Tom Brady found Nate Solder for a 16-yard score. It was the first time all game Solder had been eligible to catch a pass.

Speaking of Brady, he was efficient on a rainy Sunday, going 23 for 35 for 226 yards and three touchdowns in an easy Patriots 45-7 win. He even picked up a couple of first downs off of runs, scrambling three times for 13 yards.

But the extraordinary runner in this game was LeGarrette Blount. You just knew the running back, who had been sparsely used by Pittsburgh for most of the season before being released and snatched up the Patriots, still had a big game in him. And boy, did he deliver. He racked up 148 yards on 30 carries, just mercilessly punishing the Colts time and time again. 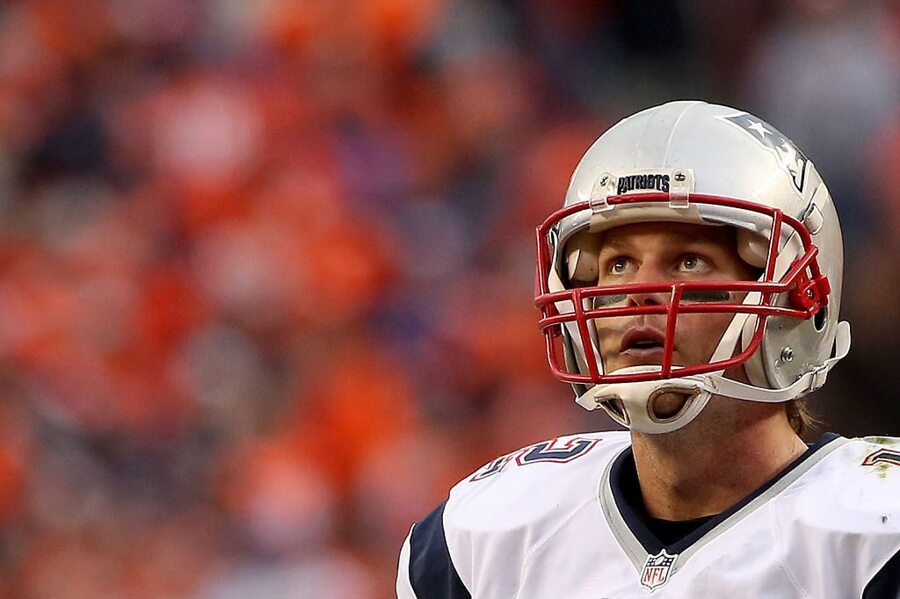 The entire first half of the Packers/Seahawks game was pretty dreadful. Sure, Green Bay led 16-0, but they had to settle for two field goals from extra-point-or-closer distance. Teams generally don't get that many opportunities at the goal line, and they could have capitalized better on them. Meanwhile, Russell Wilson was about as terrible as you could be in the first half, going just 1 for 8 for 14 yards and three interceptions. Doug Baldwin also made some questionable decisions in bringing the ball out of the end zone on kickoffs, being dropped at his own 13 on one return, and fumbling away another. Combined, the teams had six turnovers in the first half, five of which came in the first 22 minutes.

Apparently crowd noise affects the Seahawks, too. Michael Bennett got flagged for a neutral zone infraction and an offsides penalty in the first quarter. The former led to a third-and-one for the Packers, while the latter resulted in a free play that ended up in a touchdown. The Seahawks committed three offsides penalties as a team in the first half.

You gotta feel for Brandon Bostick. The Packers tight end barely saw the field on Sunday, but he'll be remembered for letting the ball bounce through his hands and off his helmet on a Seahawks onside kick. Seattle recovered, and…well, you know how the game ended.

Mason Crosby vs. the practice net! Kickers stay warm on the sidelines by kicking a ball off a tee and into a net. It's more to simulate their routine and approach, since the net is only about a foot away from where they're kicking. But for Crosby, it was a tough battle just to make the net functional. FOX cameras caught him a couple of times trying to attach the net to a supporting hook, with limited success. It just seemed more desperate, as numerous Packers players and coaches walked by without helping Crosby. He still made all his field goals, so clearly he didn't let it affect him too much, but it was still pretty entertaining.

Indianapolis, for the most part, had beaten up on bad teams all season. Sadly, that "facing bad teams" strategy doesn't usually work in the playoffs, due to the lack of bad teams in said playoffs. The Colts got a great win at Denver last week, but they just ran out of gas against the Patriots. Andrew Luck was a brutal 12 for 33 for 126 and two interceptions, finishing with just a 23 passer rating. 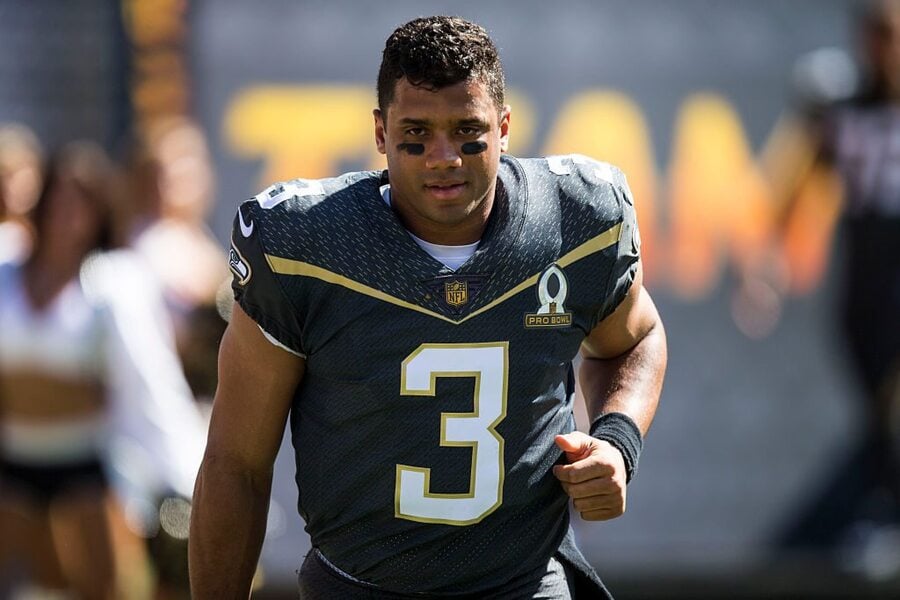 Most Interesting Facts From The Conference Championships

Dating back to college, Russell Wilson has played 83 games in a row where his team has been leading at some point.

Wilson is just the second quarterback in postseason history to throw four interceptions and win. The other was George Blanda, who did it in 1961.

Mason Crosby made his final 16 field goals of the year.

Jon Ryan is the first punter in NFL postseason history to throw a touchdown pass.

The Seahawks had five turnovers in this game, after only committing 14 during the regular season. They had four in the first half–the last time they had four turnovers in a half was also against the Packers, back in 2006.

D'Qwell Jackson's interception was the first pick for the Colts since Week 15 of the regular season.

No quarterback threw for more than 226 yards Sunday.

Favorites went 1-1 against the spread (4-6 in the playoffs), and 2-0 straight up (8-2 in the playoffs). The over hit on both games (though it needed some late-game scoring to do so) regaining the lead for the over this postseason, at 5-4-1.

Top Dog: 56% of bettors took the Packers, who opened at +7 before closing at +8.5. It looked like they'd win outright before losing in the most heartbreaking way possible. But they still covered, so Packers backers are happy.

Biggest Upset: On the flip side, 44% took the Seahawks, who won, but didn't cover. Though they weren't favorites, 55% of bettors threw some cash on the Colts moneyline, though they must have realized early on, that was an exercise in futility.

1-1 last week, 3-3 overall. After a terrible regular season, .500 ain't too shabby. Super Bowl Sunday, here we come! For the record, my pick is the Patriots. The lines haven't been released yet, but I'd take them as high as -7. Otherwise, I'm going Seahawks.