Everything You Need To Know About The Life And Career Of Adele Dazeem… I Mean Idina Menzel :)

By Paula Wilson on January 25, 2015 in Articles › Entertainment

Many of us know Idina Menzel as that singer from "Frozen" whose name was butchered by John Travolta at last year's Academy Awards. (Her song went on to win the Oscar, by the way.) For an entire generation, however, she will always be Maureen, from the original Broadway cast of the groundbreaking musical, "RENT". But those are just two of her major credits. Ms. Menzel has enjoyed a very long, very successful career, but has largely functioned under the radar. She has a net worth of $10 million, multiple major awards, and has enjoyed Billboard success, as well. In just a few weeks, she'll be singing the National Anthem at the Super Bowl, which is sort of the icing on the cake for a year that's been filled with amazing accomplishments. So just who is Idina Menzel? Turns out, she's actually a whole lot like the rest of us – just really, really, really talented.

Idina Kim Menzel was born on May 30, 1971, in Syosset, New York. She began taking classical voice lessons when she was eight years old. She began working as a wedding and bar mitzvah singer when she was in her teens, after her parents divorced. The gigs exposed her to a wider variety of music, and she began singing pop, rock, jazz, and R&B, in addition to classical. After graduating from Syosset High School, she went on to attend Tisch School of the Arts at New York University. She continued to work as a wedding and bar mitzvah singer while in college. In 1995, she auditioned for a show called, "RENT". She went on to earn the part of Maureen. The show opened Off-Broadway at New York Theatre Workshop, and then moved to Broadway. It became her first professional theater gig, and the first of what would become multiple appearances on the Great White Way. She performed the part of Maureen for the next two years, earning a Tony nomination as Best Featured Actress in a Musical, and legions of fans. After leaving the show in July of 1997, she launched a recording career. She released her first album, "Still I Can't Be Still", in 1998. The album was not a success initially, and Hollywood Records stopped printing it after it failed to sell 10,000 copies. However, Idina Menzel was only getting started. Those Hollywood Records execs were just a little too hasty in their decision to shelve her recording career. 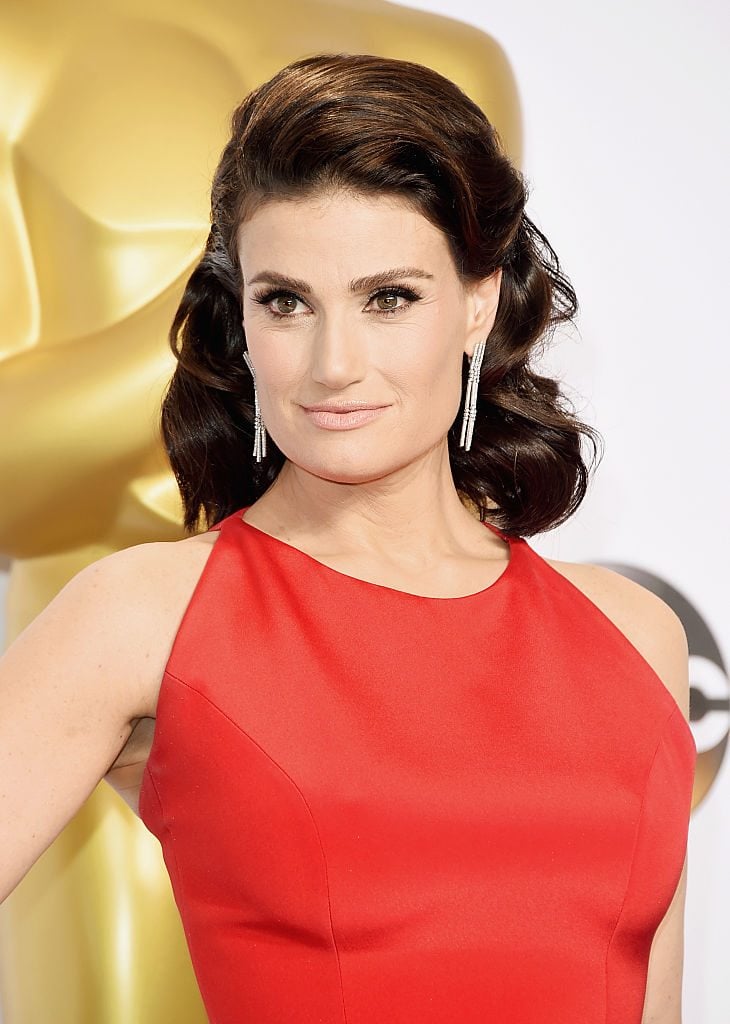 For the next several years after "RENT", Idina Menzel became the go-to girl for new musicals and revivals. She appeared in the major regional production of "Summer of '42" at the Goodspeed, the New York City Center Encores! production of "Hair", and returned to Broadway to play Amneris in "Aida". She appeared as Kate in Manhattan Theater Club's production of "The Wild Party" in 2000, earning a Drama Desk Award nomination, and then went on to appear in the pre-Broadway runs of "The Vagina Monologues" and the revival of "RENT". While she was well-known in theater circles, most of the world hadn't taken much notice of her. However, all of that changed in 2003, when she was cast as Elphaba, opposite Kristin Chenoweth in "Wicked". The musical was a massive, massive hit, and both of its stars became household names. Idina Menzel went on to win the Tony Award for Best Actress in a Musical in 2004 for her work in the production. She left the Broadway production in January of 2005, and then reprised the role in the West End in the UK when the production opened there in September of 2006. She remained with the West End production until December of that year, earning $30,000 per week for her work. Since then, she has continued to work in large-scale theater productions, while also appearing in ever more high-profile film and television projects, including "The Tollbooth", the film version of 'Rent", "Ask the Dust", "Enchanted", "Private Practice", and, most recognizably, her recurring role on "Glee" as Rachel's biological mother.

In 2013, she provided the voice for Elsa, The Snow Queen, in the smash hit Disney cartoon musical, "Frozen". Unless you've been without any sort of media contact for the last year and a half, you are probably well aware of the impact of "Frozen". The film made a whopping $1.274 billion worldwide, and Idina Menzel's performance of "Let It Go" became THE song from the film. Suddenly, Idina Menzel was everywhere. From appearing on the Oscars, to performing a stripped down version of  "Let It Go" on "The Tonight Show with Jimmy Fallon", to performing on New Years as the ball dropped in Times Square, 2013 and 2014 turned into truly crazy years for the singer/actress. She is currently starring in the musical, "If/Then" on Broadway. Her work in the show earned her another Tony nomination and numerous other honors. She has also released three more albums, with her most recent album, "Holiday Wishes", debuting at #13 on the Billboard Hot 200. It went on to reach #10. Her version of "Let It Go", (a pop version was also released by Demi Lovato), went on to reach #5 on the Billboard Hot 100, as well as #1 on the US Hot Dance Club Songs Billboard charts, and #9 on the Adult Contemporary charts. It was certified 5 times Platinum in the US, 4 times Platinum in Australia, 2 times Platinum in Canada, and Platinum in Japan and the UK. The single of her version has sold over 5 million copies worldwide. For a song called, "Let It Go", there's a fair chance Idina Menzel's going to be stuck with it for a long time.

With so much performing behind her, singing the National Anthem at the Super Bowl will hopefully be a relatively manageable experience. After all, there will be millions of kids who know her as the voice of Elsa rooting for her. If that doesn't make for good performance karma, than nothing will.