By Brian Warner on November 26, 2014 in Articles › Entertainment

Jerry Seinfeld is worth $800 million. Larry David is worth $400 million (he lost about half his fortune in a divorce). Chuck Lorre (creator of The Big Bang Theory, Two and a Half Men, Mike & Molly, Dharma & Greg and Grace Under Fire) is worth $700 million. Thanks to the continued success of The Big Bang Theory and Two and a Half Men, Chuck Lorre will likely cross into billionaire status within the next few years. Ray Romano is worth $120 million. Tim Allen is worth $80 million… Ok, you get the point. There's a ton of money to be made in television. But, as you may have heard at some point, the insane levels of money don't come from merely acting or writing on a TV show. All the people we just mentioned owe their massive fortunes to a magical little thing called… Syndication. 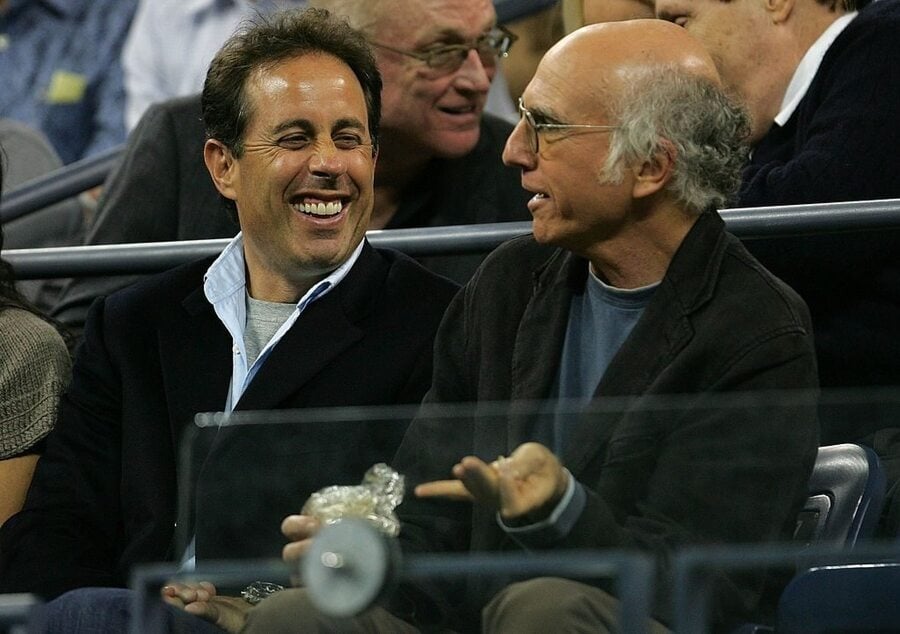 So how exactly does syndication work? How does syndication make a handful of very lucky people so exceptionally rich? In order to answer this question I reached out to a very good friend of mine named Justin Halpern. Justin is the New York Times bestselling author who created the Twitter account @ShitMyDadSays. He subsequently created a book and a TV show (starring William Shatner) based on the enormously popular twitter account. More recently, Justin created a show for Fox called "Surviving Jack" that starred Christopher Meloni. And now Justin is currently working on two new pilots that both sound really awesome.

Instead of trying to condense all of Justin's amazing insights and anecdotes into one massive article, I thought it would be cool to record our conversation for the Celebrity Net Worth podcast. You can find our podcast on iTunes by searching for "Celebrity Net Worth" or by clicking right here. To make it really really easy, I'm also embedding the entire episode below.

In our conversation, Justin walks us through exactly how syndication can make someone hundreds of millions of dollars. He also finally helps me understand why TV show and movie credits have soooooo many producers and what all these people do. I think you'll really enjoy this entire conversation:

Fascinating stuff right? I especially loved that story about the early Seinfeld producer who stupidly sold his points way too soon, and the story about the one thing that still makes Chuck Lorre mad. Our podcast comes out once a week and we hope to use it as a platform to interview all kinds of experts in every field you could imagine. Please subscribe and give us a good rating if you enjoy it!