Attention Aspiring Musicians! Read This Article Now To Understand Why British Pop Star Gary Barlow Should Be Your Idol

By Paula Wilson on February 13, 2014 in Articles › Entertainment

The music business is tough. Attention and tastes can be very fickle and fleeing. That goes double for members of pop Boy Bands. Life after boy band success can be brutal.  For every post-boy band solo artist who manages to break through to the mainstream (example Justin Timberlake), there are dozens and dozens of equally talented, good looking, ab-sculpted crooners who disappear into obscurity forever (see Chris Kirkpatrick, Justin Jeffre, etc).  For the members of Take That, one of Britain's most successful boy bands ever, the group's breakup was so fraught with tension that no one in a million years expected to ever hear from them again.  After one member of the group became a worldwide sensation, the other members decided to quietly go on with their lives in other ways. Gary Barlow, the member of Take That who wrote and sang lead on many of their hits, attempted a solo career.  Unfortunately, his solo aspirations were fell on very deaf ears.  Thankfully, Gary had a strong back-up plan in mind.  The story of how Gary broke through the post-boy band curse to become one of the most successful songwriters on the planet with a personal net worth of $90 million is truly inspirational.  All aspiring musicians better listen up, this is how it's done… 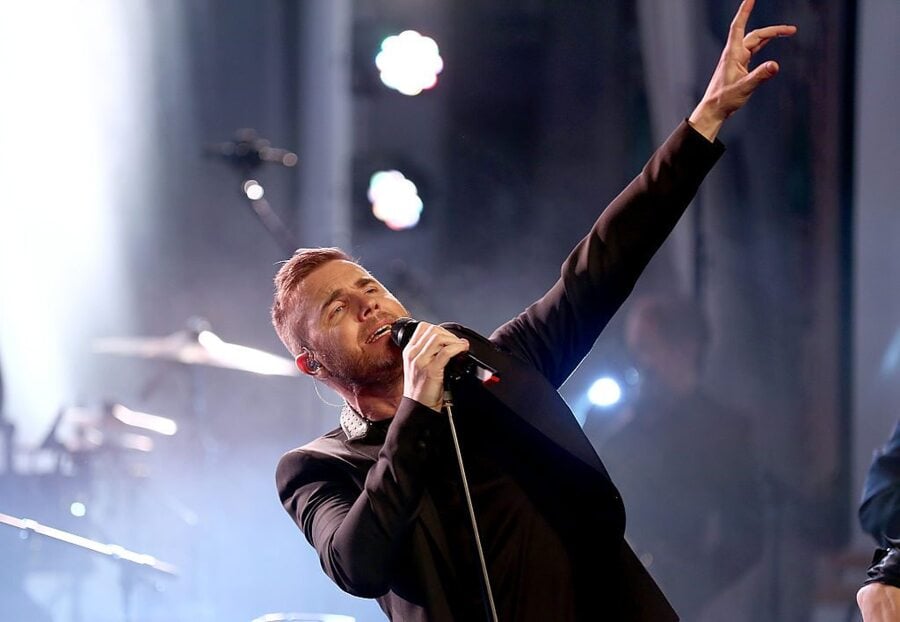 Gary Barlow was born in Frodsham, Cheshire, England on January 20, 1971.  He had a clear interest in music from a young age, and would dance around in front of the television to concerts by groups like Depeche Mode.  When he was ten, he asked for a keyboard and began teaching himself how to play.  By his mid-teens, he was recording songs and performing on the club circuit around London.  In the late 80s, he secured an agent, who then introduced him to a casting director who was building a boy band.  The fact that the handsome singer with the great voice also wrote his own music, made the choice to cast him quite easy.  Over the course of the next few months, the group took shape around Barlow's look, sound, and talent.

By late 1989, Take That, made up of Gary Barlow, Howard Donaldson, Jason Orange, Mark Owen, and Robbie Williams, was poised to take over the airwaves.  They spent the next few years building up their audience and cementing their sound, and then released their first album, "Take That and Party" in 1992.  A large portion of the album was written by Gary Barlow, and spawned the Top 40 hits, "Promises", "It Only Takes a Minute", "I Found Heaven", "A Million Love Songs", and "Could It Be Magic".  "Promises" and "A Million Love Songs", two of the tracks written by Barlow, caused UK-area producers to watch the pop star just a little more closely.  Take That was on their way to superstardom, fueled by Gary Barlow's addictive tunes.

The following year, they released, "Everything Changes".  With their second album, Barlow took over primary writing duties, and what resulted was a string of hit tracks.  The album debuted at #1 on the UK charts, and netted Take That four #1 singles, "Everything Changes", "Pray", "Relight My Fire", and "Babe", and two more Top 10 hits.  Five of Take That's hit tracks were written by Gary Barlow.  "Everything Changes" still holds the record for the number of #1 singles from a single album by any UK group.  Now the UK music scene was really beginning to pay attention to the boy band singer/songwriter.  He won the first of his many Ivor Novello Awards for Songwriting, when he received the "Songwriter of the Year Award" in 1993.  His track, "Pray", subsequently won Best Contemporary Song.  The release of the third Take That album, "Nobody Else", was so widely anticipated, that the album's first single was released almost two months in advance of the album.  At the time, that was not common practice.  "Back for Good", the first single, was again written by Barlow.  It was an instant hit, reaching #1 in the UK and #7 on the US Billboard charts.  "Nobody Else" featured two more #1 singles for the group, and Barlow walked away with three more Ivor Novello Songwriting Awards. 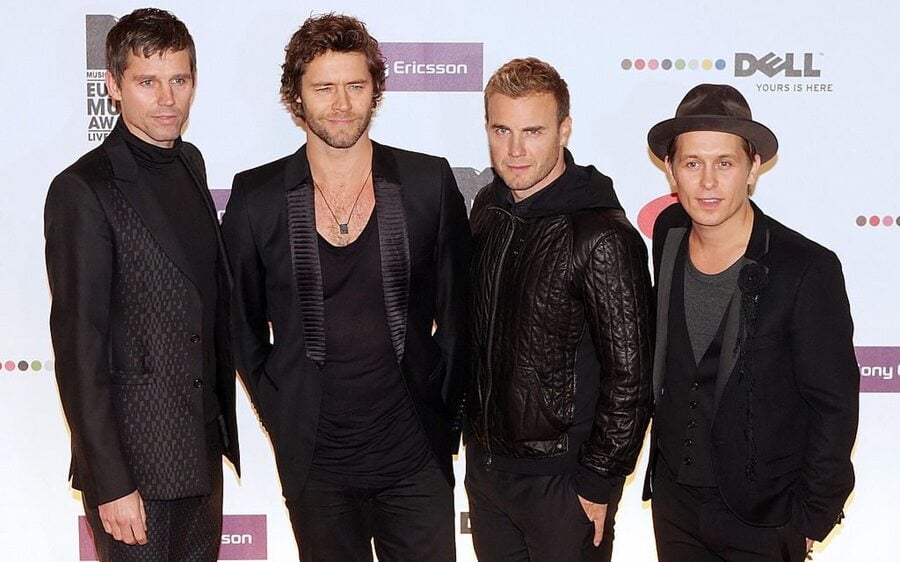 Take That in the 90s / Leon Neal/AFP/Getty Images

Then trouble began in paradise.  Robbie Williams, the youngest member of Take That, decided to leave to launch a solo career.  The group tried to continue as a four-member band, and recorded another hit single, again written by Barlow, in 1996.  However, tensions within the group led to their disbanding.  Gary immediately launched a solo career, coming right out of the gate with two #1 singles.  His debut album as a solo artist, "Open Road", reached #1 on the UK charts, and he scored a #1 hit on the US Adult Contemporary charts, as well.  Then it all went to hell in a hand basket.  Bad press, loyalty to the original line-up of Take That, a subtle shift away from his pop sound, and an attempt to launch his career in the United States, all combined to completely derail Barlow's solo career.  His second album, "Twelve Months, Eleven Days", received next to no airplay.  After the first two singles barely made a blip on the charts, his record company, BMG, dropped him.  Realizing that his ability to make music as a solo artist had come to an abrupt end, he began writing songs for other artists.  While Robbie Williams became Take That's version of Justin Timberlake, Gary churned out hits for just about everyone else on the UK music scene, and has continued to do so.  He's written popular songs for everyone from Donny Osmond to Lily Allen to Dame Shirley Bassey, to Elton John to Wiz Khalifa.  Along the way, he's been nominated for, and won, a ridiculous number of songwriting awards and accolades. He was also awarded the Order of the British Empire (OBE) by the Queen of England herself for his contribution to the fields of music and art.

In 2005, Gary and three of the members of Take That began toying with the idea of launching a comeback.  Their return to recording together, which resulted in two massively successful albums and tours, is the stuff of music legend.  In 2010, the entire original line-up of Take That got back together for their sixth album, "Progess".  Like with their previous albums, Barlow wrote the majority of the tracks.  The demand for tickets for the "Progress" tour crashed TicketMaster websites across the UK.  The tour sold out in less than 15 minutes.  Take That is now more popular worldwide than they were in the early 90s.  It is widely acknowledged that their return to prominence is based on Barlow's songwriting ability. 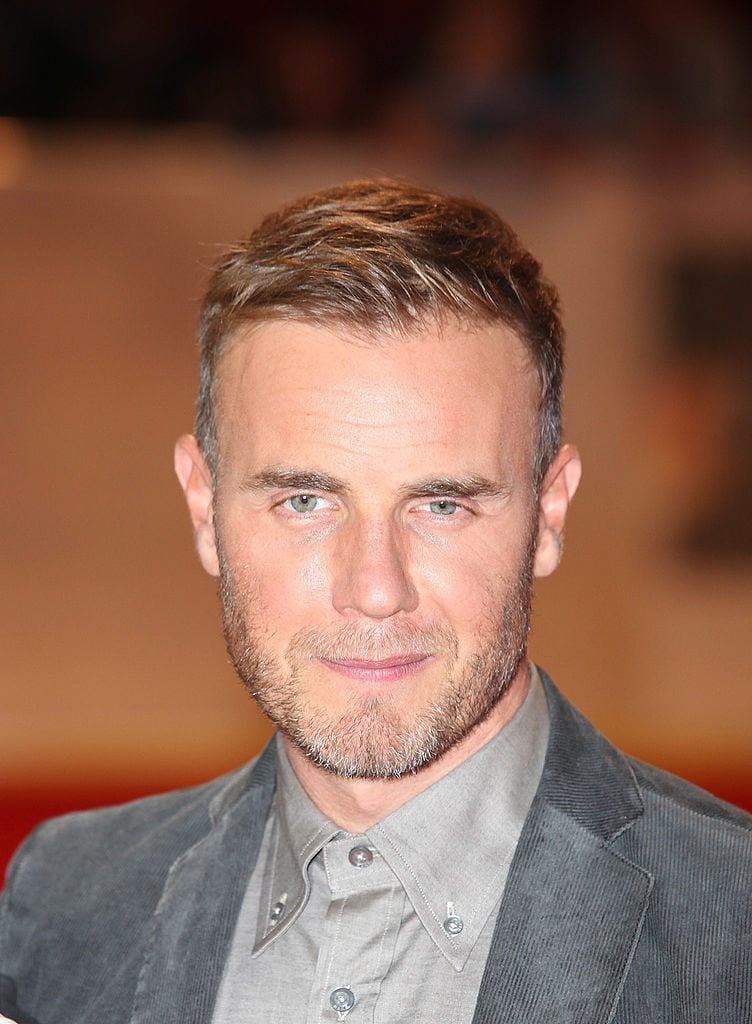 In 2012, he quietly released a new solo album, with only seven songs, one of which had been commissioned by Buckingham Palace for a celebration.  The album reached #1 on the UK charts.  He also began establishing himself separately from Take That, by signing on as a judge on the UK edition of the "X-Factor".  In 2013, he released, "Since I Saw You Last", his first full-length album in almost 15 years.  It reached #2 on the UK charts and spawned the hit singles, "Let Me Go" and "Face to Face".  At the same time, he has continued to record and tour with Take That, proving that he has learned that walking away from a successful band is never a good idea.

So to all those boy bands out there – (One Direction – are you listening?) – take a note from Gary Barlow.  Have a solid back-up plan.  It's good advice for anyone launching any sort of career, especially one in the arts.  Keep in mind, your back-up plan doesn't have to be ditching your dreams totally and doing a job you hate.  It just requires a willingness to think outside of the box a little.  If you're talented, lucky, and focused, like Gary Barlow, you just might work your way back to accomplishing your original goal.  Whatever you do, don't get discouraged.  Sometimes a straight line is not the most sure-fire way between two points.  Sometimes you have to take a few detours on the road to success.