By Amy Lamare on September 23, 2018 in Articles › Entertainment

I suppose when you're worth billions, you want to reflect that right up until your dying day and then some. This may explain the new trend of the rich and powerful using their funerals to flaunt their wealth. From $60,000 gold-plated coffins delivered to the grave yard via Rolls Royces, to destination funerals in exotic locations, today's billionaires have no shortage of ways to continue to spend their money, even after their deaths.

There's a new niche industry of advisers who are prepared to meet the demand for these lavish funerals. Even some wealth managers are prepping their clients by telling them to face their own mortality and plan the funeral they want. This not only helps the grieving family, but it's also a tax break. The lavish funeral has become wealthy people's last display of their power and wealth. 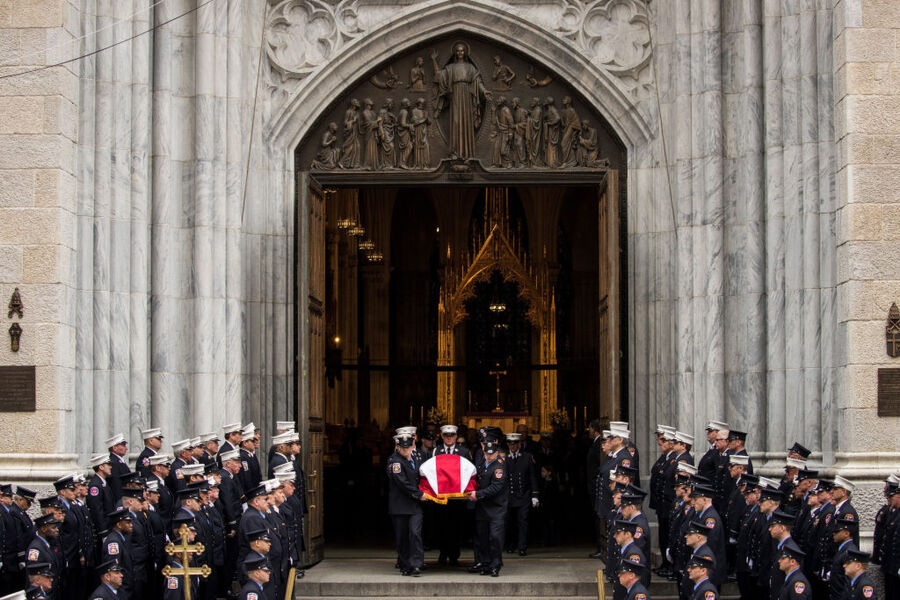 Examples of these over-the-top celebrations of life include being serenaded by a gospel choir. Others fly their loved ones to an exotic destination, so their family and friends can watch their body being pushed out to sea and set on fire like a Viking warrior. Custom made Rolls Royce Phantom VII hearses with a fleet of 25 matching Rolls Royce sedans are owned by the A.W. Lymn funeral home in the U.K. and according to them, are sought after internationally. According to the funeral home, they've gotten requests to fly the cars to Russia, the U.S., and many other places.

At the recent funeral of a fashion designer, the event planner assembled 120 gospel singers to sing to the casket as it was carried from the church. A marching band performed at another funeral, and once, the planner had a hall at Lincoln Center covered in blue hydrangeas so that it looked like his late client's home in the Hamptons.

At the funeral for a world-class boxing coach, professional fighters in suits jumped into the ring and sparred as the body was carried out.

Of course, these funerals are by invitation only, much like a wedding.

If you would like to be interred forever more in a crypt beneath New York's Basilica of St. Patrick's it will run you $7 million. Apparently, three prominent families have expressed interest in this eternal resting place, which is one of the last full body burial spots in Manhattan. If you're interested in this option, you'd better grab it, the crypt is pretty exclusive. It can only hold nine coffins and 10 cremated remains.

And really, to spend eternity in a gold plated casket in the catacombs below a 200-year-old church sends a final message about how important you thought your life on earth was.