By Amy Lamare on April 5, 2019 in Articles › Entertainment

U2's The Edge has a dream. He wants to build his dream home – a compound really – in Malibu. The cost clocks in at $100 million. However, the Sierra Club and its 640,000 members sued The Edge two years ago over his plans. They argued that his five-house compound, Leaves in the Wind, would destroy a mountainside. If The Edge (real name David Evans) wants to pursue his project, it could take another year or two. He's been planning Leaves in the Wind for 14 years.

The latest court decision over The Edge's development is just the latest in a long series of expensive legal battles that he has been fighting since 2005, when he paid about $9 million for 150 acres of land at Sweetwater Mesa overlooking the Malibu pier. The site is a steep bluff, 1,000 feet above the beach. It is covered with coarse bushes, sparse scrub, and rock outcrop. Its only current inhabitants are deer, coyote, lizards, and rattlesnakes. He and his wife fell in love with the property due to its amazing views of the Pacific Ocean. They believed it would make a secluded sanctuary for them, their relatives including his sister and close friends. It would be a family compound that was private and away from the prying eye of fans. 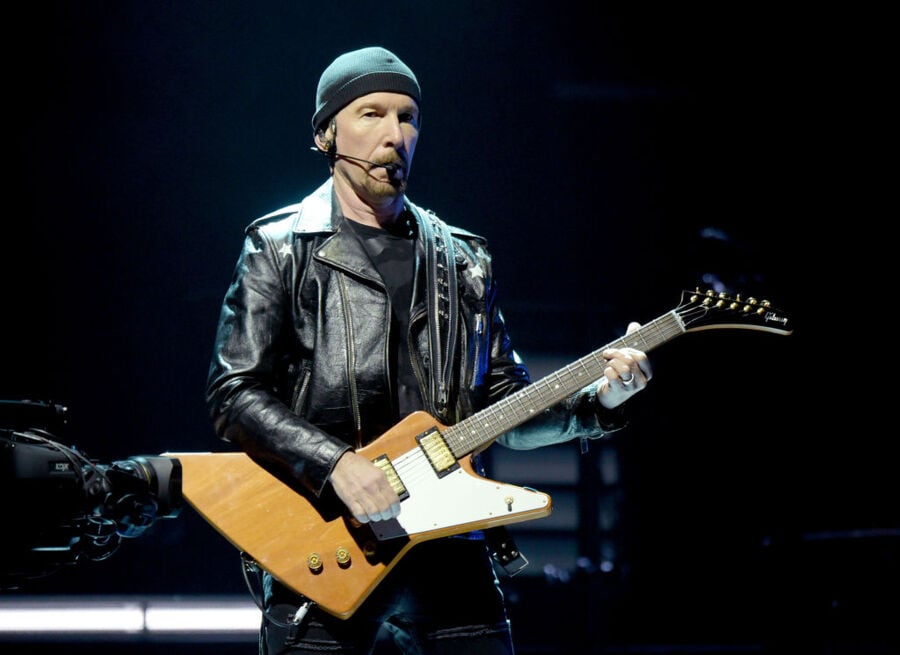 The five homes planned for the site were designed in a futuristic style that would blend into the natural character of the hillside. Each home would have its own swimming pool. Three of the homes would be larger than 12,000 square feet. When the designs became public, people freaked out. "The Edge Wants To Pave Over Paradise," one headline read. "The Edge of Destruction," screamed another.

The Sierra Club joined forces with Heal the Bay and the National Park Service to criticize the planned development and the half-mile-long road that will need to be built to access the houses.The California Coastal Commission has to approve any new building that is along the 1,100 mile California coastline. The CCC received so many letters of protest against The Edge's project that when it came up for approval in June 2011 it was rejected by a vote of 8-4.

This did not deter The Edge.

He sued the California Coastal Commission. In the light of Evans' lawsuit and his army of lawyers and pretty unlimited ability to pay those lawyers, the CCC softened its stance and said if he reduced the size of the homes and made them less visible, the commission might be more inclined to approve the development. The Edge then rescinded the lawsuit and sent his team of architects, engineers, and geologists back to the drawing board. He also said that he would give 140 of his 151 acres for public use and also pledged to give $1 million to the Santa Monica Mountains Conservancy to build and maintain a public hiking trail. In exchange for all of this from The Edge, the Santa Monica Mountains Conservancy dropped its opposition to the project.

The Edge sent attorneys and lobbyists to Sacramento, the state capital of California, to try to have planning laws changed. That wasn't successful, but it did cost him a small fortune. To date, his legal bills related to the project are in excess of $10 million.

In December 2015, The Edge brought the revised plans back to the California Coastal Commission and the five houses were smaller – the largest was 9,500 square feet, the homes were closer together, and pushed back from the edge of the ridge – which makes them less visible from the Pacific Coast Highway below.

The CCC approved the new plans with a vote of 12-0. The Edge didn't have any real time to celebrate the victory because a month later the Sierra Club sued and accused the CCC of violating environmental laws.

The Edge's Malibu dream home was on hold again.

In May 2017, the LA Superior Court denied the Sierra Club's lawsuit and ruled in favor of The Edge and the CCC. The judge decided that the CCC had complied with planning laws in their approval of the project. Construction costs for The Edge's project will be an estimated $78 million.

Alas, once again The Edge's victory didn't last long because two months later, the Sierra Club filed an appeal against the LA Superior Court ruling. The appeals process dragged on for almost two more years until the California Court of Appeals 2nd District upheld the Sierra Club's appeal and threw out the original victory for The Edge.

The Edge's next move would be to take his case to California's Supreme Court. Until then, his dream home remains just a dream.