The End Of An Era: How Donna Karan Revolutionized Women's Fashion And Got VERY RICH As A Result

It is hard to remember what women wore in corporate settings before Donna Karan came along. Over the past three decades, women around the world have been turning to Karan for style cues. In the 1980s, Karan set out to make flattering, work appropriate clothing for herself and her friends. Little did she know then that worldwide success and fame would soon be hers. That first little collection of versatile black pieces was deceptively simple. Her system of Seven Easy Pieces gave the working woman an easy way to achieve sophistication and ignited a revolution in the way women dressed for work. Donna Karan has a net worth of $450 million.

Donna Karan was born on October 2, 1948 in Forest Hills, Queens, New York. She graduated from Hewlett High School in 1966 and then went on to the Parsons School of Design. After college, she went to work for Anne Klein. She was Klein's assistant and she learned the basics of American style as well as the growing role of women in a corporate environment from the legendary designer. Karan eventually worked her way up to head of the design team. When Klein died in 1974, Karan was made head designer of the label. Karan remained at Anne Klein until she left to launch her own label.

When Karan set out to launch her own fashion label in 1984 with her husband Stephan Weiss, the industry didn't know quite what to do with professional working women. Designers spent a lot of time making clothes for nightclubs, cocktail parties, and formal events. Career women were consigned to simple, shapeless separates devoid of style or femininity. Designers then, as now, made clothes for the slim hipped and slender. They didn't know what to do with larger hips or a generous booty. Karan did. But Karan didn't set out to change the fashion world. She just wanted to make clothes that flattered her own shape. 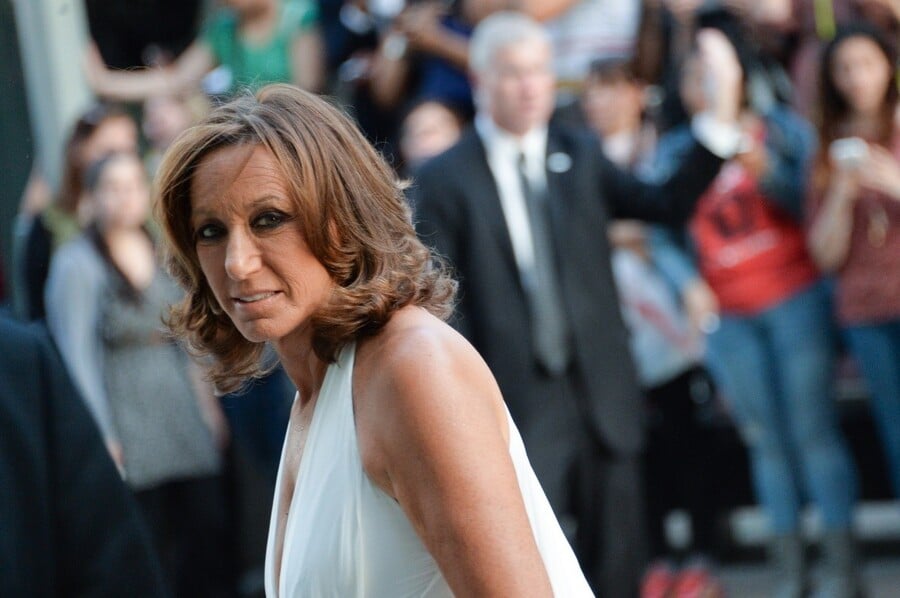 Karan asked herself what women needed. The answer was the now famous Seven Easy Pieces. Karan's idea was built around the bodysuit as a base layer, which was designed to offer a smooth silhouette. Her first runway show  opened with eight models dressed only in those black bodysuits and tights; they next began adding wrap skirts, pull on knit pants, tailored jackets, and all kinds of stretchy cashmere layers. Donna Karan had created a revolution.

It was a modern mix and match system of dressing, with a twist. Her "Seven Easy Pieces" were a flexible, flattering, and interchangeable set of clothing women could wear day or night. Karan used jersey and cashmere that flattered women's curves. Her clothes were chic and professional but also feminine, sophisticated, and powerful. There has never been anything like them and women went crazy for them. Even First Lady Hillary Clinton loved Karan's clothing. She famously wore a Donna Karan dress to a White House dinner in 1993.

It may not seem revolutionary today, but back in the 1980s, Karan's collection sent her into the stratosphere. She became one of the single name Seventh Avenue designers that had previously been an all boys club. Along with Ralph, Calvin, and Oscar, there was now Donna.

Karan and Weiss toke Donna Karan International public in 1996. Karan stepped down as CEO in 1997, before selling the company to French powerhouse LVMH in 2000. Moët Hennessey Louis Vuitton paid $243 million for all outstanding shares in DKI, plus $400 million for Gabrielle Studio Inc., the licensor of the Donna Karan trademark. (LVMH also owns Dior, Fendi, and Givenchy.) It is estimated that Karan and Weiss made $450 million from the sale. The sale of DKI (and its more affordable brand DKNY) made Karan a very, very, wealthy woman. 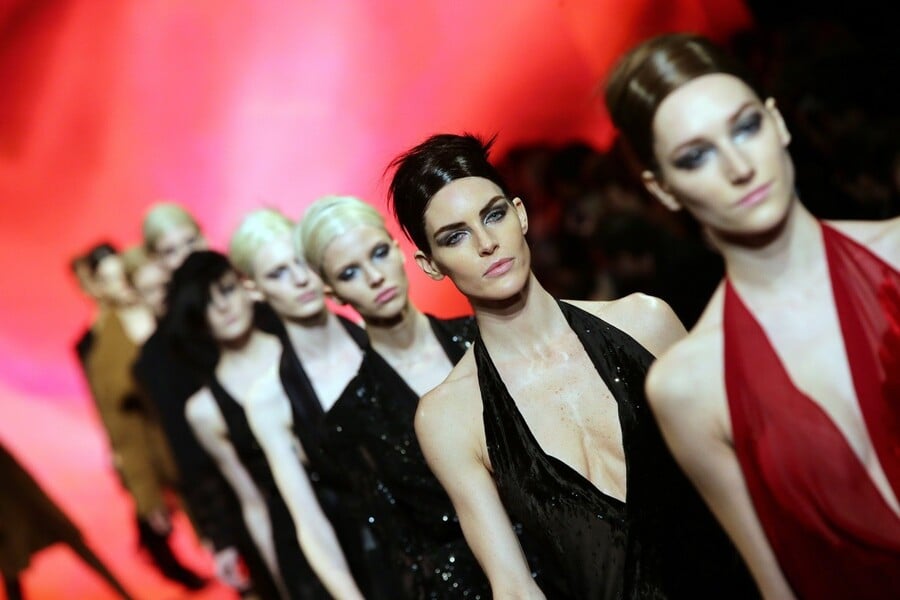 Karan may have stepped down as CEO, but she remained the label's chief designer and, in fact, her Fall 2015 ready to wear collection was called "one of her best" by Women's Wear Daily. Now 66, Karan is still at the top of her game.

Donna Karan is one of the most important designers in American history. She won the Coty American Fashion Critics' Award in 1977 and 1982. She was inducted into the Coty Hall of Fame in 1984. The Council of Fashion Designers of America (CFDA) named her Menswear Designer of the Year in 1992 and Womenswear Designer of the Year in 1990 and 1996. The CFDA presented Karan with the Lifetime Achievement Award in 2004.

On June 30th, Donna Karan announced that she was retiring from the company that bears her name. She will be stepping down as chief designer for Donna Karan International. There will be no fashion show this Fall. LVMH will continue on with the more economically accessible DKNY line, but has no plans to replace Karan at DKI, effectively killing the higher priced line with that decision.

The 66-year-old icon of American fashion told Women's Wear Daily that she is turning her focus to her foundation Urban Zen. She founded the foundation after her husband's death. Karan has been creating a clothing, jewelry, décor, and beauty brand under the Urban Zen name. Ten percent of the proceeds of these items are donated to charities and causes such as post-earthquake recovery in Haiti.

Donna Karan's legacy will live on, even after she has stopped designing clothes.