By Mark Kurlyandchik on November 18, 2016 in Articles › Entertainment

The name "Elon Musk" sounds more like a futuristic cologne straight out of Star Trek than the moniker of a computer genius multi-billionaire inventor. Over the last 20 years, Elon Musk has been the brains behind some of the world's most innovative technological endeavors including Paypal, Tesla Motors and the rocket ship company SpaceX. His latest high-speed transportation idea, dubbed "the Hyperloop," sounds like a completely unrealistic science fiction fantasy. But then again, considering his life accomplishments so far, nothing seems to be impossible for Mr. Musk. After all, he is a self-made multi-billionaire whose $13 billion personal fortune has increased more than 200% in the last 12 months alone! This is the absolutely fascinating life story of Elon Musk…

Elon Musk was born in apartheid-era South Africa in 1971 to a Canadian mother, anti-aging specialist and nutritionist Maye Musk, and a South African father, engineer Errol Musk. As a child, Elon was a voracious reader, spending hours reading comic books and the fantastic works of Tolkien. At 10, he bought his first computer. By age 12, he'd taught himself computer programming and sold his first piece of software, a space game called Blastar, for $500. All the while, he yearned to live in America, where he believed great things were possible for people like him.

In 1988, at age 17, Musk left home to avoid serving in the pro-apartheid South African military. His first stop was Canada, where he spent two years at Queen's University. In 1992, he left Canada to pursue dual bachelor's degrees in economics and physics at the University of Pennsylvania. In 1995, at 24, Musk continued his studies in the Ph.D. program at Stanford University, lasting only two days before dropping out.

Instead of more school, Musk went into business for himself. Along with his brother, Kimbal, Musk founded Zip2, an online content publishing software. In 1999, AltaVista bought the company for $307 million in cash and $34 million in stock options. At the age of 28, Musk was already a multi-millionaire many times over. Rather than settle for an early retirement, he founded the financial services and e-mail payment company X.com just a few weeks after the sale of Zip2. Through a series of mergers and acquisitions, X.com eventually morphed into PayPal and — propelled by a viral growth campaign masterminded by Musk — was sold to eBay in 2002 for $1.5 billion dollars. At the time of the sale, Musk's 11.7% stake in Paypal entitled him to $165 million.

Once again, rather than slow down to enjoy his earthly possessions, Musk instead set his sights for his next venture even higher — about as high as they can go — to outer space. In 2002, at the age of 30, he founded SpaceX, with the goal of commercializing orbital rockets and eventually sending a mission to establish life on Mars. As if that's not enough, two years later he became the chairman of a little upstart electric car company called Tesla Motors, coincidentally named after one of his inventor heroes, Nikola Tesla. And as if all of that was not enough for one man's plate, in another two years he became the chairman of SolarCity, which is now the country's largest installer of solar panels.

When Elon first set out on his own after dropping out of Stanford, he set out to work on "important problems that would most affect the future of humanity": the Internet, clean energy, and space. Talk about setting goals and sticking to them! As a result of his activities, Musk has been likened to a modern day Thomas Edison. But if you know your history, Musk would much prefer to be likened to Nikola Tesla. On paper, he certainly puts even Henry Ford to shame. Not only is Musk at the helm of three cutting-edge companies, he's also a designer and "product architect," coming up with many of the companies' products himself. 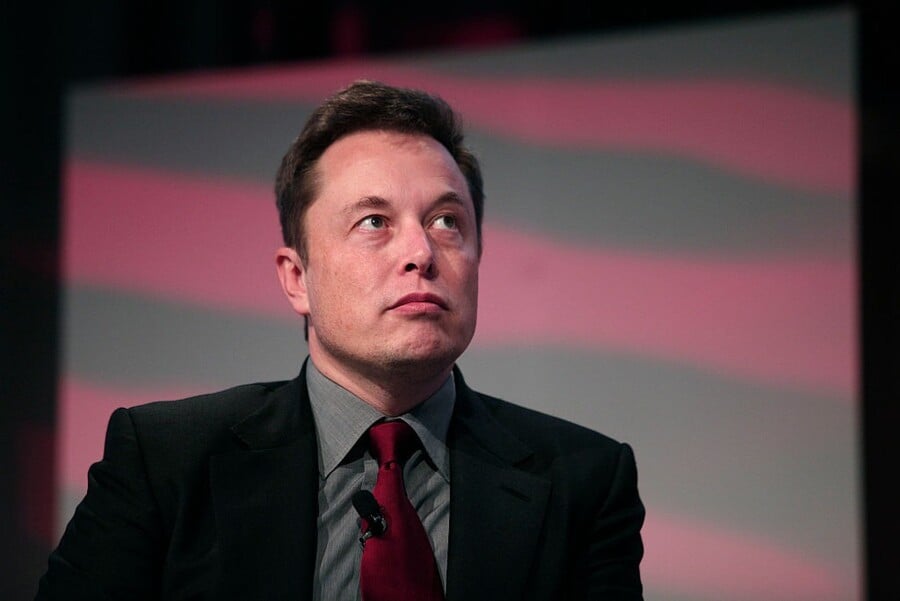 And while all his companies have a definitive positive social impact, Musk is also active in more purely philanthropic ways. He is the chairman of the Musk Foundation, which focuses on science education, children's health, and clean energy. He's a member of The Giving Pledge, founded by Warren Buffett and Bill Gates, publicly committing to give away most of his fortune to philanthropic efforts.

Musk reportedly works 100 hours a week to run all three of his companies. It's no wonder he's also had two marriages end in divorce. He also has five children who will likely one day follow in their father's footsteps, although they may have to choose just one company.

If Elon Musk sounds like a real-life Iron Man, it's no coincidence. Iron Man director Jon Favreau has publicly stated that Musk was the inspiration for his version of the genius billionaire Tony Stark in the recent movie franchise. (Although it should be noted that the Tony Stark character has existed since 1963, eight years before Elon was born). Favreau even tipped his hat to Elon by giving him a quick cameo with Robert Downey Jr and Gwyneth Paltrow in Iron Man 2.

Regardless of whether or not you consider Elon Musk to be a modern day Iron Man or Nikola Tesla, one thing is for certain: He is an incredibly inspirational person who lives a fascinating life. And it's probably safe to say that the world is going to be a lot better off in the future, thanks to Elon Musk!