Elizabeth Taylor was, in many ways, the quintessential poor, little rich girl. The British-born, American actress enjoyed an incredibly successful and long career as as a performer, but she also battled personal demons, was barely literate, and was ruled by an incredibly strict stage mother for most of her early life. Her box office success ensured that she had money to burn, and her spending habits were almost as newsworthy as her next premier. When she passed away in 2011, her estate was valued at almost $1 billion. Her jewelry collection alone was worth $150 million, and a portion of it fetched $115 million at auction. Unfortunately, money can't buy happiness, and in many ways, happiness seemed hard for the award-winning performer to come by. Here's the story of one of the richest performers in Hollywood, and one of the most troubled.

Elizabeth Rosemond Taylor was born on February 27, 1932, in the Hampstead Garden Suburb of London, England. She grew up with her parents and one older brother. As a child, she studied ballet and attended school in the UK. When the beginning of World War II was looming, her American parents chose to return to the US, eventually settling in Los Angeles. Her father was an art dealer and he opened a gallery in L.A. that featured a number of contemporary European painters. The gallery became quite popular with the Hollywood elite, including major media types, and this would come to have a profound impact on the family. 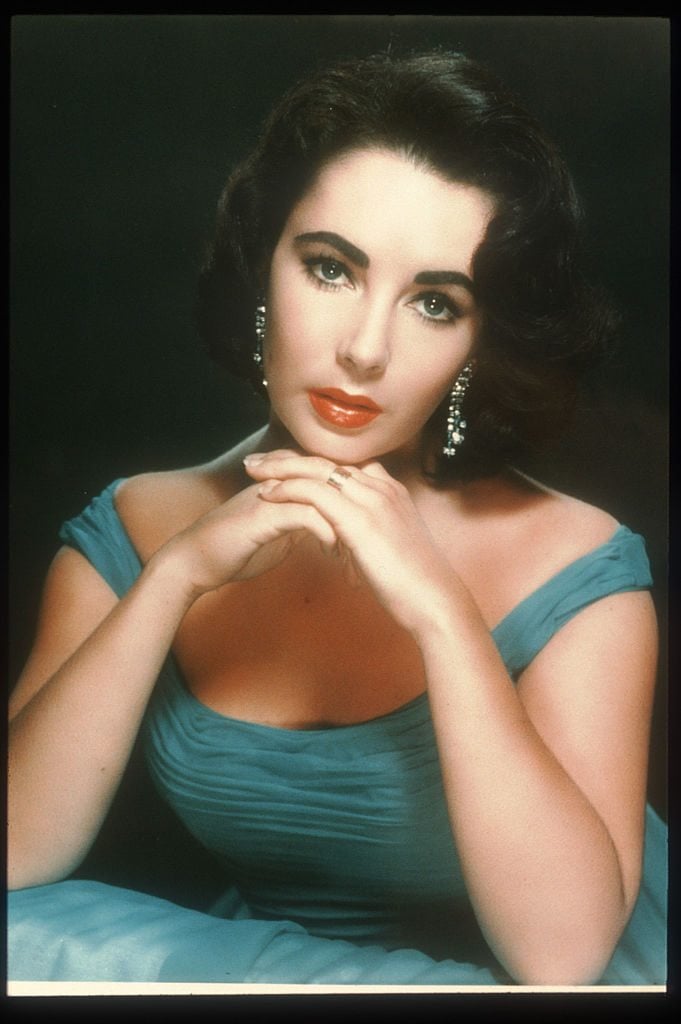 Elizabeth Taylor had striking features, including dark hair and dark blue eyes that appeared violet under some light. It was an almost daily occurrence for agents, managers, and other Hollywood business types to approach her family and ask if she wanted to audition for a project or a studio contract. Her mother, a retired actress, refused to allow her daughter to launch a career in show business. She was unfamiliar with the film industry, and even more unfamiliar with how a child could work in film. However, the family was eventually introduced to John Cheever Chowdin, the chairman of Universal Pictures, through a gallery friend. He convinced them that there there might actually be a future in Hollywood for Elizabeth. Metro-Goldwyn-Mayer executives also heard about the pretty little girl that had appeared at Universal Pictures, and both studios began trying to get the Taylors to sign with them. Universal Pictures snatched her up before they'd even screen-tested her, but it was a short-lived partnership. After signing her to a seven year contract, she made one film for the studio, "There's One Born Every Minute." The film was released in 1942, but then Universal dropped her unceremoniously. There was no real reason given. When Elizabeth Taylor's father got wind of the fact that MGM was looking for a girl to play the young female lead in "Lassie," he jumped at the chance for her to audition. She booked the role, and after the success of the film and favorable reviews of her performance, MGM offered to sign her to a long term contract.

Her mother didn't want a repeat of the Universal situation, so she decided to ask the heavens, if Elizabeth really had the ability to make it as an actress. She had her daughter read the part that she herself had once performed in the play, "The Fool." Elizabeth's performance brought her mother to tears and she signed the seven year contract, which guaranteed them $100 a week ($1,300 per week in 2015) with regular raises. For the next few years, she appeared in such films as "Jane Eyre," "The White Cliffs of Dover," and "National Velvet," which made her a bonafide child star. Just a few years into her first seven year contract, MGM chose to extend the contract. "National Velvet" made over $4 million (equivalent of $54 million in 2015) at the box office when it opened in 1944. It was a major hit for MGM, and made them want to hold on to their newest starlet. Her next film, "Courage of Lassie," was also a success, and earned her yet another new contract. She was now making $750 per week, the equivalent of $10,000 per week in 2015. Throughout the late 40s, she appeared in a steady string of movies, including "Life with Father," "Cynthia," "A Date with Judy," "Julia Misbehaves," and "Little Women," among others. 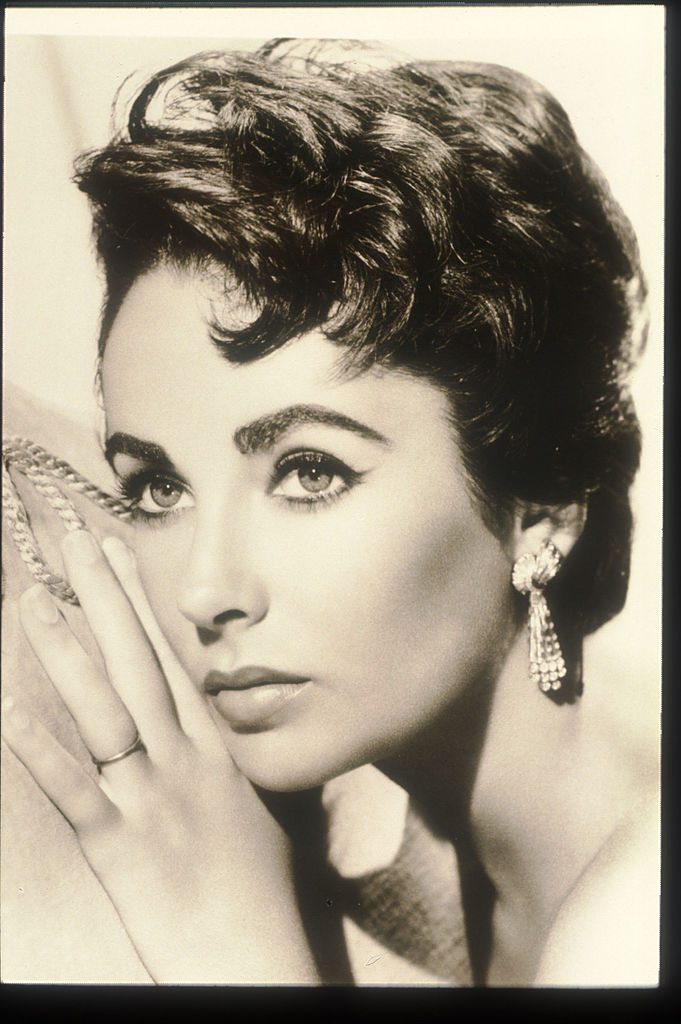 At the same time, Elizabeth was growing tired of Hollywood life. She wanted to quit, but her mother wouldn't let her. She told Elizabeth, "You have a responsibility… to the country now, the whole world." As Elizabeth's star had risen, so had her mother's need to control every aspect of her daughter's career. Her mother would run lines with her over and over. She trained her to cry on cue. Directors grew accustomed to Elizabeth's mother giving her additional direction, or demanding retakes if she felt that Elizabeth had made a mistake. At the same time, other people on set treated her like she was a child. Her onset tutor would lead her to lessons by her ear. So much of her time was spent making movies, that her schooling had fallen by the wayside. She struggled to read and had to use her fingers when doing basic addition. These issues weren't a problem as far as MGM was concerned, as long as she continued making hit films.

When she was 16, she made a fairly smooth transition into adult roles. She'd always had a face and a poised quality that seemed older than her years, and her body had matured early. She had a perfect hourglass figure with a 19″ waist, and MGM immediately paired her with one of its more popular adult stars, Robert Taylor, in the spy thriller "Conspirator." In the film, she portrayed a 21-year-old. In real life, her costar, Robert Taylor was 38. While the film wasn't a huge success, her performance was widely praised. Her contract was again renewed. Now she was making $2,000 per week ($20,000 in 2015). Her next few adult films weren't particular successes, but she finally scored a hit with "Father of the Bride" in 1950, and then established herself as a true adult dramatic actress with "A Place in the Sun." She made the film when she was just 17 years old, and the content matter was largely beyond her. Yet, somehow, she managed to channel something that had critics and audiences alike begging for more. Suddenly, little Elizabeth Taylor from "Lassie" and "National Velvet" had become a major star.

Though audiences were interested in seeing her flex her dramatic muscles, the studio was more cautious. For the next few years, she was stuck appearing in a series of films that did little to capitalize on her newfound popularity. It wasn't until "Giant" in 1956, that she finally had a role that challenged her. Her favorable reviews in that film led to a string of successful projects, all of which netted her Oscar nominations, including "Raintree Country," "Cat on a Hot Tin Roof," "Suddenly, Last Summer," and "BUtterfield 8." She won her first Academy Award for Best Actress for "BUtterfield 8," and then immediately left her contract with MGM. She'd worked for them for 18 years, and with an Oscar win and a string of financially and critically successful films under her belt, she was ready to branch out on her own. 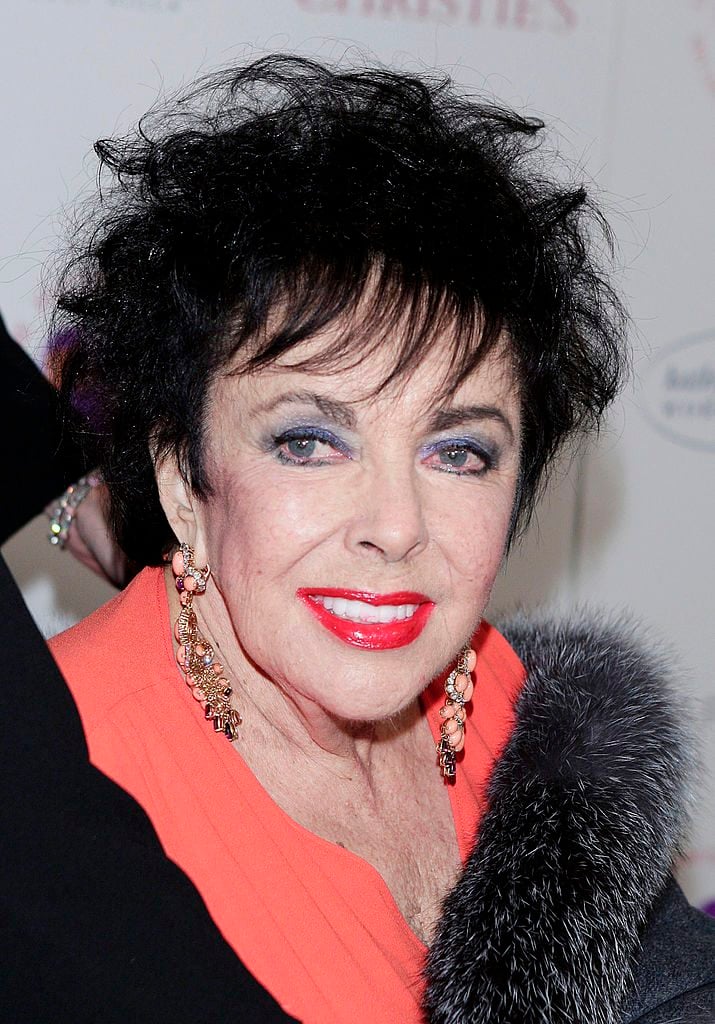 She was now in the upper echelon of earners in Hollywood. She became the highest-paid actor in Tinseltown when she signed a $1 million ($8 million in 2015) contract with 20th Century Fox to appear in "Cleopatra" in 1960. The film was a major success and went on to earn her $7 million ($55 million in 2015). She then won a second Academy Award for her work in "Who's Afraid of Virginia Woolfe?" At this point, she and her then-husband, Richard Burton, were such powerhouses in Hollywood, that when they considered taking a 3-month break, executives freaked out. The couple's films accounted for nearly half of the U.S. box office in the 60s. Over the next decades, she would slow down somewhat, appearing in such films as "Reflections in a Golden Eye," "Zee and Co.," "A Little Night Music," "Under Milk Wood," and "Hammersmith Is Out," as well as various made-for-tv movies, television shows, and productions on Broadway and in the West End.

Though she may not have actually had much schooling, she did learn a thing or two about business over the course of her years in Hollywood. She amassed a real estate portfolio worth $130 million. She was one of the first celebrities to launch a celebrity fragrance line, and controlled everything from the package design to the scents themselves. The House of Taylor fragrance line is responsible for such popular perfumes as Passion and White Diamond. White Diamond is still popular to this day, and has earned over $1 billion. The House of Taylor fragrance line has grown to include 11 other scents since it first launched in 1988. In the year before her death, the line generated $77 million in revenue. She also published multiple books, including "My Love Affair with Jewelry" about her extensive jewelry collection, as well as "Elizabeth Takes Off: On Weight Gain, Weight loss, Self-Image and Self-Esteem," for which she received a $750,000 advance from the publisher.

Her private life had major ups and downs, including eight marriages. She had major struggles with her health, including breaking her back five times, dual hip replacements, skin cancer, and various other set-related injuries. Her weight fluctuated at an alarming rate, and she was addicted to painkillers and sleeping pills. She was, in many ways, the textbook "poor, little rich girl." On the surface, she had it all. Massive amounts of money, adoring fans, and a filmmaking legacy that is nearly unparalleled. However, at what cost? What would have happened had she been allowed to quit acting all those years ago when she had wanted to originally? Who knows? What is clear, is that she made the most of career and her life, and earned every bit of her $1 billion estate.