Elizabeth Holmes And Theranos Were Reportedly Frauds From The Very Start

It wasn't all that long ago that we were heaping praise on Theranos founder Elizabeth Holmes for her revolutionary blood testing methods and her self-made billions. She was the youngest female self-made billionaire in history. Then she lost it all. And we do mean all. She lost the billions. She was banned from running a lab for a number of years. Now, it's gotten even worse. Her reputation is completely destroyed.

The biotech company was in operation for 12 years before questions about its practices and suspicions about its authenticity surfaced. Now, it turns out that Theranos was a FRAUD from the start. In a new book from The Wall Street Journal reporter, John Carreyrou, called Bad Blood: Secrets and Lies in a Silicon Valley Startup, he recounts an early demonstration of Thernos' blood testing system. It was Carreyou's exposed WSJ report that cracked open the issues at Theranos 12 years after its 2003 founding. Thernos had claimed their tests could deliver results for hundreds of conditions and diseases using just one drop of blood. 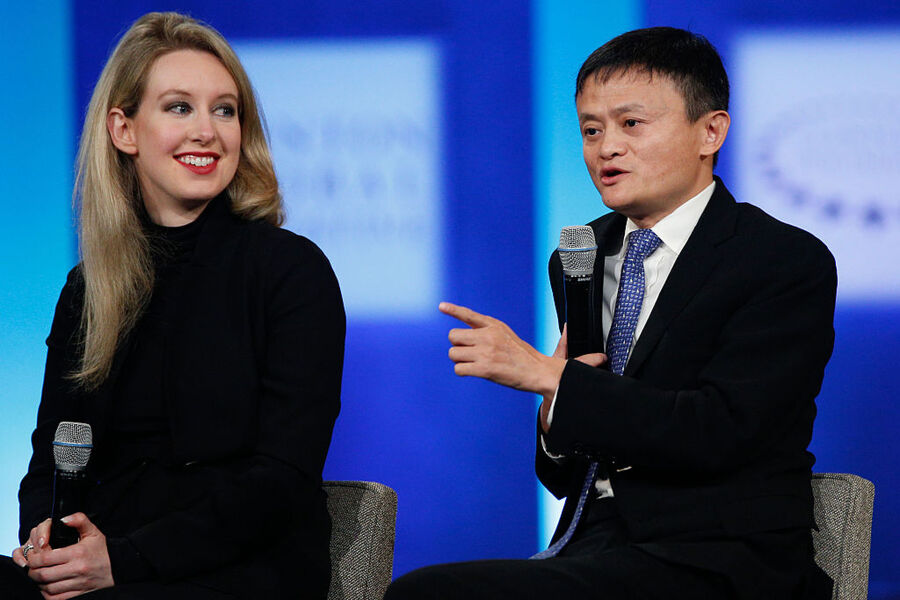 In 2006, Theranos founder Elizabeth Holmes was giving a demonstration of her blood testing system at the pharmaceutical company Novartis in Switzerland. The demonstration was supposed to give real time results, however, the testing failed and Theranos sent over FAKE results from the lab in California. Those fake results were predetermined in the event of a failure of the blood testing. Theranos and her team were well aware that their blood testing system was faulty, therefore, they arranged to have these fake results at the ready to cover their butts. Then Theranos CFO Henri Mosley noticed some unease amongst Theranos employees after the incident in Switzerland.

In his book, Carreyrou writes:

"Mosley couldn't get a straight answer from anyone, but he now suspected some similar sleight of hand. And he was right. One of the two readers Elizabeth took to Switzerland had malfunctioned when they got there. The employees she brought with her had stayed up all night trying to get it to work. To mask the problem during the demo the next morning, Tim Kemp's team in California had beamed over a fake result."

When Mosley learned about the pre-determined results, he approached Holmes about it. Mosley was fired for doing so.

Fast forward to 2014, and Rupert Murdoch, head of News Corp. invested $125 million into Theranos, making him its biggest investor.

In 2015, when Holmes got word that Carreyrou's WSJ piece on her company was about to break, she made an appointment with the media mogul. She was aware that Carreyrou's piece was going to expose Theranos as a fraud. The company had a $10 billion valuation at the time. Holmes, well aware that Murdoch had $125 million sunk into her company, pled with him to kill the story. Murdoch refused.

Say what you will about Murdoch's business practices, when he could have saved himself $125 million, he went with the story that would destroy a company he had heavily invested in. A year later he sold back his $125 million investment for $1.

Over the years, Holmes and her top executives refused to allow anyone to look at the technology behind her idea. Staff who asked questions were threatened or fired. Investors were told they would not be getting any regular updates on the status of the company. No one wanted to miss out on the chance to be a part of the next Facebook or SnapChat, so they stopped asking questions.

Elizabeth Holmes is facing federal criminal investigations and has been charged by the SEC with running an "elaborate, years-long fraud." Holmes was thought to be a genius and revolutionary. It turns out she was just an egomaniacal liar capable of fooling nearly everyone but one Wall Street Journal reporter who smelled something foul and investigated it.