By Dina Zipin on September 3, 2018 in Articles › Entertainment

In the 1970s, Eddie Nash was the wealthiest and most dangerous gangster operating on the West Coast. If you don't recognize the name, you might remember the tweaked out drug dealer in Paul Thomas Anderson's epic Boogie Nights – you know, the guy who danced around to Night Ranger's "Sister Christian" in a robe and Speedos? Word is, he was based directly on Eddie Nash.

Nash didn't start off as a feared drug dealer. His family owned several hotels in what was called Palestine at the time of his birth in 1929 but today would be called Israel. Nash has reportedly said that he'd spent time in a refugee camp, and that his brother-in-law was shot and killed by Israeli soldiers.

The youngest son in the family, Nash came to America with less than ten bucks in his pocket. He worked odd jobs for a while, and then opened Beef's Chuck, a hotdog stand on Hollywood Boulevard. Nash worked tirelessly, cooking, waiting tables, and running the show. In those early days in Los Angeles he even tried his hand at acting, but his hopes of becoming the next Warren Beatty or Paul Newman were short-lived.

By the mid-seventies, Ed Nasrallah changed his name to Eddie Nash and made a small fortune. Nash held thirty-six liquor licenses and owned real estate and other assets worth over $30 million (roughly $133 million today). He owned teen dance clubs, nightclubs, and strip clubs like Kit Kat club, The Odyssey, and The Starwood. During that decade, Los Angeles police averaged twenty-five drug busts a month at the Starwood. One search of the club turned up a cardboard box with 4,000 counterfeit Quaaludes. A sign on the box, written in blue marker, said, For Distribution at Box Office.

The drug he used most often was freebase cocaine, and there are reports that he mixed the crack with heroin on occasion. Because of the abuse, Nash was missing part of his sinus cavity, one of his lungs had been removed, and he had a steel plate in his head. He became more withdrawn and reclusive, and rarely left his Studio City house. He stayed home, wore a uniform that included a maroon silk robe and bikini briefs, a la Boogie Nights. According to court testimony, Nash had a thing for young girls, whips, and Russian roulette. He was dangerous, but his most brutal act occurred in the summer of 1981 at his property in Laurel Canyon. The incident became known as the Wonderland murders, and involved the era's most famous adult film star, John Holmes.

Nash loved adult movies. He invested in movies and leased office space to several adult-film-related businesses. Nash became friends with Holmes, who made 2,274 hardcore adult films and had sex with an alleged 14,000 women. He was also the first man to win the X Rated Critics Organization Best Actor Award. His most successful role was Johnny Wadd, the hard-boiled detective, based on Sam Spade.

Holmes had a dangerous drug habit of his own, and his career was starting to falter because of it. He was in debt to a group of drug dealers called the Wonderland Gang, named after the house they lived in on Wonderland Avenue in Los Angeles. They were one of the dominant cocaine dealers in L.A. at the time. Nash was the owner of the property. 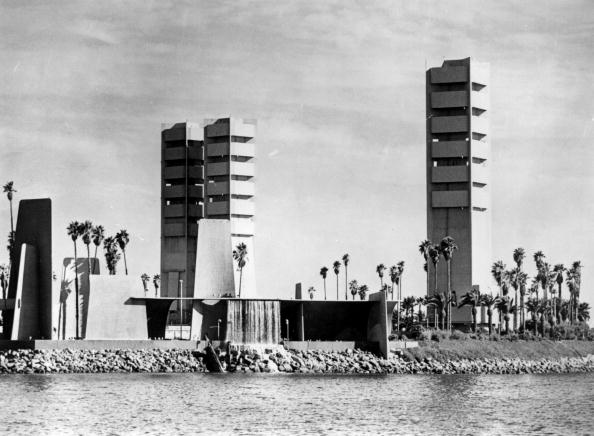 Audrey Miller was leasing the house. She was a heroin addict and a mom, and both Miller and her lover, Billy DeVerell had previous arrests for drug related crimes. Drug smuggler Ronald Launius also stayed at the house. Holmes owed Nash and the Wonderland crew a huge sum of money, and so to pay off his debts he became a delivery boy for the Wonderland Gang. In a moment of panic, he told them he would help them target Nash. They made a plan: Holmes would visit Nash's house, leave a sliding glass door unlocked, head back to Wonderland and tell the crew the coast was clear and they could take Nash down. Holmes did his part, but when he went to alert the Wonderland gang, they were all passed out.

Three hours later, Holmes drove to Nash's again to make sure the sliding door was still unlocked. But this time, the crew decided not to wait for Holmes to come back. The robbery went down, and Nash and his bodyguard were beaten and left for dead. Nash had a feeling Holmes was in on the plan, so he had the strung-out adult film star brought to his house to question him. Holmes was caught red-handed: He was wearing one of the rings stolen from Nash's house.

Nash ordered his men to beat Holmes, but spared his life when Holmes identified the Wonderland gang as the thieves. And so in the summer of 1981, the notorious Wonderland Murders occurred. Launius, Deverell, Miller, and Barbara Richardson were found bludgeoned to death at 8763 Wonderland Avenue. Nash had allegedly planned to have Holmes killed as well, but he instead decided to use the Wonderland murders to "teach Holmes a lesson" by having him witness and allegedly partake in the event.

As for Nash, he was sentenced to eight years in prison, but a judge released him after only two, supposedly due to health issues. An associate of Nash's later said that they had bribed the judge with about $100,000 to get him out. It's amazing to think that one of the most brutal criminals, who orchestrated one of the most gruesome murders of the 1970s (and this is during the Manson murders) got off so easily.

Years later, in 1995, federal agents armed with search warrants raided Nash's house and confiscated what was thought to be a cache of methamphetamine. Embarrassingly, the meth turned out to be a bunch of mothballs, and no charges were filed against Nash.

The End of Eddie Nash… Sort Of

Then in 2000, after a four-year joint investigation involving local and federal authorities, Nash was indicted on federal charges under the Racketeer Influenced and Corrupt Organizations Act (RICO) for drug trafficking and money laundering, conspiring to carry out the Wonderland Murders, and bribing one of the jurors of his first trial. Nash agreed to a plea bargain agreement in September 2001, pleading guilty to RICO and money laundering charges. He admitted to jury tampering and to ordering his associates to get stolen property from the Wonderland house, but he denied having planned the murders. Nash, by this time in poor health, also agreed to cooperate with law enforcement authorities. He received a four-and-a-half year prison sentence (including the time already served) and a $250,000 fine.

Small price to pay for a one-time multi-millionaire who likely orchestrated a brutal quadruple homicide.