A few years ago, I was in Vancouver, hiking along the beach with my best friend, when we saw a sign for a free concert on that beach. The artist was a guy named Ed Sheeran. We had heard of him, but just barely. The show was part of his x tour, and what we didn't know at the time, was that the young redheaded Brit was literally on the verge of becoming a worldwide superstar. This year, 25-year-old Ed Sheeran made $33.5 million and has a net worth of $65 million. He also won two Grammys for his song "Thinking Out Loud." Let's take a look at his rise…

Ed Sheeran was born in England in 1991. As you can imagine, he's been musical his whole life. He began singing in his church choir at the age of four. When he was 11 years old, he went to see a Damien Rice show in Ireland with his father and that made a big impression on him. He began writing songs in high school. 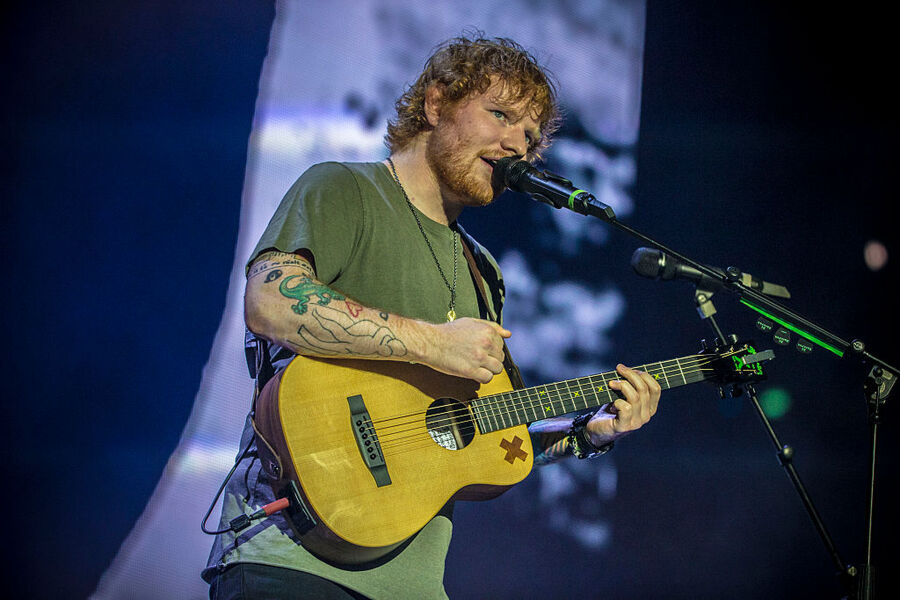 In April 2010, 19-year-old Sheeran bought a ticket to Los Angeles, determined to seek his fortune. He played open mic nights all over the city, eventually landing at Jamie Foxx's The Foxxhole. Foxx was very impressed with the teenager and offered him the use of his personal recording studio, as well as a place to stay in his Hollywood home.

In early 2011, Sheeran released the EP No. 5 Collaborations Project, which caught the attention of Elton John. He signed with Asylum Records, and released his debut album, +, on September 9, 2011. That album has since been certified six times platinum in the UK.

It wasn't until 2012, that audiences outside of the UK began to take notice of Sheeran. Not coincidentally, this was in large part because he made a guest appearance of Taylor Swift's album Red. He also released his debut single that year. "The A Team" was nominated for 2013's Song of the Year at the Grammy Awards. Sheeran performed the song with Elton John on the broadcast. He spent much of 2013 opening for Taylor Swift on her Red tour. (We all know how much insane money Taylor Swift's tours make!)

Sheeran's second studio album, x, was released on June 23, 2014. The album's third single "Thinking Out Loud," proved to be the winner. The song and accompanying video, which featured Sheeran and a woman ballroom dancing, became his biggest hit to date. The song spent eight weeks at No. 2 on the Billboard Hot 100 chart.

x has sold more than 2.6 million copies since its release. The accompanying world tour for the album Sheeran playing sold out shows across the globe, but most notably at Wembley Stadium. These days, singers and musicians make the bulk of their money through tours and merchandise and that isn't any different for Sheeran. He just also has another gig…

Ed Sheeran made $33.5 million in 2016, down from the $57 million he made in 2015. With a lot of talent and the luck of meeting Jamie Foxx and Elton John, Sheeran has risen from obscurity to superstardom in an astonishingly short time. The 25-year-old has a net worth of $65 million and a legion of fans that call themselves the Sheerios.