By Amy Lamare on August 11, 2017 in Articles › Entertainment

Every once in a while, a salacious story comes along that is irresistible. This is one of those times. Scott Kennedy is the 43-year-old former CEO of the pharmaceutical firm Nemara. He is under investigation for fraud and money laundering because he reportedly let a now-31-year-old woman named Crystal Lundberg run up $5.8 million of charges on Nemara's corporate credit card. It must be love, right? Well… it seems that the couple met on a website called backpage.com, which advertises sexual services. Crystal Lundberg is allegedly an escort.

The FBI is looking into this case. The court filings allege that Kennedy allowed her to run up nearly $6 million in charges on a number of items including plastic surgery, an $8,000 a month chauffeur for her kids, $6,000 on two purebred dogs, and even a mansion in San Diego. She is also under investigation for money laundering and fraud by the FBI. Neither Kennedy or Lundberg have had criminal charges filed against them, at least not yet.

Reportedly, Kennedy let Lundberg talk him into spending all of that money because he just wanted to be loved and he hoped that by being so generous, it might lead to the couple having a family of their own.

Kennedy allegedly told the FBI that he met Lundberg in 2012 when he answered her ad on Backpage.com. At the time, she was working as a professional escort. The FBI says that Kennedy partook of Lundberg's services between eight and 10 times in the time period from 2012 to May 2015. According to the FBI's filing, somewhere along the way Lundberg began asking Kennedy for financial assistance. Not long after, she moved into Kennedy's home with her two kids and their pets. Sometime after that, Kennedy allegedly allowed Lundberg to use his company credit card after she told him she needed help buying Christmas presents for her children. Over the course of the next 16 months, Kennedy and Lundberg racked up $5.8 million in charges on the company credit card. 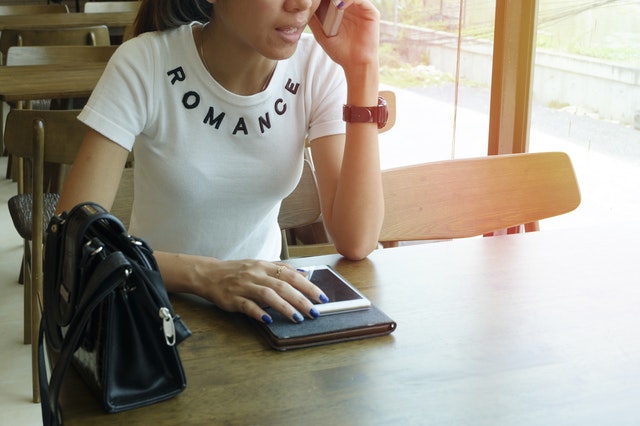 Nemara's internal investigation into the charges revealed that there were more than 8,800 fraudulent charges on Kennedy's company credit card between November 2015 and March 2017. Charges that should never have been on the company card include money to set up her own spa business, plastic surgery, $279,231 in jewelry, more than $600,000 in clothing, and many trips to exotic locales including Costa Rica, Bali, Hawaii, and France. In fact, nearly $1 million was spent on travel alone.

Kennedy also allegedly charged the $12,000 a month rent on a 7,000 square foot San Diego mansion for Lundberg. The escort also reportedly charged $24,000 to move her plants from her former home in Illinois to San Diego. Nemara's credit card also had a charge of $585,000 for Lundberg's stay at a fancy medical spa, according to the filing.

Kennedy told the Chicago Tribune that he was willing to take a chance on Lundberg because he wanted to be loved.

She became aware of the charges on Kennedy's credit card earlier this year. After a review of the card's activity, Kennedy was fired in March. That's when the FBI entered the picture. They confronted Kennedy and he reportedly blamed Lundberg for the charges, however, he did admit to purchasing gift cards with his company credit card to pay for his living expenses. He claimed that Lundberg had maxed out his personal credit cards.

Kennedy told the FBI that he believed Lundberg would repay him for the improper charges. She allegedly led Kennedy to believe that she had been adopted by a wealthy family as a small child and would gain access to a $4 million trust fund when she turned 30. It will come as no surprise that this wasn't the case. In reality, Lundberg had filed for bankruptcy in 2009 and at that time reported that she had $100 in her checking account and an income of $200 a month. No trust fund was mentioned.

Kennedy has agreed to cooperate with the FBI's investigation. He is expected to make undercover recordings of his interactions with Lundberg.

Prosecutors filed a warrant in May to seize Lundberg's business checking account. At the time, FBI agents in full gear raided her San Diego mansion and seized a Jaguar, white grand piano, and other assets. At the time, the home was the location of an estate sale advertised as "Unexpected Move For Chicago Heiress With Designer EVERYTHING."

Lundberg appears to still be living in the $12,000 a month San Diego mansion.