Dr. Dre's Wife Claims She Co-Owns The Trademarks To His Name And His Album "The Chronic"

By Amy Lamare on September 28, 2020 in Articles › Entertainment

The divorce battle between Dr. Dre and his estranged wife Nicole Young is heating up. Young is suing Dre claiming that she co-owns the trademark to his name. She also claims she co-owns his most famous album, "The Chronic." In the documents filed in a court in Los Angeles, she alleges that her estranged husband transferred the trademarks to a holding company earlier this year after he kicked her out of the home they shared. Bryan Freedman, Young's attorney, claims that Dre was "caught secretly transferring valuable trademarks he owned with his wife … to a newly created asset holding company that he created and controlled after he expelled his wife from their home, and before he threatened to file divorce." Freedman is a high powered attorney who previously represented Megyn Kelly and Gabrielle Union in their lawsuits against NBC. 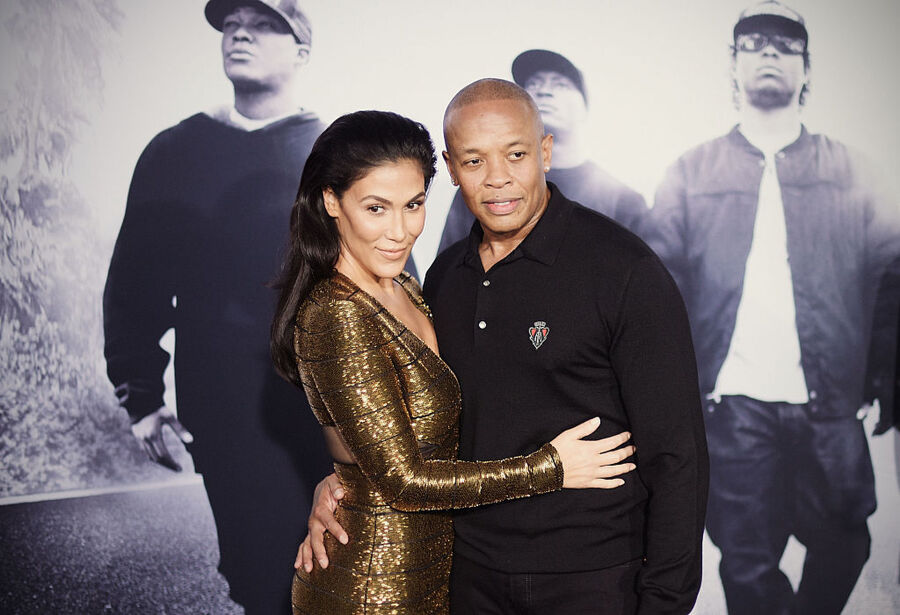 Young filed for divorce two days after Dre threatened her with divorce. Dre and Young have been married for 24 years and have two adult children. The court papers further reveal that Dre reportedly transferred the trademarks without her consent or knowledge. In this new lawsuit against her soon to be ex-husband, Young alleges that Dre forced her out of their home in early April and then set out to transfer their assets to deprive Young of them. The trademarks were filed while Dre and Nicole were married, which make them community property under California law. However, Dre is claiming to be the sole owner. Young wants the trademarks to be put in a trust. She is suing for damages and legal fees.

Last month, Young filed a lawsuit challenging the prenup she signed before she married Dre. On August 4th, a filing in L.A. court claimed that Dre tore up copies of their prenup a few years into their marriage. She then operated on the assumption that it no longer existed. Dre has requested that the issue of the prenup be resolved before moving forward with the divorce.

On the other side of this divorce battle, Dr. Dre's attorneys are accusing her of draining the business account of the Record One recording studio. Dre founded the recording studio with Larry Chatman in 2015. Nicole Young was a trustee and signatory on the checking account for the business. Dre's team is now claiming that Nicole "decimated" the bank account last month. They have a copy of a check Nicole wrote to herself for $353,571.85. As a result, Dre's legal team is accusing Nicole of  "blatant and unjustifiable criminal embezzlement of corporate funds," as well as a breach of her fiduciary duties. Dre and Chatman are demanding Nicole return the $353,571.85 by Tuesday, October 29, or else they will sue her for it.

Of course, Nicole's attorney Bryan Freedman is calling BS on this latest move by Dre to discredit his estranged wife. He said that Nicole had "both the contractual and the legal right to have taken this action and Andre's team is well aware of this fact." He called it a distraction from the fact that Dre was caught transferring community property in an effort to deprive Nicole of the money she is due.

Buckle up, people. This divorce battle is just getting started and looks like it's going to be epically nasty and expensive.
Did we make a mistake?
Submit a correction suggestion and help us fix it!
Submit a Correction