What Is Dr. Dre's Net Worth? How Rich Are His Super Bowl Halftime Show Co-Performers?

By Brian Warner on February 13, 2022 in Articles › Entertainment

It's around 6:40 am PST as I begin typing this article. Just a few miles from where I'm sitting, Dr. Dre is probably still asleep in his Brentwood mansion. A mansion he bought from Tom Brady and Gisele Bundchen back in 2014 for $50 million, that's likely worth closer to $75 million today.

In a few hours, Dre will be picked up by a fleet of SUVs and perhaps even a police escort to whisk him 12 miles south to SoFi stadium in Inglewood, California to headline the Super Bowl halftime show.

I have a feeling it will be an emotional drive for Dre. One of the most full-circle, "how did I get here?" moments any individual has ever experienced. Imagine traveling by motorcade from your $75 million gated mansion on a hilltop in Brentwood to headline the Super Bowl halftime show just a few miles from the rough streets where he grew up. I just looked up Dre's childhood home. It's an 18 minute drive door-to-door to SoFi Stadium.

Dr. Dre will be turning 57 in a few days (Feb 18). Let's pretend he had a time machine and went back 40 years. Of the following accomplishments, which would be most difficult-to-fathom for a teenage Andre Young?

Frankly, any one of those accomplishments would have melted a teenage Dr. Dre's mind. 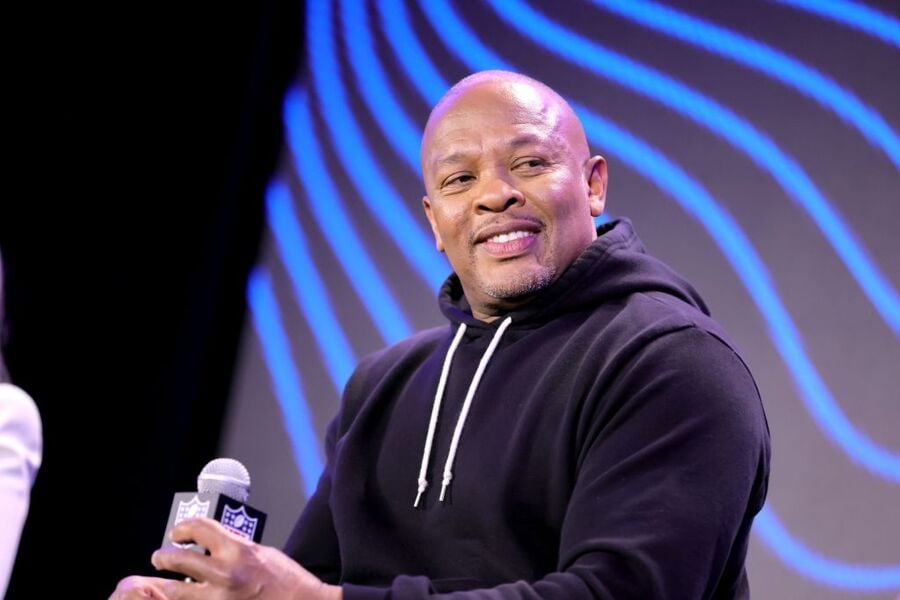 What is Dr. Dre's Net Worth?

We have been tracking Dr. Dre's net worth longer than any other outlet online or in print media. That's a fact. We were the first publication to estimate Dr. Dre's personal fortune, launching his net worth page in September 2009.

Back then Forbes was still a print magazine that primarily reported on random German industrial magnates. Bloomberg didn't have an editorial website at all. Bitcoin was just a few months old. Bill Gates was the richest person in the world with a net worth of "just" $40 billion. That net worth today wouldn't crack the top 30. Steve Jobs was still alive. Mark Zuckerberg wasn't a billionaire.

When we first added Dre's net worth to CNW in 2009, we pegged his fortune at $75 million. That number grew slowly for a few years. As you know, Dre's biggest windfall came in May 2014 when he and Jimmy Iovine sold Beats by Dre to Apple for $3 billion. At the time of the sale, Jimmy and Dre both owned 25% of Beats by Dre and therefore they each earned $750 million pre-tax from the deal.

We learned a whole lot about Dre's fortunes in December 2021 when he was in the midst of a heated divorce battle with his wife of 24 years, Nicole Young. According to Dre's court filings, at that point he controlled liquid assets worth between $450 and $500 million. The filing showed that Dre earns an average of $230,000 per month, he sold $73 million worth of Apple shares in the previous 12 months, held $183 million in checking and controlled $270 million worth of personal property.

Eventually Dre agreed to pay Nicole $100 million, with $50 million upfront and another $50 million a year later.

When it's all said and done, even after the $100 million settlement, today we estimate Dr. Dre's net worth at…

That fortune easily makes Dre the richest performer at the Halftime show (and probably one of the richest people in SoFi stadium), but let's take a quick look at the fortunes of his fellow performers: