The Insane True Story Of theGlobe.com – Arguably The Biggest And Most Embarrassing Dotcom Failure of All Time

The phrase "the dot-com bubble" is often tossed around very casually when talking about technology and the growth of the internet over the last 20 years.  People speak of this period with something bordering on nostalgia.  It was a brief period of time when the internet was fresh, new, undiscovered territory, and a wave of computer-savvy twenty-somethings became millionaires overnight.  All those computer geeks who got pushed around in the hallway during high school were now getting the last laugh.  However, "the dot-com bubble" really was just a bubble, and eventually it popped.  When it did, websites and domains that had seemed hot tickets one day, became nearly worthless almost instantly.  This change in status is epitomized in the story of theGlobe.com, a website that is considered by many analysts to be the biggest (and most embarrassing) dot-com failure ever.  What does it take to be the biggest dot-com failure in the history of the internet?  Read on…

Stephan Paternot and Todd Krizelman met while they were classmates at Cornell University in the early 90s.  Chatrooms were becoming all the rage on college campuses at that time, and the pair of undergrads became totally taken with hanging out in Cornell's chatroom.  However, they saw the chatroom as more than just a place for social interaction.  They saw it as a major business opportunity.  During their Christmas break in 1994, the two men managed to raise a whopping $15,000 towards their goal of creating a programming company.  They then bought an Apple server, and launched their business, WebGenesis.  Between December 1994 and March 1995, the programmed a site called theGlobe.com.  They launched the site on April 1st, 1995.  By May 1st, 44,000 people had visited the site.  Using their connections at Cornell, they brought on recent Cornell computer science graduates, and by the end of the year, they had 17 employees.

The popularity of the site, which was basically a portal for online clubs and chatrooms, made it relatively easy to attract investors.  In 1997, Dancing Bear Investments handed them $20 million.  It was the beginning of the dot-com bubble years, when everyone wanted in on the internet action, and businessmen were willing to toss loads of money at sites they thought might generate major revenue.  Confidence that all of these online businesses would turn a profit somehow, was at an all-time high, and theGlobe.com came along at just the right time.  The investment scored the two 23-year olds salaries of over $100,000 each and another $500,000 in revenue for sales of shares.  The next step in their plan – to go public. 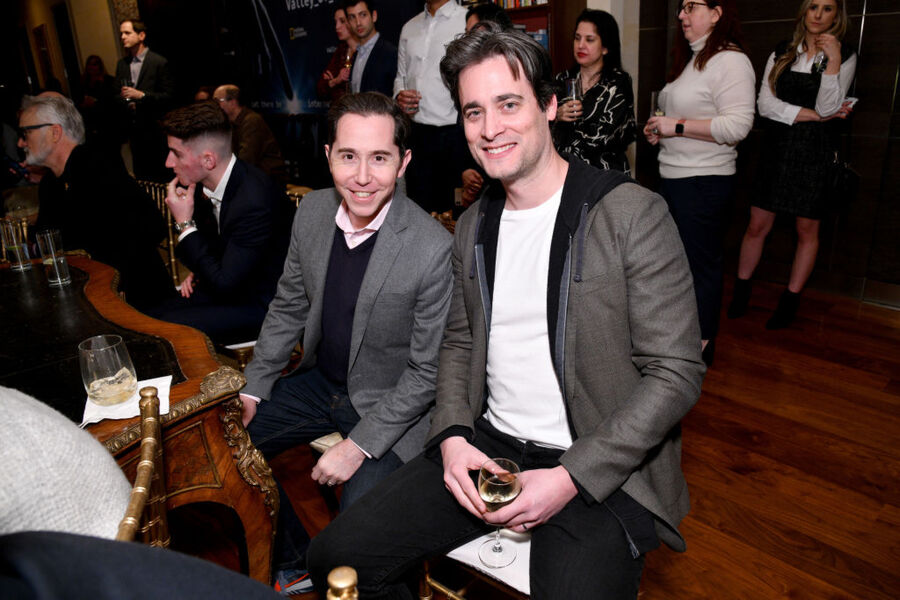 A year later, they issued their IPO, with their target stock price set at $9 per share.  It was Friday, November 13, 1998. As it turns out, 1998 was basically the peak of the dot-com bubble, and theGlobe.com benefited from the frenzy in a big way.  The shares were priced to open at $9, but the first trade happened at a whopping $87.  The price increased to $97 over the course of the day, before settling down to $63.50 per share at the close of the trading.  theGlobe.com had set a record for the greatest initial share price increase of any IPO ever.  The stock's 606% first day increase is still the record holder, over 15 years later.  3.1 million shares were traded that day, for a total of $27.9 million.  The company's market capitalization value was over $840 million.

Overnight, both Paternot and Krizelman were each worth over $100 million (on paper). They were 24 years old.

From there, they expanded theGlobe.com into gaming.  They bought Computer Games Magazine, the gaming site, happypuppy.com, and the online retail store, Chips and Bits, which catered to gaming related paraphernalia. However, their success was short-lived.  Paternot became the subject of a CNN expose about the sudden glut of 20-something multi-millionaires that had occurred due to the dot-com craze.  He was shown spending his money wildly, hanging out with his model girlfriend, and generally being irresponsible and excessive.  He actually said, "Got the girl. Got the money. Now I'm ready to live a disgusting, frivolous life", while on camera – dressed in shiny, leather pants, no less.  theGlobe.com's image took a ding and he earned the unfortunate nickname of "the CEO in the plastic pants".

By 1999, the dot-com bubble had begun to burst, as investors realized that the economy they thought would grow out of the internet boom, was not as sure a thing as predicted.  Shares in dot-com businesses began to decline at an absolutely insane pace. theGlobe.com was hit especially hard when the music stopped. Over the next 6 months, theGlobe's share prices dropped from 90 to 60 to 40 to 30 to 10… eventually bottoming out at less than $0.10.  It was a massive fall from their $97 price of just one year before.  The company's market capitalization dropped from $840 million to barely $4 million. That's a 99.52% decrease. This is what theGlobe.com looked like on August 15, 2001:

It was a jaw-dropping decline in fortune, and Paternot and Krizelman were forced to resign from the company in 2000 by the board members and investors.  The former Vice President of the American Institute of Certified Accountants (AICPA), was brought in to move the deck chairs on the Titanic that was theGlobe.com, but there was no saving it.  By the following summer, 50% of the staff had been laid off, and theGlobe.com site was shut down.  They continued publishing Computer Games Magazine, and hosting some of their smaller sites.

In 2003, a comeback of sorts was attempted. theGlobe.com became the home of GloPhone, a VoIP service that was akin to Skype.  It was a failure almost immediately.  Poor reviews, non-existent sales, and a lawsuit brought by Sprint Nextel for patent infringement, combined to sink the new business.  While GloPhone tanked, Computer Gaming Magazine, and two more publications, Now Playing, and MMO Games, kept the company afloat.  Computer Gaming Magazine was considered one of the top 3 gaming magazines in the country, in fact.  Unfortunately, someone at the top got greedy, and had the grand idea to send unsolicited messages to MySpace.com users.  The were then sued under the CAN-SPAM act, and by a related anti-spam law that only applies to California-based businesses.  The end result?  Computer Gaming Magazine, and the other publications were shelved.  Chips and Bits, one of the few of the original sites umbrella'd under theGlobe.com, was shut down, and GloPhone was canned.  With a nearly $120 million settlement, theGlobe.com was basically obliterated.

By 2008, the company had become a shell corporation and nothing more.  As of 2009, net revenue for the company was $0, and it currently has no employees, except a small group of executive officers who are not paid.  theGlobe.com is the ultimate in cautionary tales for the internet age, and a stark reminder of just how incredibly lucrative, and incredibly fleeting, the dot-com bubble really was.