Food delivery app Door Dash made its market debut as a public company today. When the shares were listed, they hit $182. That's $80 higher than the IPO price set by Wall Street bankers who prepared the deal.

Tony Xu, 36, the company's CEO was expected to land with a net worth of $1 billion, based on DoorDash's low end of its projected price per share. Xu owns 4.6% of the company. About an hour ago, Tony's net worth hit $1.8 billion. As of my typing, it's $3.1 billion.

Co-founders Andy Fang and Stanley Tang own 4.2% each. They were not necessarily expected to become billionaires with the IPO based on Wall Street expectations. As of this writing they are each worth $2.8 billion.

DoorDash's latest funding round in June raised $400 million in operating capital and valued the startup at $16 billion. The IPO pricing was set to value DoorDash at somewhere between $23 billion and $32 billion. As of this writing the company's market cap is $67 billion.

Door Dash is backed by SoftBank's Vision Fund, Sequoia, and the private equity branch of the government of Singapore. The company has wanted to go public for years now, but the growth in business in 2020 due to the pandemic pushed it to its current ready for an IPO status. Sales for January 1 through September 30 were $1.9 billion. That's more than double what sales were for the same time period in 2019. 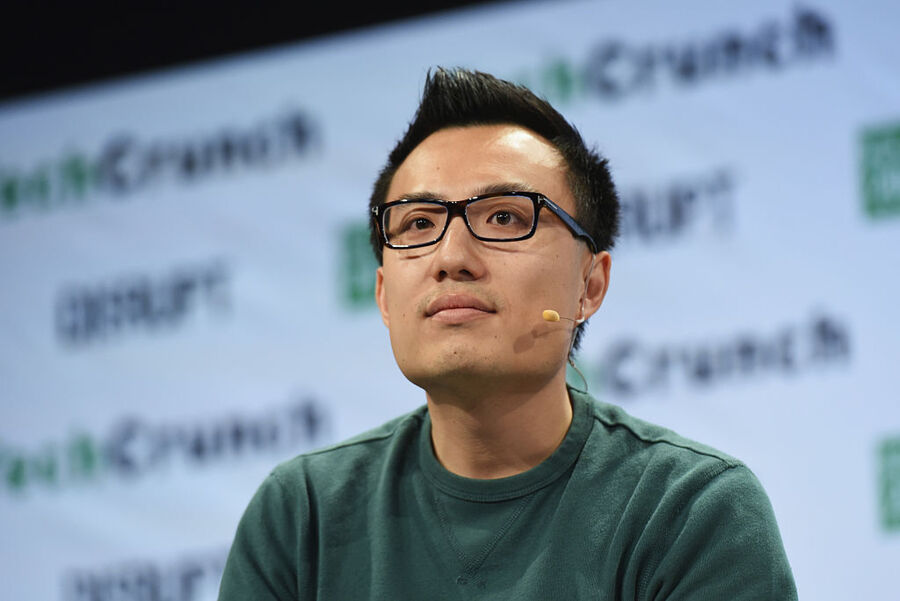 Tony Xu was born in China and moved to the U.S. in 1989 at age 5 with his family. His mother was a doctor in China, but unable to practice in the U.S. She worked several jobs including as a waitress at a Chinese restaurant before opening an acupuncture and medical clinic in Champaign, Illinois. His father enrolled at the University of Illinois and earned his Ph.D. in aeronautical engineering. The family moved to the San Francisco Bay area where his mom opened another acupuncture and medical clinic. Tony graduated from Berkeley with a degree in industrial engineering and went on to the MBA program at Stanford, where he met Evan Moore. After graduating in 2013, Xu and Moore teamed up with Tang and Fang, who were junior computer science students at Stanford to design an app to help restaurant workers. Before co-founding Door Dash, he worked at McKinsey & Co. as a business analyst, at eBay and PayPal in corporate strategy, at RedLaser in business development, and also at Square. Xu is the CEO of Door Dash.

Andy Fang is the CTO of Door Dash. He is from the Bay Area and has his BS in Computer Science from Stanford. He leads Door Dash's engineering team and heads up the product vision, technology roadmap, and architectural direction of Door Dash's platform. In his free time, he likes to play basketball.

Stanley Tang is the co-founder and Chief Product Officer of DoorDash. He grew up in Hong Kong. He wrote a book at 14 called "eMillions" in which he interviewed 14 of the most successful internet marketers. It became an Amazon best-seller. He moved to the Bay Area to attend Stanford and study Computer Science.

Today, Door Dash delivers meals to 18 million customers each month from 390,000 restaurants. Door Dash is not yet profitable (like many startups in the food delivery market) and reported a loss of $149 million from January through September 30, 2020. In 2019, the company's net loss was $667 million. Door Dash has survived the onslaught of consolidation: Uber Eats swallowed Postmates up into its fold in June for $2.65 billion. Grub Hub and Seamless merged in 2013 and GrubHub was bought by Just Eat Takeaway.com for $7.3 billion earlier this year. This makes Door Dash the biggest food delivery app with 49% of the market share.