Don't Call It The Mommy Track, These Moms Are Serious Entrepreneurs

By Amy Lamare on November 3, 2016 in Articles › Entertainment

It isn't easy being a woman and trying to juggle it all – career, relationship, children, etc. For many women, going back to their corporate careers post-baby just isn't how they want to live their lives, but they still want to use the skills they've learned and the experience they have to make a difference. And don't call them 'Mompreneurs,' either. They are straight up entrepreneurs.

Take Dannielle Michaels, for example. She was on a flight between Australia and New Zealand when she was trying to change her three-week-old baby's diaper in the small (and let's face it, disgusting) airplane restroom. Imagine holding a squirming, tiny baby with a dirty diaper and not wanting your kid to touch the surface of the airplane sink or toilet! Michaels was trying to balance her baby and reach into her diaper bag for a cloth or blanket to cover the sink with and found the task complicated and frustrating. During a conversation with her mother recounting the episode later, a light bulb went off in her head and the Nappy Wallet was born. She teamed up with her best friend, Monique Filer, and designed the prototype for the Nappy Wallet, using a cardboard box. Both women invested $50,000 each and two years later, their first product came out. Michaels and Filer now run their company, b.box, which in addition to the Nappy Wallet, sells 15 other products and is worth between $11.5 million and $15. 3 million. 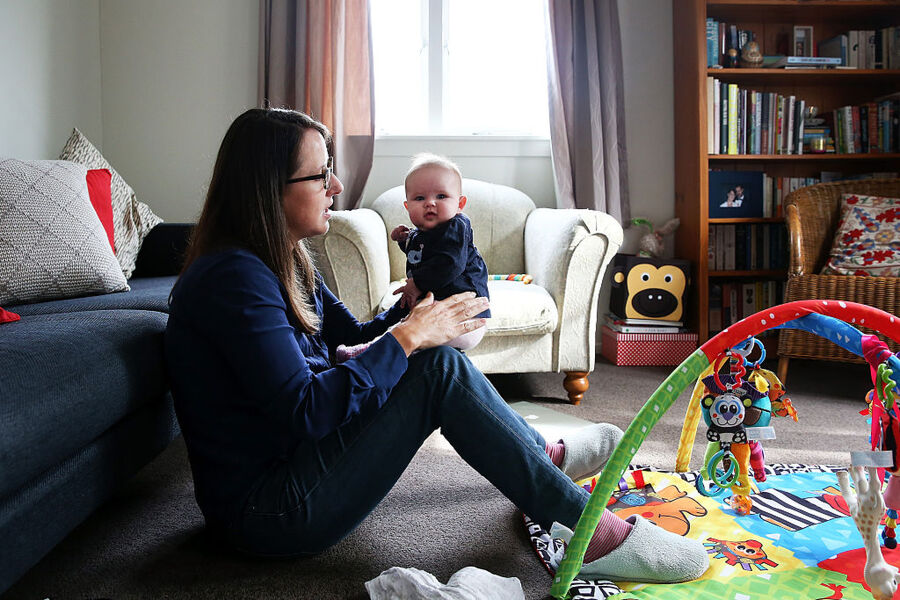 Then there's Kristy Carr, who was at a baby shower when she had her epiphany. She was taking part in a party game where you taste the baby food. She thought it was disgusting, and if she never wanted to taste it again, why would babies? She created Organic Bubs baby food. It is sold worldwide, but its biggest market is China, where anything Aussie, clean, and green, is a hot commodity.

And consider Jessica Rudd, who was living in Beijing as a new mom. When she would travel back to Australia, she'd stock up on baby products for her baby and her Chinese friends. When Rudd eventually moved back to Brisbane, she started posting the Aussie baby products online and found the Chinese market was snapping them up as fast as she could list them. She sells her organic baby products, through the behemoth Chinese e-commerce site Alibaba.

These are the women the media have taken to calling the Mompreneurs – women who have taken the skills and experience they learned in their pre-motherhood careers to make their new careers suit the family life they want to have. And by the way, these women are all making millions of dollars working from home while caring for their children. They are serious entrepreneurs who just happen to be mothers.