By Paula Wilson on July 6, 2015 in Articles › Entertainment

For many women, Donna Karan utterly changed the way they viewed fashion – and themselves. Her clothing creations had the distinct ability to look great on just about everyone, regardless of body type. More than her fashion prowess, however, it was her savvy entrepreneurial abilities that set her apart and made her an icon for many. Earlier this week, she announced her retirement, stepping down as Head Designer of what is now the multinational fashion conglomerate, Donna Karan International. So how did a young woman from Queens rack up a net worth of $400 million in the cutthroat world of fashion? It took a combination of brains, class, and "Seven Easy Pieces," that remade the fashion industry…

Donna Karan was born Donna Ivy Faske on October 2, 1948 in Forest Hills, Queens, New York. She knew she wanted a career in fashion early on in life. Fashion was in her blood. Her father was a tailor, her mother a model and sales rep, and her stepfather also worked in the fashion industry. She designed and produced her first runway show when she was still in high school. She went on to study at the Parsons School of Design after graduating from Hewlett High School. At Parsons, she quickly turned heads, and after her sophomore year, she snagged a summer job as an Assistant Designer at Anne Klein. That led to to three years as an Associate Designer for the label, and then an offer to succeed Ms. Klein herself, when Klein passed away in the mid-70s. She went on to serve as co-Head Designer with Louis, Dell'olio, a friend from Parsons. The pair designed the very successful Anne Klein Collection. 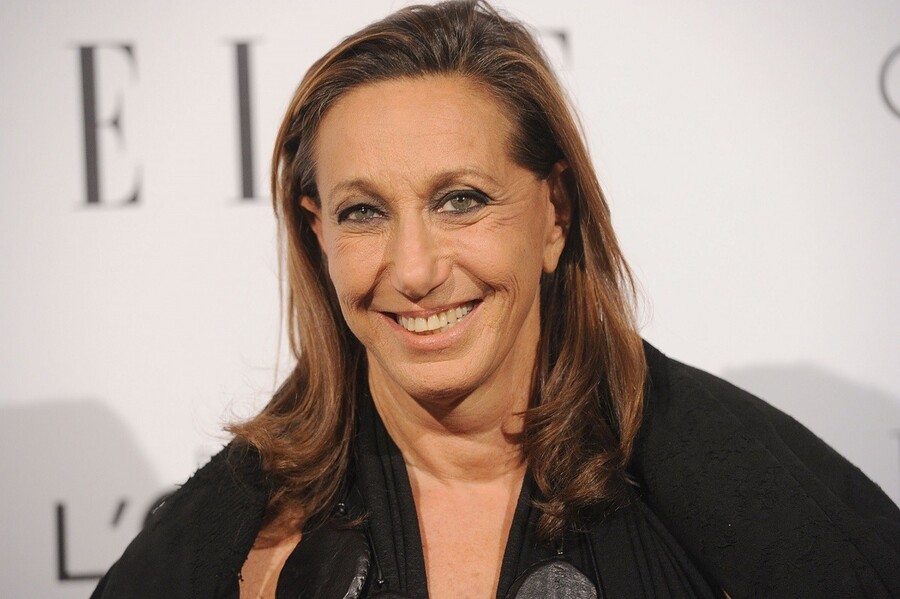 In 1984, she decided to branch out on her own. With the support of her late husband, Stephan Weiss, and the parent company of Anne Klein, the Takihyo Corporation of Japan, Donna Karan set out to do something new with fashion. She wanted to create fashionable clothes that were also wearable. She wanted "to design modern clothes for modern people." She introduced her first women's collection, the Donna Karan Collection, in 1985 and it was only up from there. Her line was built on the idea that clothes could be mixed and matched, but always attractive. Her first line, the "Essentials," was a huge success. She deliberately designed the type of clothes that she herself would wear, and her personal fashion choices were hits with everyone. Her clothing line was based on a flattering bodysuit which could be mixed and matched with shirts, sweaters, coats, accessories, and her signature dark tights. The line was a godsend for working women of the 80s, who often found themselves stuck in woefully unflattering "boxy" styles that were basically repurposed versions of men's business suits. Karan's line utterly remade women's workday fashion, and set the stage for the sleek, tailored, and feminine look that we associate with all high-powered women today. Her line was so successful, that just two years after it was launched, legendary fashion critic Carrie Donovan wrote, "Sometimes one wonders how executive women dressed before Donna Karan."

The immediate success, which included the distinction of being the most popular collection at Bergdorf and Saks in 1985, earned her the nickname, the "Queen of Seventh Avenue." The upper echelon of the fashion world was no longer a boy's club. Donna Karan was the new star. Expansion quickly followed. In 1988, she launched a line of clothes for younger women inspired by her daughter, Gabby. Less expensive and slightly funkier, the DKNY line, like her Donna Karan New York line, was an instant hit. 1990 brought about the DKNY Jeans line, in response to demands for a denim collection that was as successful as her line of slacks and dress pants. 1991 brought about the "Signature" line for men, and in 1992, she launched a DKNY line for men, as well. The company grew in leaps and bounds throughout the 90s and early 2000s, adding multiple lines, including DKNY Active, DKNY Underwear, DKNY Jeans Juniors, DKNY Kids, the Donna Karan Home Collection, DKNY Home, and a line of hugely popular fragrances. She received award after award for her design work, including being named Womenswear Designer of the Year in 1990 and 1996, and Menswear Designer of the Year in 1992, by the Council of Fashion Designers of America. In 2004, she received their Lifetime Achievement Award, as well. 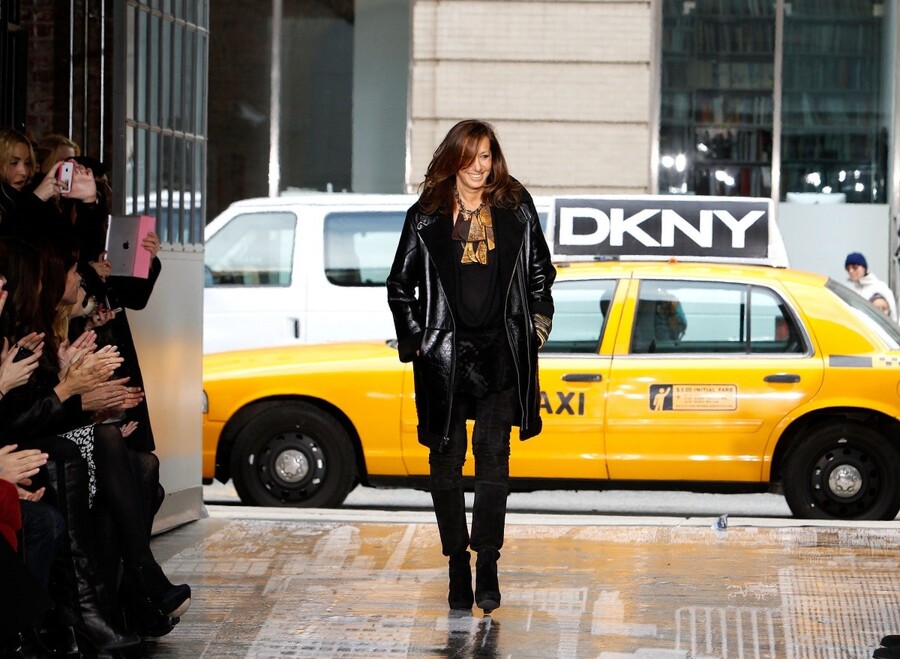 In 1997, she stepped down as CEO of the company, but remained on board as Head Designer and chairwoman. In 2001, the company was purchased by LVMH, Louis Vuitton Moet Hennessy. While the new parent company allowed the Donna Karan line to expand and to reintroduce portions of the collection that had previously been retired, there was a feeling that the merger wasn't quite as happy as it could have been. LVMH chose to focus most of the company's energy on DKNY, which left the original Donna Karan line with far less support. Recent shake-ups at the company, including the appointment of two new Head Designers to DKNY, signaled more than a little unrest. When she announced her retirement earlier this week, no one in the fashion world was really surprised. Over recent years, she has shifted more and more of her focus to her philanthropic work, and she is reportedly stepping down to focus on the Urban Zen Initiative, a foundation she co-founded in 2007 to support Haitian artisan commerce, among other causes, including health care, preservation, and education. The Donna Karan line will be suspended and all upcoming runway shows have been canceled for now.

For many women, Donna Karan not only symbolized great style, she was a symbol of economic success on her own terms. She was a single mother when the Donna Karan line took off. So, on top of designing and managing a successful clothing line with over two-hundred stores around the world, she also managed to raise a daughter at the same time. She's a fashion icon, but more importantly, a role model. She may be retiring, but there's zero chance that she'll disappear from view. You need only walk into just about any executive's office, male or female, to be reminded of Donna Karan.