How Donald Trump's Private Jet Compares To Air Force One

By B. George Young on September 22, 2015 in Articles › Entertainment

If Donald Trump is serious about becoming President, he may have to make certain "sacrifices" that would actually be considered enormous luxuries to most Americans. First off, Trump would have to get used to living in the White House, which might actually not be quite as nice as his New York City Penthouses and suburban mansions. Secondly, Trump may also find that the President's mode of air transportation, Air Force One, is actually a step down from his own personal "Trump Force One" private plane. Don't believe me? Ask The Donald himself… 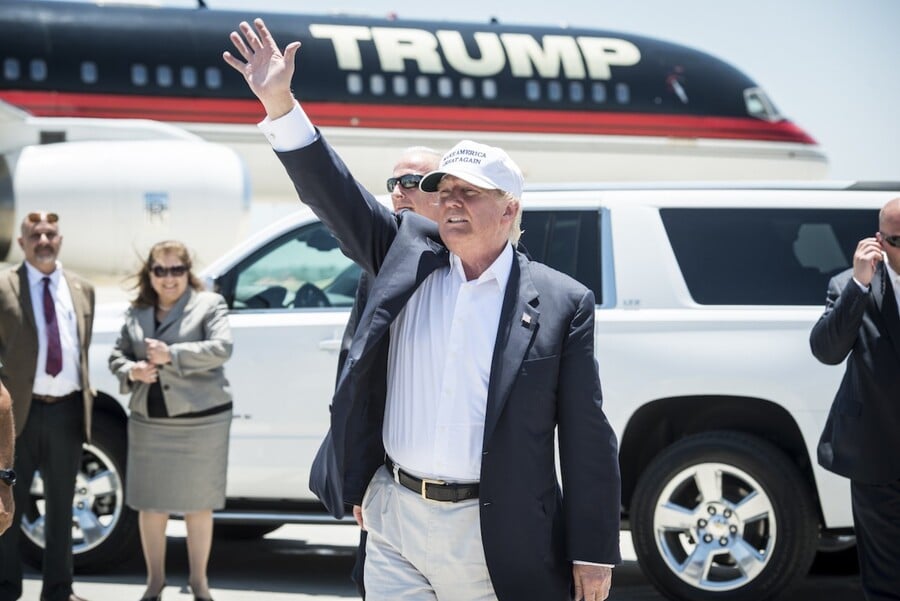 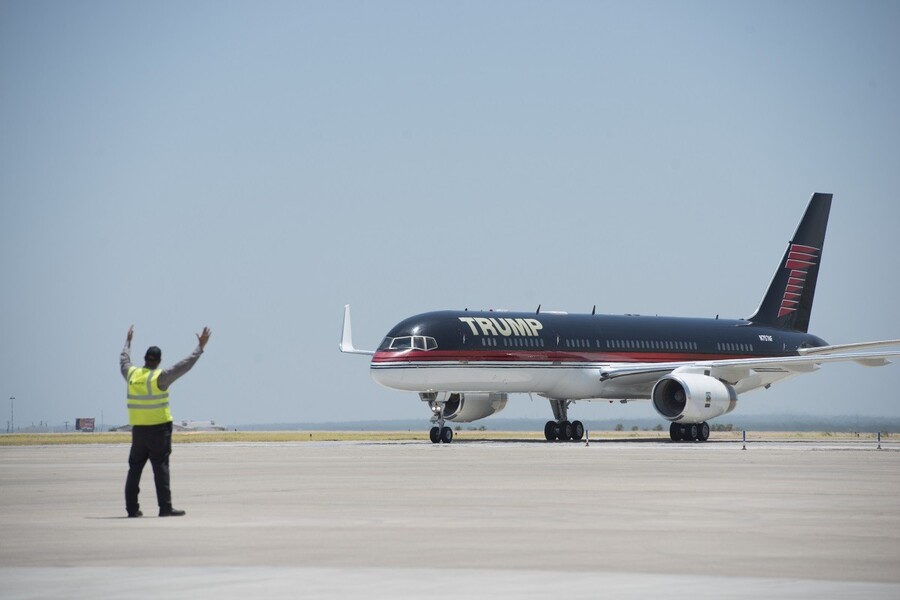 Mr. Trump paid about $100 million for his plane, which he purchased from the Microsoft billionaire Paul Allen. Trump has customized the plane, adding 24-karat gold seat-belt buckles and outlet plates, along with the gold trim on the bathtub in his master bedroom. His plane also features polished woods and silks.

Trump Force One has a movie theater that features a big screen and a choice of over 1,000 movies that can be played on a state of the art sound system. The plane, which was built in 1991, has a dining room, big screen TVs, and a guest bedroom. In addition to his commercial-sized Boeing 757-2000, with his last name in gold letters and a big red "T" on the back, the Donald also owns two Sikorsky S-76B helicopters and a Cessna Citation X private corporate jet that seats 12.

If you think Trump is overdoing it, he has actually trimmed down his collection; he once owned a fleet of 17 planes.

While Donald Trump certainly has a nice private plane, flying in Air Force One is also a luxurious experience. There are actually two Air Force One planes that can seat 76 passengers a piece. The planes feature a conference room, various weapons, and a small hospital. Air Force One can go up to 600 miles per hour and has the ability to refuel in midair.

If Trump is actually serious about becoming President, he is going to have to get used to Air Force One. I sure hope he can make-do!