By Amy Lamare on February 21, 2021 in Articles › Entertainment

Donald Trump must be excited to escape the insanity of Washington D.C. and return to his luxurious seaside Mar-a-Lago estate. Well, not so fast. Apparently, Trump's Palm Beach neighbors are attempting to block him from taking up permanent residence at his famous club. According to his neighbors, there's a decades-old agreement that states that no one, including Donald himself, can live at the property as their full-time residence.

Attorneys for the neighbors of Mar-a-Lago wrote to Palm Beach authorities in January asking the town council to let Trump know he was not allowed to live at the resort. They were hoping to avoid an embarrassing incident in which the town would have to evict a former President.

The heart of the matter is connected to a 1993 agreement when the site was converted from a private residence into a members' club. One of the stipulations in that agreement forbids Trump or anyone else from living there for more than three times a year for up to a week at a time. They waived this stipulation while he was President. 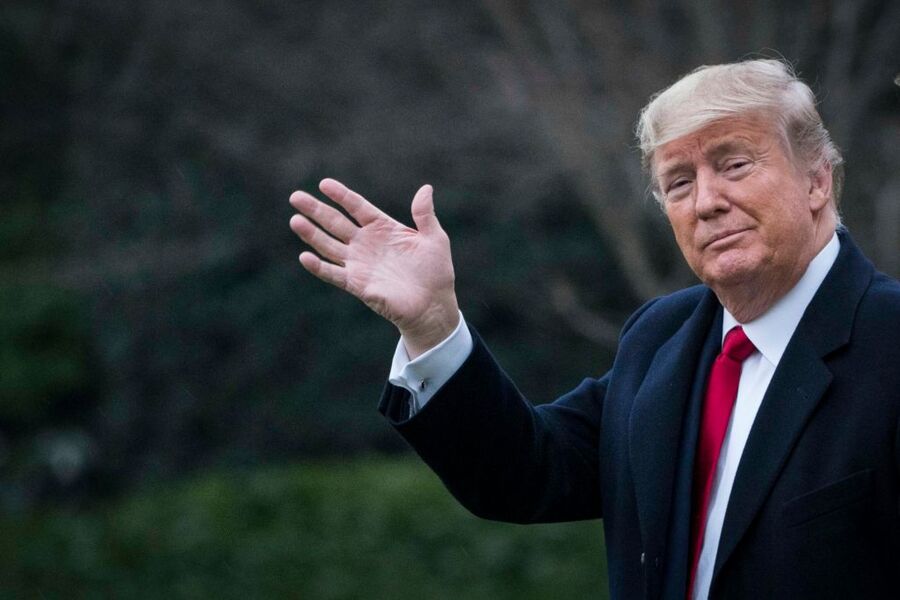 Trump bought Mar-a-Lago in 1985 for $10 million from the estate of General Foods owner Marjorie Merriweather Post. She died in 1973 and the property had fallen into disrepair in the years between then and Trump purchasing the property. When she died, she left the property to the U.S. government as a potential presidential vacation home. The government returned it to her estate in 1981.

Trump spent millions upgrading the property while living there part-time. However, by the early 1990s Trump was in serious financial distress. The price of NYC real estate had dropped and a number of his business had failed, including a casino in New Jersey. Trump and Palm Beach officials agreed that he could turn the property into a private club in 1993. The club was limited to 500 members. To join today, the initiation fee is $200,000 and annual dues are $14,000.

Trump has been living at Mar-a-Lago since he left office in January. In 2020 he switched his primary residence from Trump Tower in New York City to the Florida address of Mar-a-Lago. That move was believed to be tax-related since Florida doesn't have a state income tax. Trump also spent a lot of time at the resort during his presidency. In fact, he dubbed Mar-a-Lago "The Winter White House."

The Palm Beach Town Council met to discuss this issue recently. Palm Beach town attorney John C. Randolph made a presentation on the matter. Randolph sent a memo to the mayor and town council of Palm Beach on January 28 indicating the case could hinge on whether Trump is technically employed by the club as local laws provide for the right to living quarters at private clubs for employees.

For what it's worth, Trump's legal team believes the case has no merit as the 1993 agreement over the usage of Mar-a-Lago does not say the owner cannot live there. His attorneys also point out that Trump has lived at Mar-a-Lago in the past for extended periods of time without his neighbors or Palm Beach officials objecting. They also argued that the owner's suite is not subject to the same three nonconsecutive weeks a year that the guest suites are. And finally, Trump's legal team also stated that Trump is an official employee of Mar-a-Lago in his role as club president.

The Palm Beach town council met on February 9th in a meeting that took seven hours to discuss issues critical to the wealthy town. Among the issues hotly debated was the availability of the COVID-19 vaccine, how to revitalize the downtown's chic shopping district, and the danger falling coconuts pose when palm trees are too tall.

The Palm Beach city council didn't take any action on the issue of whether Trump was living at Mar-a-Lago in violation of the 1993 agreement. Trump's neighbors could take this matter further by suing the town and Mar-a-Lago. The city attorney stated that nothing in the 1993 agreement prevents Trump from living at the resort.

However, the attorney representing a group of his neighbors said that his clients fear Trump's residency at Mar-a-Lago could turn it into "a permanent beacon for his more rapid, lawless supporters," which would destroy the idyllic, more genteel nature of Palm Beach.

As it turns out, the provision that Trump wouldn't be allowed to live there was left out of the final written agreement in 1993 in exchange for Trump agreeing to be financially responsible for preserving the property if the private club concept failed.

The city attorney also pointed out that evicting Trump from Mar-a-Lago is largely useless since he owns a number of nearby homes he could move into.