By Joseph Gibson on November 25, 2016 in Articles › Entertainment

It's possible that before the last few months (maybe even the last couple weeks), you were not familiar with the name "Steve Bannon." His chief claim to fame is currently serving as Donald Trump's chief strategist and senior counselor, a natural extension of the role he filled during Trump's presidential campaign, as well as his previous gig as executive chair for Breitbart News, a site that some argue he brought into a new era of catering to white supremacists and neo-Nazis over the course of his time there. But even if you've stayed mercifully away from that nightmare cyclone, there is a very good chance that you are familiar with another aspect of Bannon's work, albeit only on the business (rather than creative) side. Back in the early 90s, Bannon and his firm Bannon & Co. were involved in a deal where the end result was that Bannon personally received a piece of all revenue from the iconic sitcom Seinfeld.

Bannon himself spoke to Bloomberg about the deal last year, explaining what happened when his firm was hired by Westinghouse Electric to negotiate a minority stake acquisition in Castle Rock Entertainment, which diehard Seinfeldians will recognize as the production company that made Seinfeld:

"As often happened with Turner, when it came time to actually close the deal, Ted was short of cash. Westinghouse just wanted out. We told them, 'You ought to take this deal. It's a great deal.' And they go, 'If this is such a great deal, why don't you defer some of your cash fee and keep an ownership stake in a package of TV rights?'" 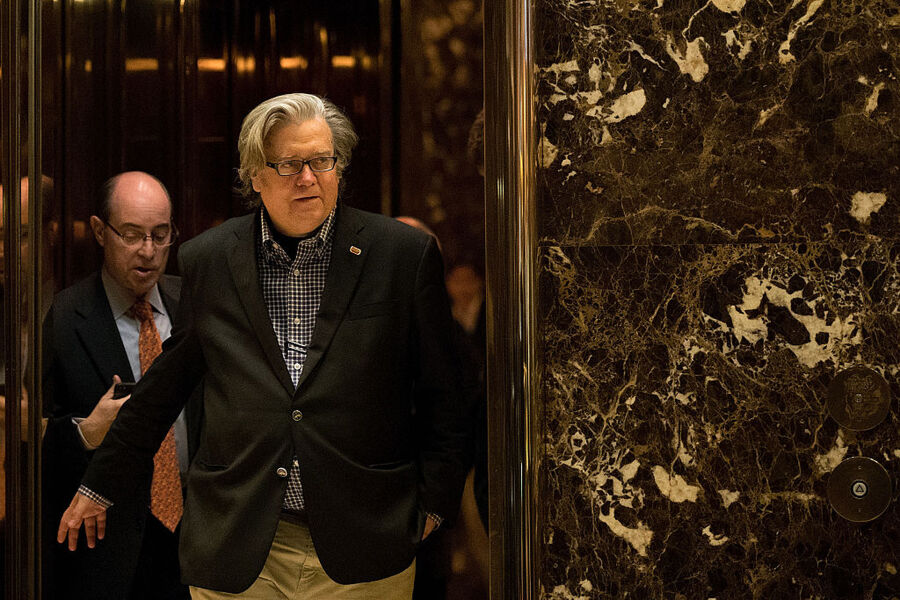 The irony is clear: Under Bannon, Breitbart News often used antisemitic themes in its articles and headlines, including, as just one example, the headline describing Bill Kristol as a "renegade Jew." At the same time, Bannon was getting rich off of Seinfeld, a sitcom that throughout its run was rich in Jewish heritage both in front of and behind the camera.

As for exactly how much money Bannon has made from his stake in Seinfeld, no one knows for sure because the details of the deal aren't a matter of public record. But one recent report has Seinfeld earning an incredible $3.1 billion so far in reruns, so even the smallest sliver of that pie would be worth millions.