Is it just me or does it seem like Dolly Parton, age 75, is absolutely everywhere right now? She had a Christmas special on Netflix. She was in a Super Bowl ad. She partially funded the Moderna Covid-19 vaccine. She won the Grammy Award for Contemporary Christian Music on Sunday, March 14th for her song "There Was Jesus."  In fact, I'm pretty sure Dolly Parton is out there to unify the United States and make sure we all recover from the trials and tribulations of the coronavirus and a year spent sitting inside our houses waiting for it to abate so we can get back to normal life. And we soon will be able to, thanks, in large part, to the efforts of Dolly. She is a national treasure, plain and simple. On top of all that, she one of the biggest stars of all time in the country music scene.

She's sold around 200 million records. She's written and composed more than 3,000 songs. She has 110 charted singles, 44 Top 10 country albums, 10 Grammy Awards on 50 nominations including the Lifetime Achievement Award and the 2020 Grammy for her collaboration on "God Only Knows" with King & Country. She has 10 Country Music Association Awards and is one of only seven women to win the CMA's Entertainer of the Year Award. She has five Academy of Country Music Awards, four People's Choice Awards, and three American Music Awards. Basically, it's Dolly's world, the rest of us are just lucky enough to be alive at the same time she is. For all of her success, she has amassed a stunning net worth of $600 million. She's come a long way from her poverty-stricken childhood. 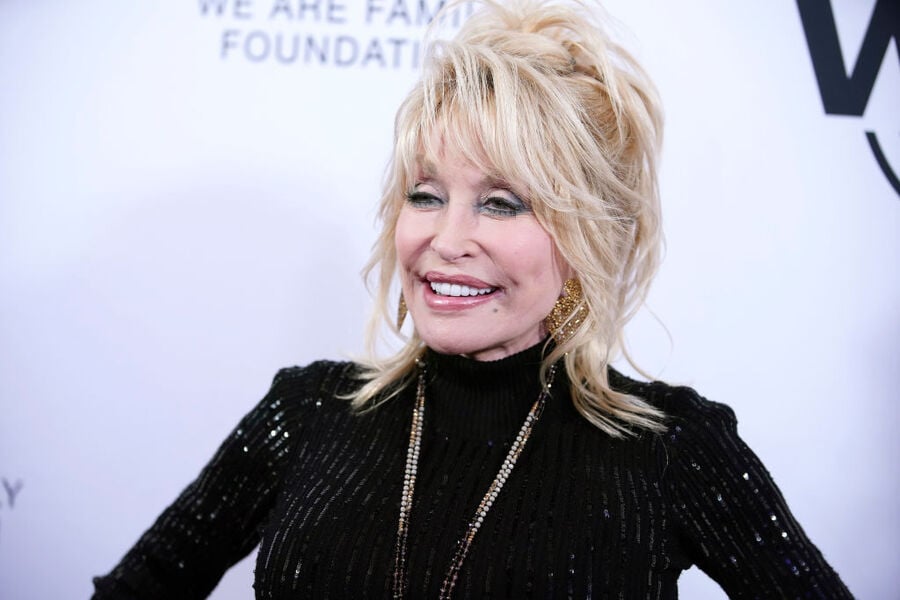 Dolly Rebecca Parton was born on January 19, 1946, in Locust Ridge, Tennessee. She was one of 12 children in a family so poor that the family lived in a single-room cabin in the Appalachia region. Dolly sang about her family's poverty in her songs "Coat of Many Colors" and "In the Good Old Days (When Times Were Bad)." Music was an important part of Dolly's life from a young age. Her grandfather was a Pentecostal "Holy Roller" minister; so many of Dolly's early performances were in church alongside her very musical family.  Her first dream was to appear on the stage of the Grand Ole Opry.

Parton's angelic voice and beauty got her noticed as a child and she began performing on local television and radio shows in Eastern Tennessee. When she was 10, she began appearing on "The Cas Walker Show"  in Knoxville, Tennessee. When Dolly was 14, Parton achieved her dream of appearing at the Grand Ole Opry. She met Johnny Cash and he encouraged her to follow her instincts when it came to her career. Dolly took him seriously and on the day after she graduated from high school in 1964, she packed her bags and moved to Nashville. On her first day in Nashville, she met Carl Dean. Two years later they were married and they remain married to this day, nearly 57 years later.

Parton quickly found success in Nashville as a songwriter. She signed with Combine Publishing and wrote a number of singles that hit the charts—including two top ten hits – Bill Phillips's 1966 song "Put it off Until Tomorrow" and Skeeter Davis's 1967 hit "Fuel to the Flame." Dolly's songs were recorded by a number of artists, including Hank Williams Jr.  In late 1965, at just 19 years old, Parton signed with Monument Records. Her first single, "Put It Off Until Tomorrow" hit number six on the country music chart in 1966. Her first country single, "Dumb Blonde" hit No. 24 on the country music chart in 1967, and her second, "Something Fishy" hit No. 17. Dolly was on her way.

In 1967, Parton's singing career started taking off, especially after she started appearing and performing on "The Porter Wagoner Show." Parton and Wagoner recorded a number of country hits together. Dolly had her first No. 1 country hit in 1971 with "Joshua." More hits would follow soon, including 1973's "Jolene" and 1974's "I Will Always Love You" – a song that became a signature for both Dolly and Whitney Houston.

The 1980s were very, very good to Dolly Parton. She starred in and contributed to the soundtrack for the hit film "9 to 5." The song was yet another number one hit and it also earned her an Academy Award nomination for Best Original Song. In 1982, she starred in "The Best Little Whorehouse in Texas" and the movie featured her song "I Will Always Love You." In 1983, Parton had a huge hit with her duet with Kenny Rogers, "Islands in the Stream."

In 1986, Dolly launched her theme park Dollywood, and, with over three million guests per year; it is the biggest ticketed tourist attraction in Tennessee. The complex has a waterpark, Dollywood's Splash Country as well as Dollywood's DreamMore Resort on its 290 acres.

Dolly Parton has been a prolific songwriter over her career, but no song has done more for her (or made her more money) than "I Will Always Love You." It is her signature song. Elvis Presley was planning to record it. The night before the Elvis version of the song was going to be recorded, Colonel Tom Parker called Parton and told her that Elvis wouldn't record the song if he couldn't own the publishing rights to the song as well. Well, Dolly couldn't part with those rights, as it was (and arguably still is) her most important song. She stood her ground and it worked out well in the end. In 1992, Dolly would have the last laugh. Whitney Houston's version of "I Will Always Love You" from the film "The Bodyguard" became one of the biggest hits of ALL TIME. Dolly has made tens of millions off Houston's version of Dolly's signature song.

When it comes down to it, the woman famous for her wigs and her chest and her voice is just a normal woman who loves to read, cook, and ride around in her RV with her husband of nearly 57 years. Oh, and in April she donated $1 million to the Vanderbilt University Medical Center. The Vanderbilt team has been working with Moderna on one of the three available vaccines for Covid-19. Her foundation, the Dolly Parton COVID-19 Research Fund, was included in the New England Journal of Medicine's preliminary report on the vaccine and other research.

Parton has made her fortune and has become beloved by her fans with the two biggest assets she has: her brains and her voice.