Dolly Parton Made A Ton Of Money Last Year

By Amy Lamare on December 6, 2017 in Articles › Entertainment

Dolly Parton is a national treasure. She is one of the all-time biggest stars of country music and one of the best-selling recording artists in history. Dolly captured the sixth spot on the list of the year's highest paid women in music. Her recent tour grossed in the mid six figures for each of its 63 dates between June 1, 2016 and June 1, 2017. Parton made $37 million last year.

Parton has sold more than 100 million records. She's won eleven Grammys and been nominated for two Academy Awards, five Golden Globes, and an Emmy. She's written and composed more than 3,000 songs and has had more than 110 chart singles.  Some of the country legend's best known songs include "I Will Always Love You" (made famous by Whitney Houston), "9 to 5", "Jolene", "Coat of Many Colors", and "My Tennessee Mountain Home". She's also an actress who has starred in "9 to 5", "The Best Little Whorehouse in Texas", "Steel Magnolias", "Straight Talk", "Unlikely Angel", and "Joyful Noise".  Oh, and she has her own theme park, Dollywood, that annually welcomes more than three million visitors. 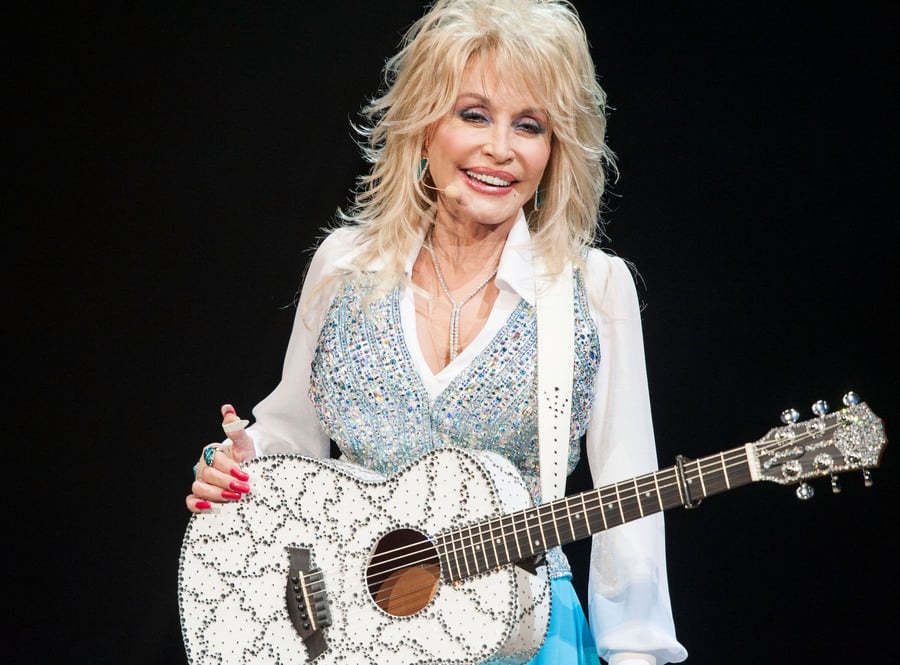 In addition to the theme park, 71-year-old Dolly also owns a radio station, restaurants, as well as record and TV companies.

Dolly Parton has been a prolific song writer over her career, but no song has done more for her (or made her more money) than "I Will Always Love You." It is her signature song. Before Whitney Houston introduced this song to a new generation, Elvis Presley was planning to record it. In fact, he had his composition of the song all worked up and Dolly told everybody he was going to record it. She spent time in the studio with Elvis and the night before the Elvis version of "I Will Always Love You" was to be recorded, Elvis's manager, Colonel Tom Parker called Parton and told her that Elvis didn't do anything that he didn't own the publishing rights to.

Dolly couldn't part with those rights, as it was (and still IS) her most important song. Elvis not recording "I Will Always Love You" broke her heart. However it also led Parton to realize how serious she was about her songwriting career. She stood her ground and it worked out well in the end. In 1992, Dolly would have the last laugh. Whitney Houston's version of "I Will Always Love You" from the film "The Bodyguard" became one of the biggest hits of ALL TIME. Dolly has made tens of millions off Houston's version of Dolly's signature song alone.

Recently, Dolly raised more than $8 million for people who lost their homes in the deadly fires in Tennessee last year. The fund was run by the Dollywood Foundation and provided  $10,000 each to 875 Gatlinburg, Tennessee residents.

Dolly's inclusion on the list of the highest paid women in music proves that age is just a number!