Does LeBron's Move To Lakers Bring Him Closer To His Goal To Be A Billionaire?

We've been tracking LeBron James' quest to becoming a billionaire for a number of years now. Publicly, he told GQ four years ago that his biggest personal milestone is becoming a billion dollar athlete. LeBron took another step towards that goal with the four year $154 million contract he signed with the Los Angeles Lakers. To be fair, he could have gotten a bigger deal from the Cavaliers. Cleveland had the right to offer him a five year deal worth about $205 million. James didn't want it. He wanted to head to Hollywood to cement his global brand. Of course, to do so, he's going to have to win the Lakeshow some titles. The last five seasons have been bleak in Los Angeles. The Lakers have turned in five seasons that are among the 10 worst in the team's history.

The truth is LeBron did everything he could do for his personal brand and value in Cleveland. He was never going to become a global superstar like Michael Jordan by staying in Ohio. Cleveland may be feeling betrayed now, but James did return to the Cavs from Miami and brought the city the first title in professional sports in 52 years. It isn't hard to see the draw of the Lakers for LeBron. It is one of the NBA's flashiest franchises. The Lakers have 16 NBA titles and a roster of alumni that need no introduction. Shaq. Kobe. Magic. Kareem. Wilt. The Lakers are a global franchise. Los Angeles is the second biggest city in the U.S. The greater Los Angeles metro area is home to 13 million people. Cleveland is home to two million people. 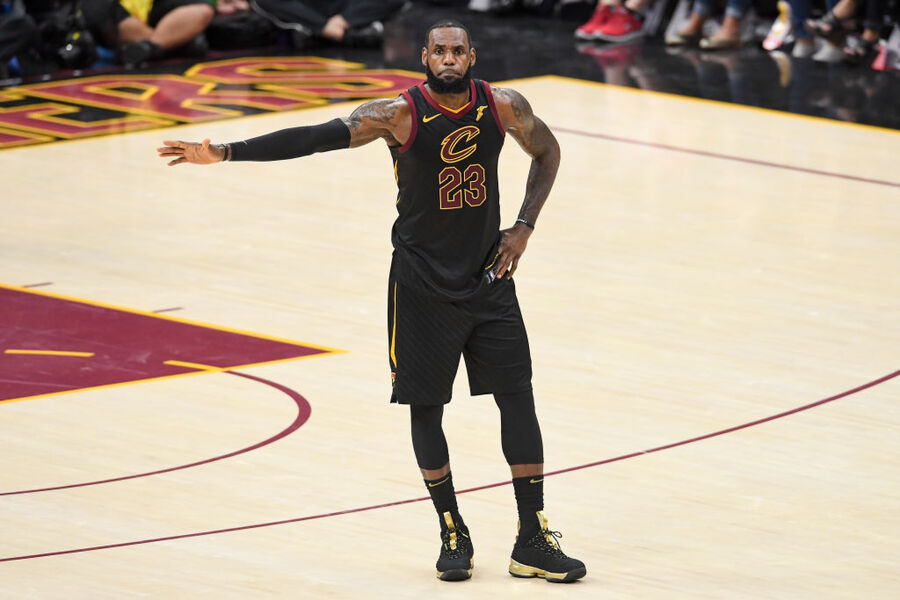 LeBron already has his fingers in Los Angeles' entertainment industry. His production company, SpringHill Entertainment produces the television shows The Wall and Survivor's Remorse. The company is working on a remake of the 1990 movie House Party. LeBron also has a media company called Uninterrupted, which got a $15.8 million investment in 2015 from Time Warner.

The Lakers were a natural for LeBron. The team had $62 million worth of room in their salary cap. LeBron also owns two homes in L.A., making it an easy transition for his family.

Of course, LeBron also brings his more than $50 million a year in endorsements with Coke, Nike, Kia, Beats, Blaze Pizza, and Intel. He is also an investor and franchisee in Blaze Pizza—one of the top five growing restaurants by sales volume in the U.S. LeBron's estimated earnings during his four years in L.A. are likely to be in the $400 million range. One day this past week, Blaze Pizza gave away free pizzas at a number of L.A. locations in honor of LeBron becoming a Laker.

LeBron James has made $765 million (including off court earnings) since he turned pro in 2003. Of course, taxes and living expenses ate up a lot of that. He has a net worth of $440 million.