By Brian Warner on July 30, 2013 in Articles › Entertainment

Just 24 hours after we posted our article "Rappers Who Have Had Serious Money Problems", earlier today DMX filed for bankruptcy in a Manhattan court. DMX now joins the ranks of financially struggling former hip-hop moguls like Jermaine Dupri, Damon Dash, Bow Wow and Scott Storch, who have all seen their net worths decimated by years of overspending combined with lackluster album sales and career downgrades. DMX's fall from grace has been especially turbulent and downright strange at times. And it all culminated with today's filing that states DMX owes somewhere between $1 million and $10 million to a variety of creditors. Woah. 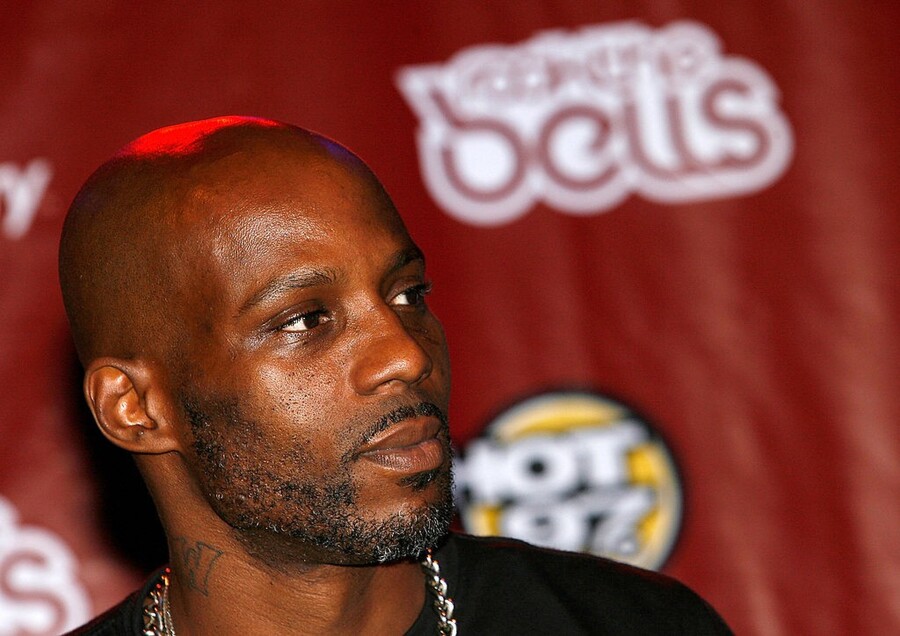 Earlier today DMX filed for Chapter 11 bankruptcy. In the filing he claims to have less than $50,000 in assets and $1-10 million worth of debt. DMX filed as a former resident and native of New York but a current resident of South Carolina. Some of his debts are pretty standard for a bankruptcy filing, others are particularly strange. The biggest debt by far is the $1.3 million he owes in unpaid child support. He owes another $21,415 for a car payment to American Honda Finance. He also has roughly $5000 in unpaid medical bills. Then things get a little strange, even for DMX.

DMX owes $200,000 to a company called Amusing Diversions Inc. that produced and marketed his "Boomer 129" clothing line. But this wasn't your standard rapper clothing line like Rocawear, or Sean John. In 2002, Amusing Diversions partnered with DMX to produce a line of hats, scarves, raincoats and bomber jackets… FOR DOGS. Unfortunately the deal went sour shortly thereafter when Amusing Diversions discovered that DMX had concealed a prior arrest for 13 counts of animal cruelty. In 1999, DMX's uncle was shot. Police found his wife's purse near the body and subsequently got a search warrant for DMX's Teaneck New Jersey home. When they entered the premises, police found 13 pitbulls that were being kept in inhumane conditions. They also found unregistered guns and cocaine. Not surprisingly, the animal cruelty charges made it difficult for Amusing Diversions to get their doggy clothing line into pet stores. It also did not help that DMX publicly promoted their competitor's products in various media outlets on a number of occasions. A lawsuit was filed in 2004 and by 2007, after DMX failed to appear at a mandatory court hearing, the company was issued a default judgement in the amount of $242,000, of which he still owes $200k today.

The strangest debt listed is the $240,000 DMX owes to three individuals: Irina, Sergey and Olga Priporina. In June 2004, 36 year old Sergey Priporina was driving through a parking lot at JFK airport in New York with his 12 year old daughter Irina and 52 year old mother Olga. All of a sudden, an SUV equipped with sirens and a strobe light pulled up behind the family and ordered them to pull over. Once the car was pulled over, the driver of the SUV shouted "FBI AGENT!" while slamming his fist on the Priporina's roof and driver-side windows. The "agent" then attempted to pull Sergey out of the driver's seat through the window to commandeer their vehicle. In case you haven't picked up on it yet, that "FBI agent" was actually DMX in a cocaine fueled rampage. When his carjacking backfired, he attempted to flee the scene by crashing through a parking lot security gate. Airport police quickly arrested DMX and charged him with cocaine possession, criminal impersonation of a Federal agent, criminal possession of a weapon, attempted carjacking and driving under the influence. The Priporina's sued DMX for a slew of damages and won $240,000 in judgement. They were seeking $4 million.

Interestingly, because of his financial and legal troubles, DMX has not been able to obtain a passport for nearly a decade. In the United States, having more than $2500 in outstanding child support revokes your right to obtain a passport (DMX owes $1.3 million). That means he has not been able to leave the country to perform overseas where he may actually have a lingering fan base. DMX is hoping this bankruptcy will allow him to reorganize his debts and regain the right to carry a passport for overseas concerts, personal appearances, acting jobs and more. Do you think DMX can make a come back?