By Joseph Gibson on February 14, 2020 in Articles › Entertainment

In order to see Lin-Manuel Miranda's musical Hamilton complete with its original cast, you have two choices: you can go back in time to the show's initial run, then shell out about $500 for a ticket, or you can hold out for a filmed version. The latter now being a more practical option since Disney acquired the rights to a recording of the show from the musical's director Tommy Kail – and according to a recent Deadline story, they paid some $75 million for the film.

That may be the most a studio has ever paid for a finished product, which in this case was made by recording three separate live performances plus other material (setup shots and the like) without an audience present – in other words, not a traditional movie adaptation of the show, but a film made of the show itself. 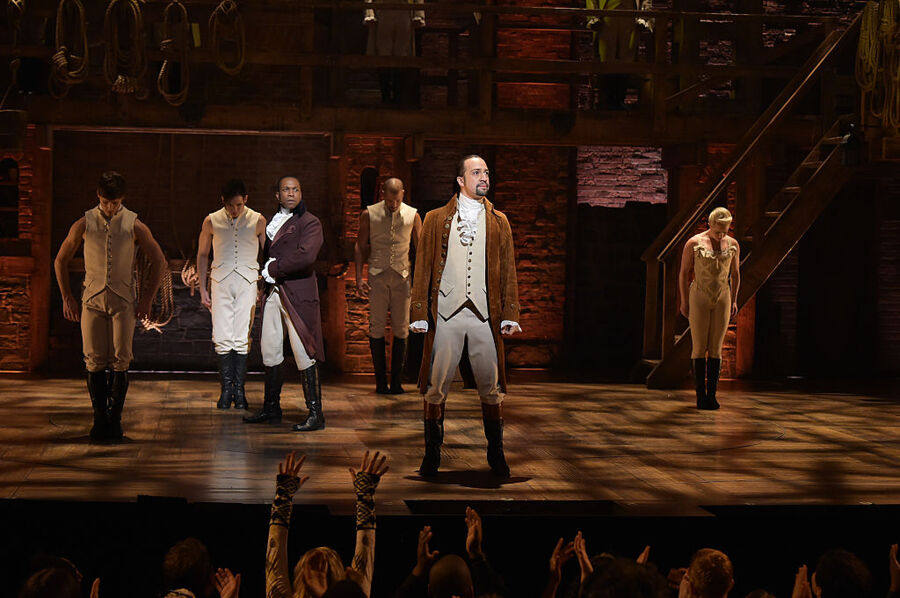 The plan is for this Hamilton film to come out in theaters some time in the fall next year, after which it will be a premium attraction for subscribers to the Disney+ streaming service. But if Disney wants to be the studio behind the actual (and probably inevitable) Hamilton: The Movie, they'll have to shell out again, since IndieWire points out that the rights to such a yet-to-be-made film (as opposed to the filmed stage show) are still in the air.

Whatever other plans Disney may have for the hit Hamilton franchise remain to be seen, with IndieWire speculating that the show could make a natural fit for the company's theme parks (imagine Disney World's Hall of Presidents outfitted with characters and songs from Hamilton). Whatever those plans are remain Disney's alone at this point, but fans of Miranda's breakthrough hit musical should feel pretty confident that they have a lot to look forward to in the next several years.