By Brian Warner on July 13, 2012 in Articles › Entertainment

Myspace, Ebaumsworld and now Digg. How does a website go from dominating a niche to being sold for pennies on the dollar? The internet community was shocked this morning to learn that Digg.com, the once dominant social news website, has been sold to technology incubator Betaworks for a paltry $500 thousand. It's shocking because just a few short years ago, Digg was one of the fastest growing and most revered tech companies in the world with a $200 million buyout offer from Google and $45 million in venture capital. So how did this happen? Having spent the last seven years working in and studying the internet industry, I'll do my best to explain the rise and truly unbelievable fall of Digg.com…

The Rise of Digg.com:

If you were bored at work between 2006 and 2010, Digg.com was your lifeblood. Before Facebook released the Newsfeed and way before Twitter had even been conceived, if you wanted to kill time during the day you checked the homepage of Digg.com. Digg aggregated the best news stories from all over the world and allowed users to vote their favorites to the homepage by "digging" or "burying" articles. People who owned websites were especially reliant on Digg because getting an article from your site onto the Digg homepage could literally send over 100,000 visits in a day. The traffic quality was low. 100,000 people would click the link from Digg, land on your site and leave immediately. You want people to land and click around for a few minutes. But getting that huge instant burst of traffic made you feel amazing. In that sense, Digg was a lot like Crack. A quick hit of ecstasy that went away very quickly and left you craving more as soon as possible. 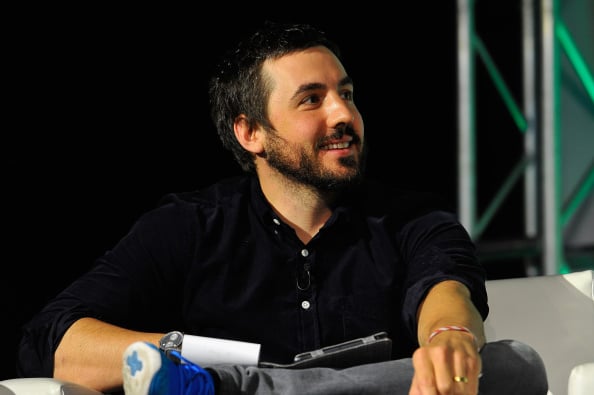 Hundreds of thousands of free visitors to a website can earn a webmaster lots of money, even if everyone leaves after a few seconds. For this reason, it didn't take long for people to start gaming the homepage of Digg. Since the beginning, the articles that appeared on the homepage were not 100% democratically chosen. Just because something had the most votes, didn't mean it would instantly appear on top slot of the homepage. In order to "pop" to the homepage, articles needed to get votes from "Power Diggers" (users who were active and trusted on the site for a long time). Once this became clear, two options existed: 1) Become friends with a power digger or 2) Pay a power digger cash to upvote your links. 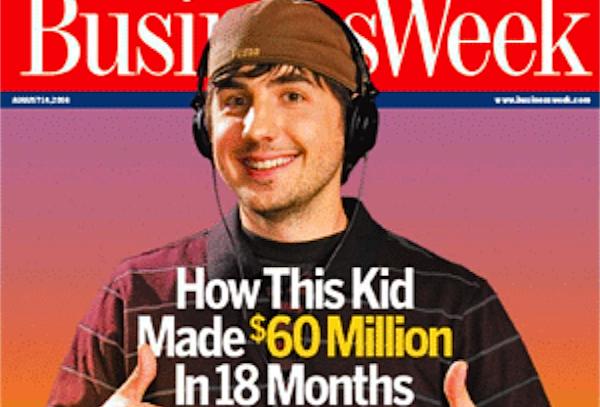 The Heyday of Digg:

2007-2006 was a great time to work on the internet. The top Power Diggers like "MrBabyMan" quit their day jobs because they were making thousands of dollars a month "consulting" for various web companies. It was also one of the best times in history to own a website. Websites were being showered with millions of free visitors every day. A website could launch today and make $40,000 a month with relative ease (you still had to have good content and work really hard to promote it).

Digg became a global phenomenon. The CEO was featured on the cover of Business Week magazine with the headline "How This Kid Made $60 Million in 18 Months". After Youtube sold for $2 billion Digg became the hottest property on the web. Would Digg go public? Would they cash out to a bigger company? Eventually Google came calling with their massive checkbook. The buyout talks with Google took place in July 2008. Google was reportedly eager to scoop up Digg for $200 million. The negotiations got so far that the Google team drove up to Digg's office on a Friday night with pens and contracts, ready to ink the deal officially. Unfortunately something went wrong at that final meeting. The Digg management team reportedly spooked the Google team so much that the deal was canceled at the absolute last minute. Rumor has it that the Digg team acted unprofessionally and arrogant when the suits from Google showed up. Either way, Google informed Digg that they were no longer interested in the deal and Digg announced to the world that they were not for sale.

The Fall of Digg:

Even without a Google buyout, Digg was a very hot property and we were still four months away from the economy diving into a horrible recession. Investors ponied up $30 million to help Digg hire over 100 engineers, sales people and middle managers to take the company to the next level. Unfortunately, by now the homepage had become a giant reflection of whichever internet company was paying the most to promote its own links. Users grew tired and angry at seeing seeing the same formulaic articles on the digg homepage. For example, the "10 Hottest Wives and Girlfriends (WAGs) of Hockey/Tennis/Baseball….". People wanted real stories, from real people.

By mid-2009 Twitter had exploded in popularity. Celebrities were tweeting intimate anecdotes and photos of their lives 24 hours a day. The twitter account @ShitMyDadSays quickly collected 2 million followers and sold a book deal and a TV show. Barack Obama announced his 2008 Presidential victory over twitter. Bored people at work now had lots of new, more organic, sources for news and entertainment for distraction. Digg, with it's rigged homepage that stayed virtually unchanged for hours at a time, started to look very stale and antiquated.

The Digg team realized that something needed to change and they began working on a redesign that would modernize the look and feel and re-democratize the content selection. This project would become Digg version 4. Digg v4 was launched in August 2010 to horrendous reviews and feedback. It was a disaster. Digg removed most of the user's favorite features and everyone complained that v4 was trying too hard to copy twitter, in a crappy way. It was as if some idiot venture capitalist saw the success of twitter and forced the people at Digg to reverse-engineer the site into something similar.

The Fallout of Digg v4

Digg v4 was a total and complete failure. Digg's traffic dropped significantly. A homepage link which at one time could send 100,000 visits, now only sent a few thousand. Hardly enough to justify paying power diggers anymore. Practically overnight, Digg became worthless. Management tried unsuccessfully to bring back old features, but it was too late. By now, bored people at work were addicted to things like twitter, the newly redesigned Facebook News Feed (with like button on external sites) and Reddit. Reddit was always Digg's way less popular little brother. But Reddit played the Digg downfall perfectly, launching scorching attacks against their rival and gaining millions of new loyal visitors.

Today Betaworks is paying $500 thousand for Digg. They also agreed to keep 15 full time developers on the payroll. It should be noted that many of Digg's most valuable assets and patents were sold long ago to companies like LinkedIn for several million dollars. So perhaps it's not totally fair to say they went from $200 million to $500 thousand. BUT you can't deny the fact that Digg made several huge mistakes But what's the main lesson here? There are many lessons that can be learned from the rise and fall of Digg. But my two favorite lessons are 1) Listen to your customers and give them what they want. And 2) If Google ever offers you enough money to retire in Fiji, TAKE IT. Don't be greedy.