Diddy Pays $7.5 Million To Reacquire Control of the Sean John Clothing Line Out Of Bankruptcy

By Brian Warner on December 23, 2021 in Articles › Entertainment

Back in 1998, Sean Combs (who was still going by "Puff Daddy" at the time) was arguably the most-famous celebrity on the planet. Everything he touched turned to gold or platinum. That golden/platinum touch would eventually lead to Diddy's current net worth of $900 million. But at the time, Diddy was on the hunt for a new category to dominate. A clothing line quickly seemed like a very natural next venture.

Puffy, who was known for having a very strong and trendy fashion sense, soon identified a market that wasn't being properly tapped. As it turned out, a lot of people – especially urban minorities – weren't exactly feeling represented by the offerings of Banana Republic and The Gap when they went looking for clothes to wear to the office or a fancy party.

To fill this gap, Puffy launched the world's first high-end street-wear label. He called the brand Sean John, named after his own first and middle names.

Diddy deserves a fair amount of credit for essentially inventing a fashion category that gave people "cool" clothes that could be worn to both a job interview and a nightclub on the same day.

For five consecutive years, from 2000 to 2005, Sean John was nominated by the Council of Fashion Designers of America (CFDA) for excellence in design. In 2004 the brand won CFDA's Men's Designer of the Year Award.

Within two years of launching, Sean John was generating more then $200 million per year in revenue and its items were being carried by over 1,200 retail stores in the United States alone. At its absolute peak, circa 2007, Sean John generated more than $500 million in revenue per year. 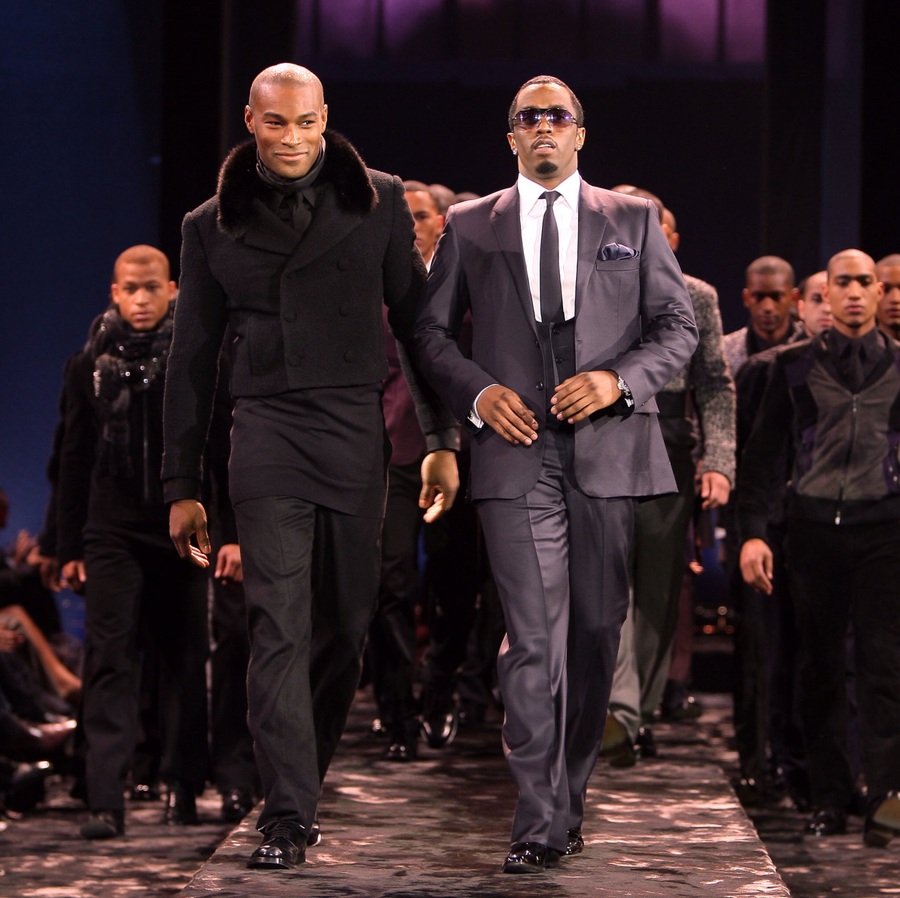 In 2016, Diddy sold 90% of the brand to a Hong Kong-based company called Global Brands Group (GBG) or an undisclosed amount. At the time the label was still generating around $400 – $450 million in annual revenue. More impressively, at that point, the vast majority of the brand's revenue came from simply licensing the name "Sean John".

The company wasn't manufacturing much of anything on its own anymore. That's is the magic business model if you can ever find it. You don't need any factories or supply chains. You don't hold any inventory in warehouses. You don't need an army of designers thinking up the next hip thing. You never face criticism over your labor practices and third-world working conditions (which almost sank the brand in 2003). You just sign contracts with other companies that pay ungodly amounts of money to put your name on their product. You then sit back and collect checks.

With Diddy retaining 10% equity, new owner GBG launched plans to turn Sean John into a billion-dollar-per-year revenue business. There was talk of international expansion with dozens of new product categories and hundreds of dedicated Sean John stores in malls around the world.

Unfortunately that's not what happened.

In February 2021, Diddy filed two lawsuits against GBG. The first, which sought $25 million in damages, claimed "false endorsement, misappropriation of likeness and violating his publicity rights." The second lawsuit was filed on behalf of his nonprofit, Citizen Change, over the use of the trademark "Vote or Die."

Within weeks the company filed for bankruptcy and announced its intention to offload its assets, with the Sean John label considered the crown jewel. The company also owned a brand that, despite being a collaboration with David Beckham, wasn't a notable success.

And this week it was revealed that Diddy successfully beat out at least four other bidders who were trying to acquire the Sean John brand. His final winning bid was $7.551 million.

In celebrating the victory, Diddy released the following statement:

"I launched Sean John in 1998 with the goal of building a premium brand that shattered tradition and introduced hip-hop to high-fashion on a global scale. Seeing how streetwear has evolved to rewrite the rules of fashion and impact culture across categories, I'm ready to reclaim ownership of the brand, build a team of visionary designers and global partners to write the next chapter of Sean John's legacy."