Did You Know That CrossFit Is A Private Business That Is Owned By One Person And Is Worth Hundreds Of Millions? Maybe Billions!

CrossFit is everywhere. It has become the Starbucks of the fitness industry, in that there is a CrossFit facility, or "box" as it is called by aficionados of the sport, on every corner. A quick perusal of your social media accounts is sure to turn up friends and acquaintances talking about their WOD, their Paleo diet, their hatred of burpees. You may see hash tags claiming #StrongistheNewSkinny #YourWorkoutIsMyWarmup, #fitlife, and so on. If someone is into CrossFit, chances are within a few minutes of talking they will find a way to work it into conversation. It's like veganism and marathon running and fervent religion in that way. CrossFit is the largest growing fitness business in history. It's also is a private company that is wholly owned by one man. That man is the King of CrossFit, Greg Glassman. So how did Glassman, manage to build a company worth hundreds of millions of dollars without selling out? He did it by turning the entire fitness industry on its head…

Today, Greg Glassman is considered the most powerful man in the fitness industry. His rise to the top of the game is an unlikely one. He had polio as a kid. He took up gymnastics to build strength. One bad dismount in high school ended his gymnastics career and left him with a permanent limp. He went to college, then dropped out and became a personal trainer. His style of training was loud, brash, and unconventional. Gyms didn't necessarily see things the way Glassman did. He was fired from six gyms before he opened his own gym in Santa Cruz, California in 2001. This is where CrossFit was born. No one had any idea at the time what they were in for. 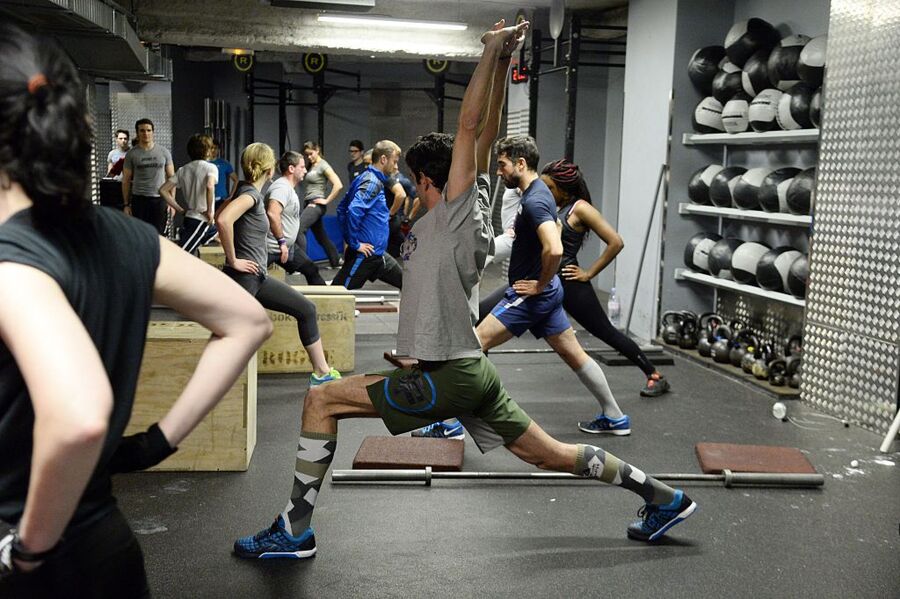 Today there are more gyms in America than ever before and yet, as a culture, we're fighting obesity in greater numbers. Glassman thinks he has figured out why. His CrossFit method of working out involves elements of weight training, gymnastics, and calisthenics; but it doesn't stop at just movement. He also has been very vocal over the years about the role of diet in building muscle. No matter how much you lift, how far you run, how many burpees you do—you can't outrun a four Twinkie a day diet. You can't out lift the effect of the French fries on your physique. You can't undo what a fast food diet does to your form. CrossFit and proper nutrition go hand in hand.

CrossFit is largely credited with the rise in popularity of the Paleo diet in which those who adhere to it eat like cavemen or women. No processed foods. That's no grains – no legumes – no dairy. Basically, if it grows or if it was born, you can eat it. If it requires further processing, you cannot.

Glassman hasn't invented any new exercises. Rather, he's taken classic moves like squats and deadlifts and tied other fitness elements together with the Paleo diet to create results. The elements of CrossFit involve nine fundamental movements woven together into a workout of the day (WOD). If you work out hard—CrossFit classes are typically an hour and timed for speed — and eat right — you will see success, according to Glassman.

It took just 15 years to go from that first CrossFit facility to a global phenomenon with 273,000 people around the world vying for a chance to compete in the ESPN televised CrossFit Games. More than 125,000 spectators took in the games that offer a top prize of $2 million. The winners are crowned the Fittest Man and Fittest Woman in the world. No one in the world is in better shape than the CrossFit Games' top athletes, according to Glassman.

Glassman says that what CrossFit does is "deliver you to your genetic potential…what nature would have carved a million years ago or you'd have been eaten."

Glassman runs CrossFit more like a biker gang than a business. For just $3,000 in annual fees and a two-day seminar, anyone can open their own CrossFit box. To become a trainer and spread the gospel of CrossFit, it costs $1,000. Glassman relinquishes nearly all control over his affiliates. They are free to run their box how and where they want. They can even open it right across the street from another CrossFit box. It is, quite literally, survival of the fittest. In fact, Glassman believes that the strongest will survive. Too bad for the other guy.

Glassman presides over it all from an office in Silicon Valley, where he posts WODs, videos, and information about CrossFit daily and gives it away for free. He believes what sells CrossFit is the result of the workout, not a hard sales pitch or clever marketing strategy.

There are roughly 11,000 CrossFit boxes worldwide. The workout inspires evangelical like enthusiasm among its devotees, whether they are soccer moms or soldiers. CrossFit has turned into a cult whose brand brings in $4 billion in annual revenue.

And remember, the entire operation is owned by one person, Greg Glassman. CrossFit, Inc., Glassman's purview, rakes in roughly $100 million by some estimates. Some analysts have placed the enterprise value of the entire company in the hundreds of millions, perhaps billions. CrossFit, Inc. is also midway through a 10-year deal with Reebok that has done a lot to raise the profile of both brands.

Glassman has it figured out. The business model is sparse. It requires very little capital, no real inventory or staff. He has his IT team, an army of attorneys protecting the brand, and hundreds of thousands of devotees of his style of fitness.

And through it all, Glassman says he's simply providing the right thing for the right people for the right reason. He is not trying to build a business. Greg Glassman has an estimated net worth in the hundreds of millions.