Did You Know That Blockbuster Had A Chance To Buy Netflix For $50 Million? They Chose… Poorly.

Remember Blockbuster Video? In the 1990s and early 2000s they were everywhere. The blue and yellow logo adorned a building on what felt like nearly every street corner. Kind of like Netflix's red logo is everywhere today. At its peak in 2004, Blockbuster had more than 60,000 employees in over 9,000 stores. Today, the company is out of business. Netflix, on the other hand is booming with more than 30 million subscribers and a market cap of $34 billion. But did you know that Blockbuster could have controlled both the mail order DVD and streaming business with a simple, relatively inexpensive acquisition? Unfortunately, a fateful decision in 2000 set the company on the road to disaster.

In the spring of 2000, Netflix CEO Reed Hastings boarded a private plane and flew from San Jose to Dallas for a meeting with video rental giant Blockbuster. At the time, Blockbuster had 7,700 stores worldwide renting mainly VCR tapes.

Hastings had co-founded Netflix three years earlier. He was banking on a pair of then emerging technologies: DVDs and a Website where movie watchers could order with a click of a mouse. For $20 a month, subscribers could rent an unlimited number of DVDs, one at a time. The DVDs arrived in the mail in the now iconic red envelopes. 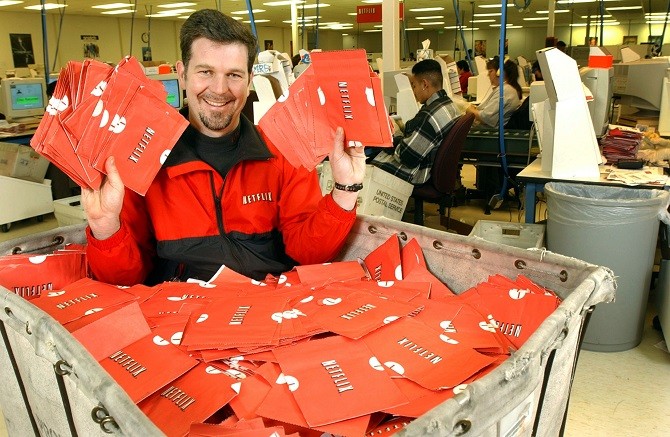 Hastings, a Silicon Valley engineer, was convinced that eventually movies could be rented more conveniently (and cheaply) by streaming them over the Internet. However, technology was not quite there yet in 2000, and Netflix was losing money. The company had only 300,000 subscribers and they were relying on the USPS to get their movies to their customers.

So, seeking a lifeline, Hastings approached Blockbuster with an idea. He wanted Netflix to become Blockbuster's streaming service. He proposed that Blockbuster buy a 49% stake in Netflix and absorb the Blockbuster name. 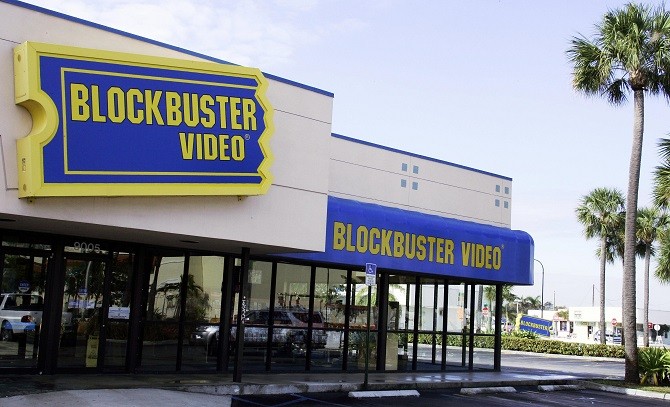 Hastings wasn't one to take no for an answer. After getting rejected once, he went back to Blockbuster at least three more times to pitch the deal. Blockbuster declined every time.

Why was Blockbuster so arrogant? Well, first off, the crash of the tech bubble hadn't quite begun to unravel at the time. Secondly, traditional brick and mortar companies still did not believe digital media posed a serious threat to their businesses. In 2000, most Americans still used dial up Internet access at home. The age of the DSL and Broadband had not yet fully exploded.

So Hastings flew back to California and went to work promoting Netflix. Four years later, Blockbuster launched its own subscription service, but by then, it was too late. Hastings has admitted that if Blockbuster had launched their own service even two years earlier, they would have driven Netflix out of business.

However, by 2005, Netflix had 4.2 million subscribers and that number was growing steadily. Meanwhile Blockbuster was on a downward spiral. Their subscription service was launched too late and could not find traction. By 2007 when Netflix began streaming movies and TV shows directly to computers, it had not just beat Blockbuster at its own game, but it entirely reinvented the game in the process.

In 2013 Netflix launched its first original programming series "House of Cards," which continues to be a critical hit today. Netflix accounts for more than 30% of all Internet streaming during peak hours in North America.

As of this writing, Netflix stock is trading at an all time high of $561 a share. The company currently has a market cap of $34.07 billion. Reed Hastings's net worth is worth $1.47 billion.

What was Blockbuster up to in 2013? They were also busy. The company was closing all of its remaining stores.

There is no more Blockbuster. Netflix has changed the way we watch TV and movies.

In the words of Julia Roberts' character in Pretty Woman, Blockbuster made a "big mistake…huge!"