Did Bill Clinton Have An Affair With Jeffrey Epstein's Madame Ghislaine Maxwell?

By Amy Lamare on June 3, 2020 in Articles › Entertainment

A new book about the Jeffrey Epstein case, called A Convenient Death: The Mysterious Demise of Jeffrey Epstein, is once again shedding light on the events surrounding the disgraced financier and his ties to a child prostitution ring that famous people, including Prince Andrew, Bill Clinton, and Donald Trump were said to be a part of – whether actively or by passively knowing it was happening and not reporting it. We probably will never truly know just what went on in the private parties at Epstein's lavish Manhattan mansion or on his private jet, the Lolita Express, but there's plenty of speculation around the events, including whether or not former President Bill Clinton had an affair with Ghislaine Maxwell.

Basically, the book, by Alana Goodman and Daniel Halper, alleges that Bill Clinton had an affair with Ghislaine Maxwell during the trips they took on accused pedophile Epstein's private jet. The book claims that Clinton and Maxwell had sex on overseas trips on the Lolita Express and that he also visited her at her townhouse in Manhattan. 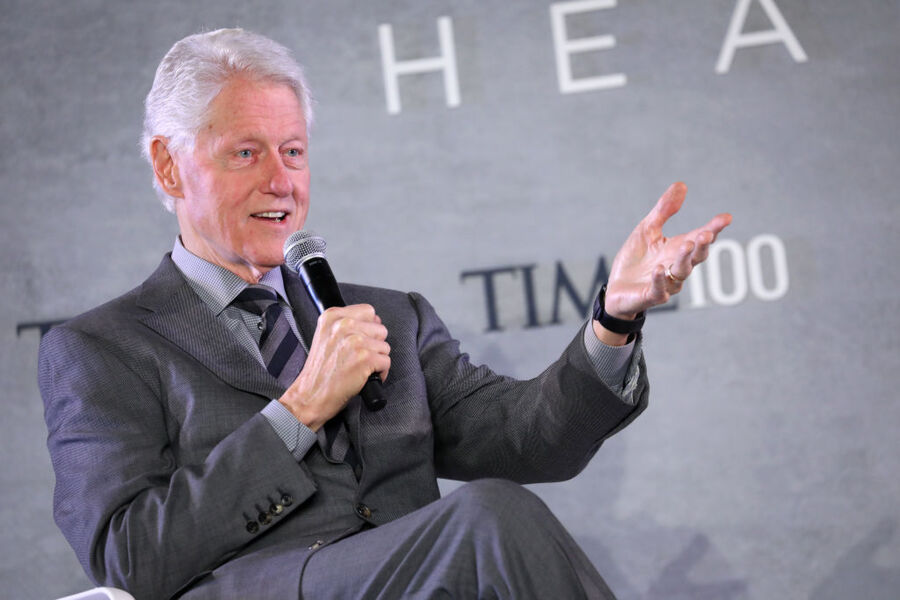 Clinton has denied having the affair with Maxwell. He also said he never knew anything about Epstein being a pedophile or sexually abusing young girls. Clinton's spokesman said on Wednesday: "It's a total lie today, it's a total lie tomorrow, and it'll be a total lie years from now."

However, the sources the authors of the book cited claim that Clinton was friends with Epstein only because of his alleged affair with Maxwell. He hung around Epstein so that he could be close to Maxwell. She was also seen next to Bill Clinton at various events in New York City including ones thrown by the Clinton Foundation. Maxwell was also a guest at Chelsea Clinton's wedding in July 2010. The book isn't the only place these allegations have surfaced. The same allegations are explored in the new Netflix documentary about Jeffrey Epstein. A former employee on Epstein's private Caribbean island of Little Saint James, claims he saw Clinton sitting with the pedophile on the porch of the island's villa. Clinton has denied ever visiting Epstein's Caribbean island but has admitted flying in Epstein's private jet on four occasions. Epstein's "sex slave" Virginia Roberts Giuffre has also claimed in legal papers that she also saw Clinton on the island. Giuffre alleged she once had dinner with Clinton, Epstein, Maxwell, and two other women from New York on the island. Giuffre also claims she saw Clinton later on the night of that dinner "strolling into the darkness with two beautiful girls…"

Maxwell has been accused of procuring young girls for Epstein and his buddies to have sex with. And not just young as in 22, young as in 14. A number of women who claim Epstein sexually abused them as teenagers have stated in lawsuits that they were recruited by Maxwell and several assistants. Epstein and Maxwell are also rumored to have dated and they were pictured together on his plane back in the early 2000s.  Maxwell has previously denied that she procured girls for Epstein or took part in any of his crimes. She has been in hiding since the charges against Epstein surfaced.